JCDecaux, who take over the street advertising contract in 2016 have developed a digital display that can flip from adverts to information signs.

Normally, they will display adverts, or a mix of local information.

One potentially useful option includes putting tube travel alerts on the bus stops, so people heading to the tube might see a sign warning of problems, and save themselves the walk. 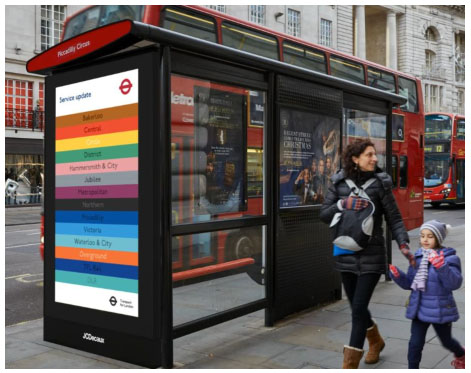 Other uses include local points of interest, and a potential use is crowd guidance during major public events, offering route information for crowds heading to a venue. 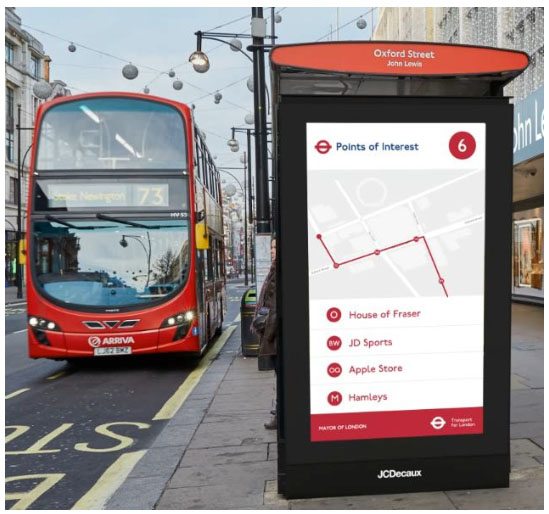 However, should the need arise, then TfL will be able to override the digital advertisements, via a secure facility in which they can upload/store a selection of JPG files (or a twitter controlled message template) that can then be assigned to individual screens/groups of screens.

The messages could be nothing more serious than warnings about blocked roads ahead, although they could be used for more serious alerts if needed. 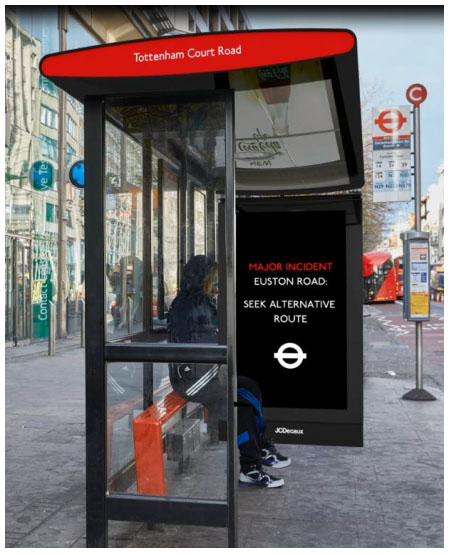 TfL is in the process of applying for planning permission for around 550 bus stops to be upgraded within zones 1 and 2 (out of a city-wide portfolio of 5,000 bus shelters). Some will be replacements for existing static adverts, others will be installed at bus shelters that currently lack any advertising units.

If granted, then the rollout should start early next year and be completed by the summer time. Expect to start seeing travel alerts popping up on a bus stop near you.

Although putting more information about travel and local services fits in with TfL’s wider programme, this particular one could also increase how often people notice bus stop adverts. If people are encouraged to look at the display for information, then there is a greater chance that they will look at it when there is an advert displayed instead.

That leads to more recognition for the advertiser, and higher advertising revenues for TfL.