Published 16 August 2015 by Events and Tours

A curious collection of paintings based on the concept of the Victorian “cabinet of curiosity” has been erected in the courtyard of the British Museum. 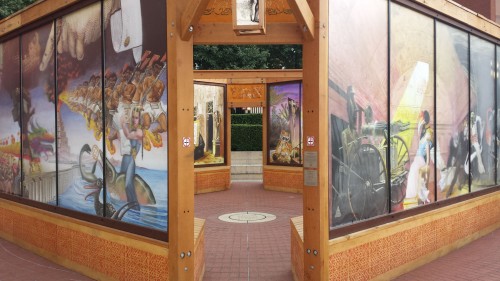 Beginning as black and white collages, the four pieces were developed into 8’ x 20’ lightbox murals that were arrayed around the base of the Burning Man effigy to support the 2014 festival’s theme, “Caravansary”.

Four huge screens, with seating on the inside, and lanterns at the four corners. It’s a curious work, part Monty Python, part Hindu myth, part classical art set in a wooden structure that wouldn’t look out of place in a Buddhist temple. 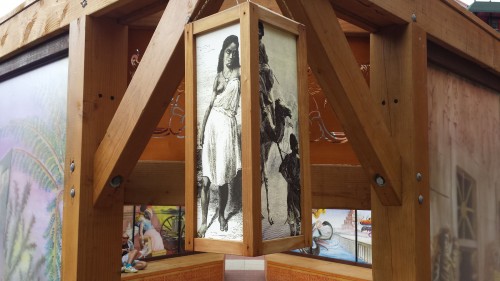 It’s also lit up at night, although nighttime is in short supply at the moment. The display sits in front of the British Library and will be there until the end of October, so it might look better closer to being taken down. 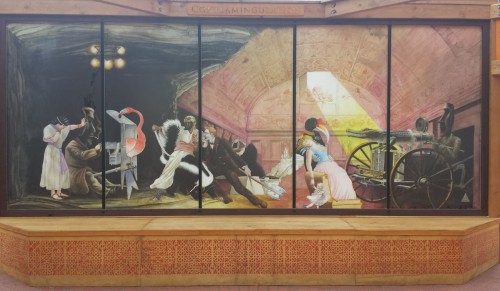 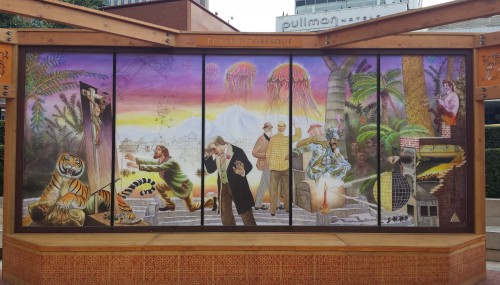 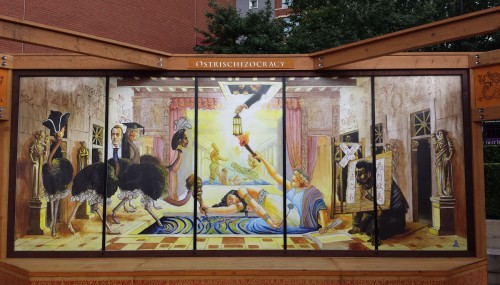 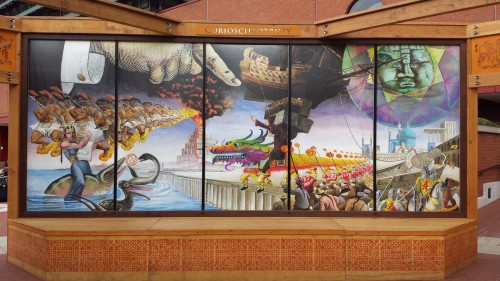