Build your own Brutalist London

While architects and construction workers labour to erect mighty buildings of concrete, it’s possible to do the same in your home, from paper and glue.

A book that is part architectural essay, and part a delightful afternoon building paper models is the Brutal London by the polish group, Zupagrafika.

Opening with a forward by Norman Foster, who talks about the importance even today of building models of buildings he designs, and then essays about nine of London’s iconic brutalist buildings, but then you also get to play.

At the back are cardboard cutouts which you can then pop out of the book and with some glue and, in cases, some patience (and maybe the odd bit of sellotape), build scale models of the buildings you’ve just read about.

Sadly, the Robin Hood Gardens are now in the middle of being demolished.

People disliked them because they were raw, uncompromising, and thanks to lack of maintenance, didn’t stand up to wear and tear. But the apartments within the blocks are large and spacious. The bland buildings that replace them will have smaller rooms and far less character.

Soon, your cardboard cutout model will soon be all there is of these pioneering blocks of social housing. 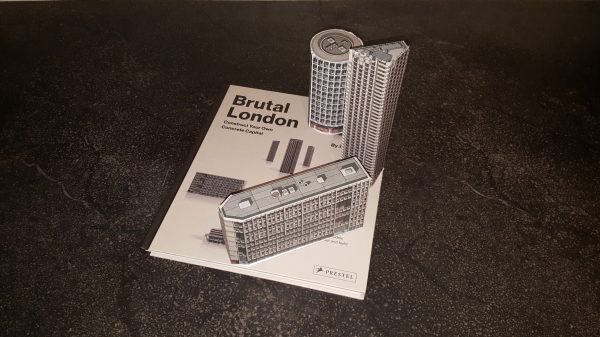 Incidentally, the term brutalism is rather an unfortunate anglicization of a French word. It originates from beton brut — for raw concrete, which was adapted to brutalism by the British architectural critic Reyner Banham.

Today people think of brutalism as a phrase for ugly uncompromising buildings, but it once meant simply letting the concrete be visible, and not covered in facades.

Done well, raw concrete looks lovely, whether incorporating the shapes of its moulds — such as a wood slats at the Southbank, or the painfully difficult work done to expose the aggregate core at the Barbican.

But, this book lets you make your own brutal city, shorn of the decay of decades that afflicts the real buildings. 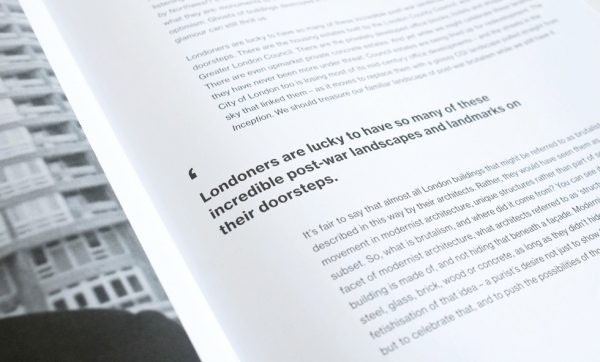