Britain: One Million Years of the Human Story

What would a timeline through a million years of the history of Britain look like? Well, mostly ice, and mostly not Britain, thanks to the vagaries of climate change over the aeon.

But to answer that question is the topic of the Natural History Museum’s annual summer blockbuster exhibition, which has been widely promoted recently with the genial face of a presumed Neanderthal man who once lived in England before foreigners arrived in the form of Homo Sapiens.

Yes, you and I, and UKIP supporters, we’re all ancestors of European invaders of Britain who then displaced the original inhabitants.

Or maybe bred with them — although that bit’s a tad controversial at the moment. 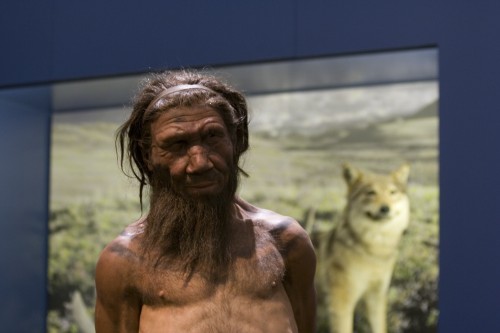 The exhibition itself is laid out as a series of rooms, each focusing on one epoch within Britain’s history. For the purposes of this, the fact that for much of Britain included the inhabitable grasslands of what is today the North Sea is conveniently mentioned just in passing.

Temperate times, to times when Britain was abandoned by everyone as it was covered in an ice sheet, from which the UK is still recovering. Yes, Scotland is still bouncing up slightly from the now missing weight of all that ice, and in turn ever so slightly causing the South East of England to sink a bit.

Rich warmth returned, and where once an ice sheet stood visible to anyone daft enough to stand there, now hippos swam in the early Thames. 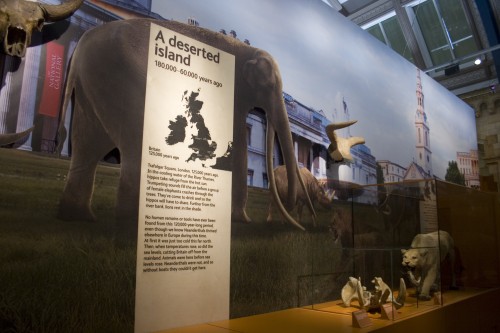 The Thames incidentally wasn’t then where it is today. The Thames having moved around quite a lot, even within the past few thousand years, before mankind constrained its meanderings with stone and brick.

Dotted around the huge display boards are the historical relics, the bones and flints, the skulls and skeletons, the petrified wood and fibre remains — all that tell experts so much about how the past looked and felt. 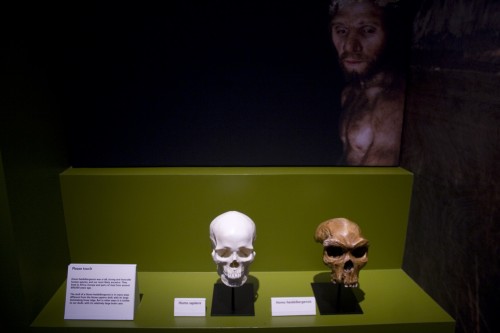 It’s all very interesting, and yet, I can’t help feeling that something was missing from the exhibition.

Somehow I left informed, but not emotionally connected to the artefacts. Maybe it was because everything was just too clean, too neat, too lacking in, well, humanity that made them seem oddly remote.

I felt as connected to them as I do to a display of modern art — and some of them could well be found in a modern art gallery. 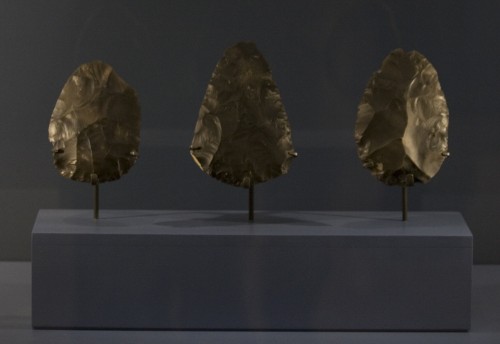 The display needed more representations of how the objects were used, why they were used, and when. Weapons and cutting flints seemed sanitised and lacking context for how they would have been used by our deep ancestors.

The display of the oldest known burial was just a footnote, with bones in a clinical case. How much more evocative to have had more information about the burial, and the bones within a representation of the site they were found in. 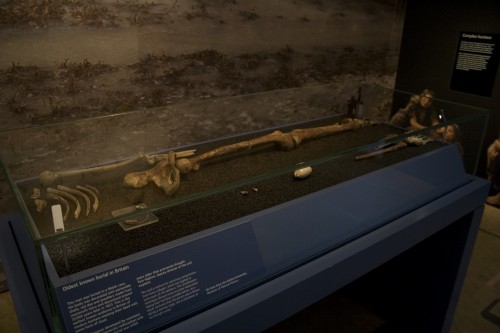 Overall, it’s a good decent honest exhibition. But, it’s not a summer blockbuster.

Britain: One Million Years of the Human Story is open until the end of September — entry is £9. 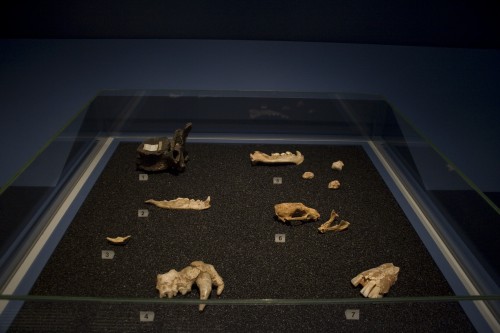