A press release announces that “paying for Barclays Cycle Hire will become even easier from 2 January”, although none of the changes make the paying bit any easier whatsoever.

What is easier to understand is the cost of the service, not the paying for it.

Paying for it still requires a plastic card slotting into the bike hire stand, or an account on their website.

However, the ramped charges, which were designed to deter long hire durations are being revamped to a single flat fee, which does make it easier to understand, if not to pay for.

The £2 day charge is unchanged, but a new flat £2 per 30 minutes rate replaces the old ramped charges that jumped sharply if you used a bike for more than 2 hours.

But the only winners out of the new deal are medium duration cyclists — those who want to hire the bike for a few hours rather than peddling a bit and dropping it off.

However, once you hit 2.5 hours, the rate is the same at £10, and then it actually works out cheaper thereafter until you hit the magic 12.5 hours.

At that point, the current rate maxed out at £50 for the rest of the day, where as the new rate keeps on climbing, at £2 every 30 minutes.

If you were to hire a single bike for the entire day, then the new rate would cost you a hefty £94.

TfL say that the new charging regime is aimed to be revenue neutral, which implies that a lot of people are hiring for the bike for a single ride averaging 2-3 hours, rather than grabbing it for 30 minutes and dropping off.

Or alternatively, if you are planning a day trip to Paris, the hire cost just went up to £60. 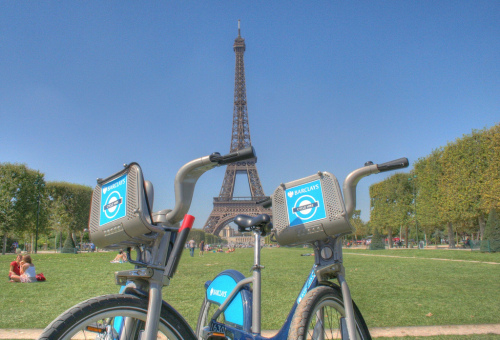