The list of venues opening for this year’s Open House Weekend will be revealed next Friday (14th Aug). 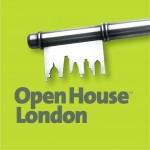 At that time, booking for those venues that need booking will also open.

Unlike a few years ago, they aren’t taking bookings themselves, mainly as their attempt to do so sent their website into meltdown for days, and resulted in lots of lost bookings for lots of people.

Instead, venues will take bookings themselves – usually via an email or an alternative website.

They will also be supporting the ballot scheme, which does let people book a venue in the middle of the day instead of frantically sitting at their desk at 9am (or 10am, or whenever it goes live). Unfortunately, it also means people request everything, in the hope of getting something, and sometimes are “lucky” enough to be double-booked.

If you want an alleged heads-up on the events, you can buy the guide, which will be posted to you.

I used to buy the guide every year, but have frankly given up as for the past few years, it either didn’t arrive at all, or arrived after the website went live. I like to support the charity by buying the guide, and as a bonus you used to get a few days advance warning of the website listings. But not any more.

In fact, I haven’t done Open House for the past couple of years as I have been a volunteer at one of the venues open on the Saturday, although for some reason we don’t get the “queue jump” badges handed out to official volunteers to use the next day.

Anyway, check out the Open House website on the morning of Friday 14th August.

Here’s an insider’s trick to finding some of the venues that will require booking. Don’t tell anyone I told you. Shush!