Oh, it’s had some polish added, and some retiling, but unlike the main entrance which transformed from a dingy little entrance into the massive glass atrium we have today, the Puddle Dock route seems overlooked. It’s also of minimal utility unless you happen to be heading south on the Thameslink. Want to go north, then it’s of no use whatsoever. And if arriving at the station from the south, well, sorry, nope you can’t use it.

So where can this rather peculiar little entrance be found? 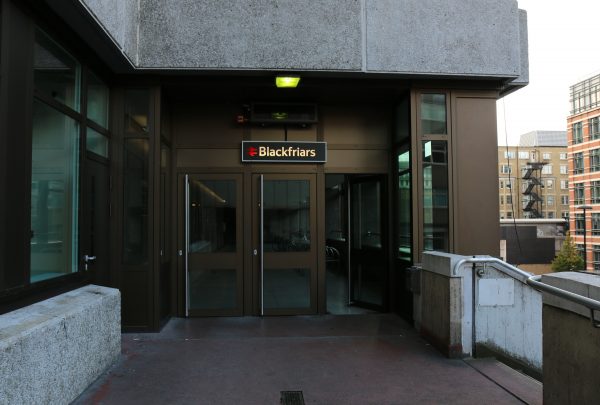 If you happen to be at the modern entrance, turn left and walk around the side, under the railway bridge and along the large monolithic office block until you come to the Puddle Dock road junction.

You’ll spy two sets of concrete stairs leading to a walkway over the road — from a time when the City was planning for more of these to elevate pedestrians above the streets.

Anyhow, head up either of the stairs, and here is the lesser entrance, with its 1970s bronzed framed doors.

The doors lead to a corridor that has been carved out of the second floor of the office block, which incidentally belongs to the railway. A recent refurbishment has seen the interior revamped for modern working, and the exterior was given a clean.

The corridor remains though, and that can be partly due to the fact that Network Rail own the building, and still have around 350 staff working in it. 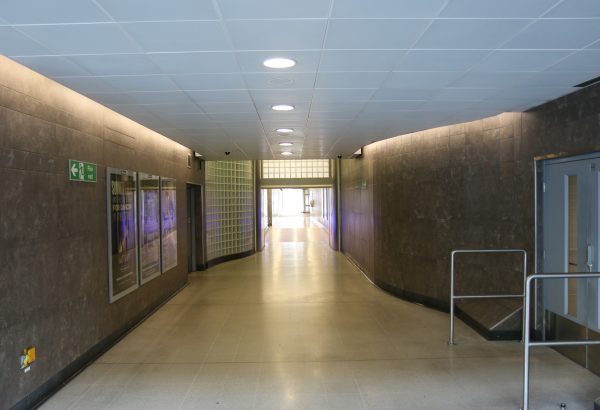 Head down this little-used corridor and turn, and sight unseen on the other side of the wall is a huge void space that lets light into the offices.

But at the end, it leads onto Blackfriars Station concourse, if you want platform 1, for trains heading to south London. Want any other platform, and you head downstairs, and back up the other escalators — and that’s just as quick a route as if you had used the main entrance anyway. 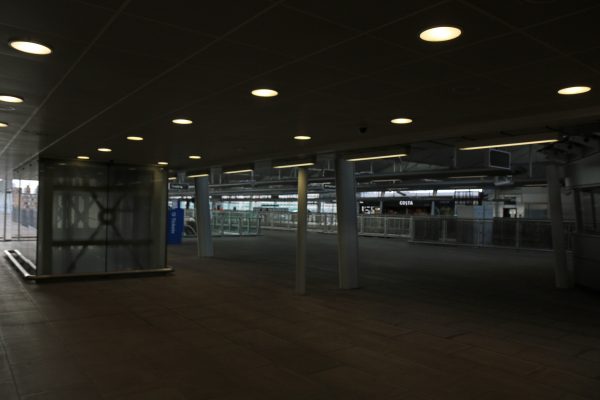 So here’s a curious relic of 1970s planning that could have been removed during the office block and station refurbishments, but wasn’t, and we should delight that it still manages to cling onto existence.