Behind the scenes tours of Shepherd’s Bush tube station

Concealed parts of Shepherd’s Bush tube station dating from its original construction in 1900 will be visible again, as the London Transport Museum adds the station to its itinerary of Hidden London tours. For the first time, people will be able to explore historic sections of the original Shepherd’s Bush station that lie concealed behind unassuming doorways and grilles of the modern-day station. 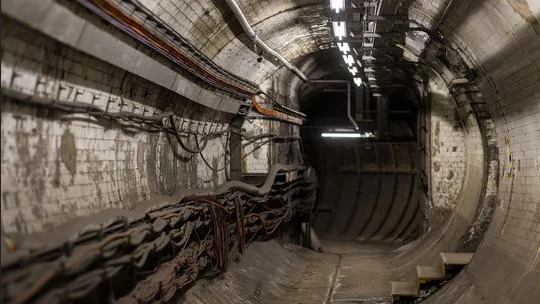 As with much of the early deep-level tube network, it was originally supplied with lifts, but these were replaced with escalators in November 1924 leaving the old lift shafts behind. In the late 1930s the platforms were extended to serve longer trains — and that’s why the two platforms merge to form an island platform at the far end.

On the tours, visitors will see examples of early Central line station design features – such as corridors and lift shafts lined with the station’s original white glass tiles. The new tour will also be the first Hidden London location on the Central line, with guides ready to share stories about London’s third oldest deep-level railway and its evolution over the years to accommodate today’s Londoners.

The tours last around 70 minutes, cost £44 / £39 concessions and go on sale next on the following dates:

For more information about the tour, go here.

More in-person tours of the disused sections of Euston, Moorgate and Piccadilly Circus Underground stations will also go on sale. A new season of virtual Hidden London tours will also be available to book, with a vast array of experiences to pick from.

The full range of Hidden London tours is here.