If you like graphics or science, or graphics combined with science, then get along to the British Library as they have combined the two into an exhibition.

Turning complex information into something that makes a person go “ahhhh!” is an art form in its own right and often results in content that is artistic as a stand alone document.

Unlike the plague of so-called infographics that rarely present a single piece of complex information in a bold determined manner, actual representations of statistics in graphical forms are an exceptionally powerful tool.

A tool that is often used to sell a political message, or persuade politicians of the need for something to be done.

Turn a sheet of dense numbers into a simple pie-chart, and people simply “get it”, and do things. As Florence Nightingale so famously did with her graphics that turned long lists of mortality causes into as simple diagram and showed quite literally in the blink of an eye what caused the most deaths in war.

Not bullets, but germs. 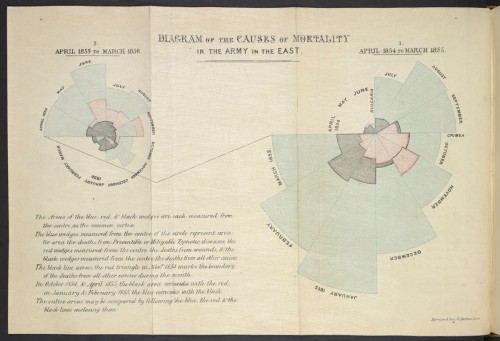 Ever since that simple diagram changed political fortunes, people have turned to the graphic to illustrate the complex.

The hockey stick for climate change, Booths maps of poverty, John Snow’s cholera charts, all made it easier for the layman to understand not the science, but the conclusion it reached.

It actually seems a curiosity to me that with ever greater tools at our disposal to present information in graphical form, there is a movement away from the simple representations to the highly complex.

Gone is the simple chart, and in comes the mega-charts, the more is more, pack in as much information as possible approach. In part this seems motivated by the skeptic movement that dismisses simple representations as misleading, which in fact is true, they are.

However, the graphic is there to sell a single sentence, a simple conclusion, the end result of reading an essay — it is not supposed to be the essay itself.

They also benefit from being aesthetically pleasing as well as easy to understand.

This display is mostly about the visually pleasing, and is therefore mostly filled with historical documents, although some modern variants are included. 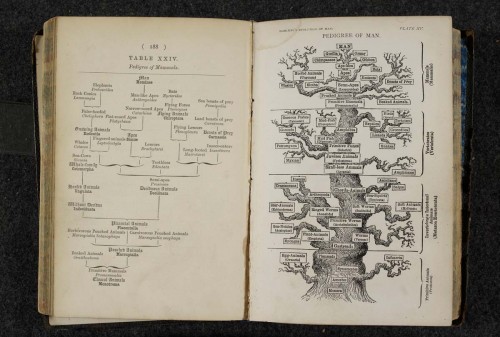 One off-topic observation, whenever the tree of life is shown, the current crop of animals and plants are shown at the end of the tree, as the natural conclusion of evolution, whereas we are simply the current stage in an ongoing process.

Would be nice to see a few of those “trees” having dotted lines continuing to spread outwards indicating the unknown future, as a reminder that we are not the apex of evolution, but just a small part of the line line of changes that will continue long into the future. 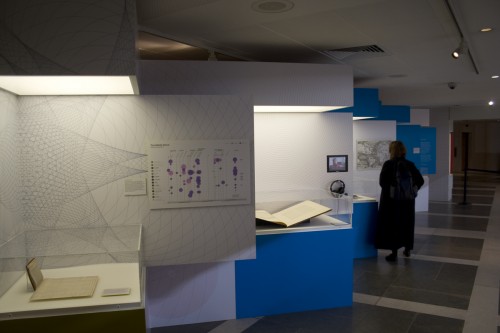 The exhibition, Beautiful Science: Picturing Data, Inspiring Insight is open until the 26th May. Entry is free, and the gallery space is on the upper level behind the main reception desk.