A sizable museum sits inside the Bank of England, and they have recently refurbished a small corner to show off the history of the banknote. A timely decision as the bank which houses the museum is about to launch the first polymer-based banknote next week.

The exhibition shows off some of the earliest banknotes, which are Chinese in origin, through the history of English banknotes and on to the latest development that is due to launch. 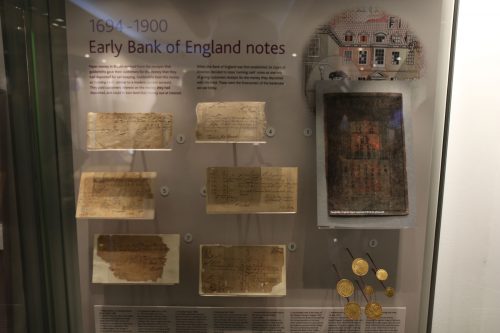 It’s a modest display, within a much larger museum, and can be a bit difficult to see things in tall narrow cabinets if it gets crowded (as it was for a preview this morning).

Some of the displays look at how banknotes are designed, then those large designs shrunk down to the metal plates that eventually churn out the bank notes themselves. 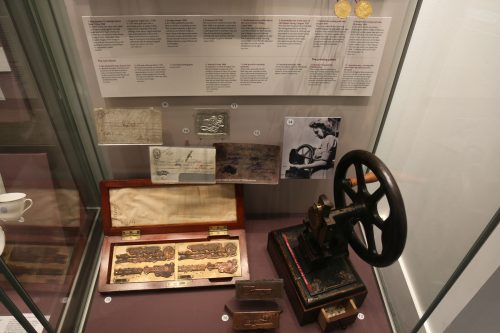 Others at the perpetual danger from fake banknotes, and the Chinese warning that early fraudsters faced the death penalty. During the Bank Restriction Period in the early 18 th century, hundreds of British forgers also received the death penalty for counterfeits of Bank of England notes.

Today, banknotes continue to fight the battle, and if you’ve ever struggled to photocopy a banknote, this is why.

Among those forgeries on display are brilliantly plausible notes which are surviving evidence of Operation Bernhard, the Nazi plan to flood and ruin the British economy during WW2. Created by prisoners at Sachsenhausen concentration camp, the notes were intended to be dropped by plane over Britain, picked up and used by members of the public. While this never happened, the Bank was forced to withdraw all notes over £5 and re-design the £5 note after the forgeries began to appear in circulation in Britain.

Fascinatingly, it seems that in the days before reliable banking and cheques, it was commonplace to send money by ripping a banknote in half and sending both halves separately. Official strips would be used to stitch them together again, and if half was lost, the banknote could still be redeemed by the Bank of England.

A display of modern banknotes from the past century can be nostalgic, especially for those of us who used to be paid in cash each week and remember how so many pints were paid for with a certain type of fiver, or if feeling really posh, maybe even a tenner. 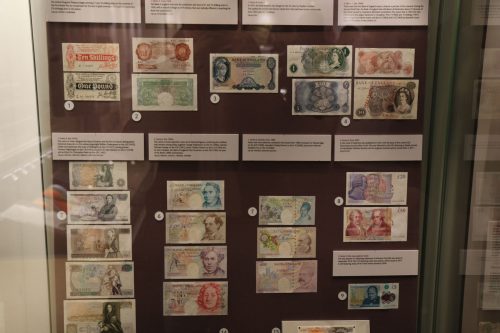 Of course, the nostalgic memories of banknotes are fading, as the cashless society takes over. It won’t be many more decades before a gallery of banknotes becomes a museum to a past world. 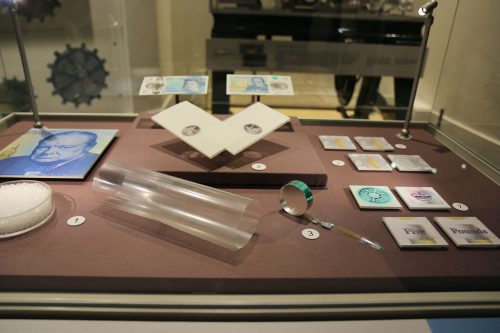 Although the new gallery is modest, the rest museum is worth a visit as it is really quite good, even if the opening hours are a bit frustrating — at just Mon-Fri 10am-5pm.

They are open during London Open House weekend, but as that includes going inside the bank itself as well, the queues can be lengthy.

Incidentally, thanks to the quirks of legal technicalities, although it is seen as closely linked to HM Treasury, the Bank of England is actually owned by the Government Legal Department, which reports to the Attorney General, not to the Chancellor of the Exchequer.