Bagpuss, Clangers and a Steam Train

There is a small corner of a museum for children that is currently filled with excited adults screaming and sighing in delight, as Bagpuss, the Clangers, Ivor the Engine, et al have arrived.

The exhibition is actually about Smallfilms, the two-man company that produced the childhood memories for such a large portion of the British population, and each glass case is devoted to one set of programmes they created.

The camera used is pure Heath Robinson, being propped up on bits of wonky wood and using meccano to hold parts together. 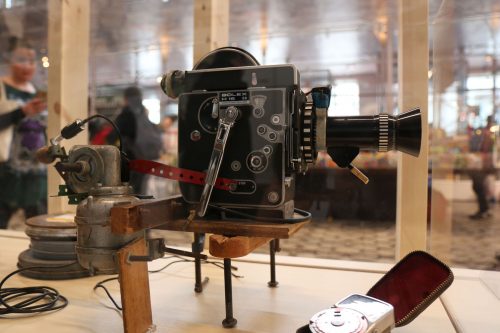 However, the glass case that had adults crowded around and sinking into nostalgia-central, was Bagpuss. Sitting on a cushion, the regal puss nonchalantly observed the adoring crowds while surrounded by his court. 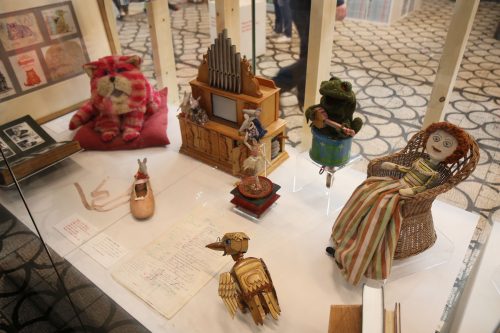 The clangers were almost as adoringly spied, and photographed by adults taking selfies like born-again teenagers. 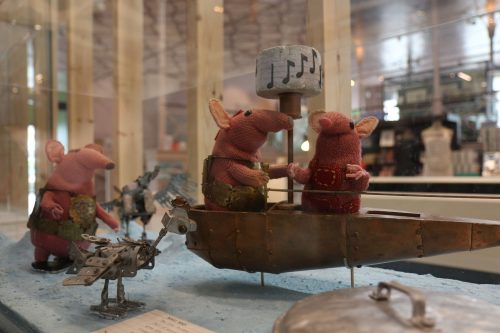 As a train geek, the sight of Ivor the Engine was for this correspondent the case that bought back memories, as did the less well known Noggin the Nog, the images of which did much to shape my imagination of “the north”.

Incidentally, the name of Noggin is said to have come after Neasden station, which Peter Firmin thought of ‘Noggin’. 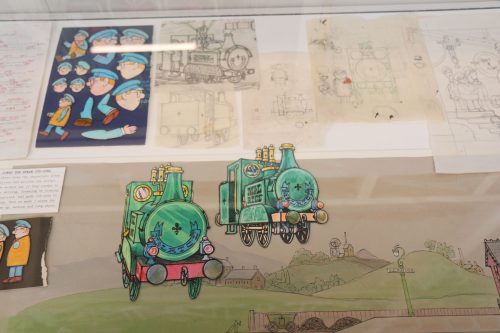 Flying trains in the air

The display is at the Museum of Childhood until 9th October.