Solved – How to keep pigeons away from bird feeders

I live in a fifth floor flat with a balcony and it pleases me to put some bird feeders out for the local avian wildlife.

Over the past few years though I have experimented with a range of ideas to prevent pigeons hoovering up the food. I don’t intrinsically object to pigeons, but while most birds eat a bit then fly off, pigeons eat every scrap of food in one go – denying it to other birds.

Their excrement is also rather larger and more yeuky to clean up.

So, how do I design a pigeon proof bird feeder?

One thing I learned quickly is that pigeons have an evolutionary failure in their design – they only work when upright. Most birds can hang onto a branch at an angle. Pigeons can’t. So, placing food such as suet feeds next to an angled branch or pole ensures that most birds can feed, but pigeons are denied.

The problem is that smaller birds didn’t seem that keen on the suet feeders – unlike the magpies and starlings, so how to attract the rather cuter bluetits and robins?

Unfortunately, pigeons near me seem to have been evolving into giant humming birds – and would basically leap up to the bird feeder, cling on to the rest bar, and flapping like mad, knock a load of seed onto the floor, where they would then eat it.

Not wishing to be responsible for the evolution of giant hummingbirds in the UK – I revised the plan.

After some hunting for suitable pigeon proof feeders, I decided to trial a squirrel proof design – well, pigeons are flying rats, so there should be some sort of crossover. Shouldn’t there? 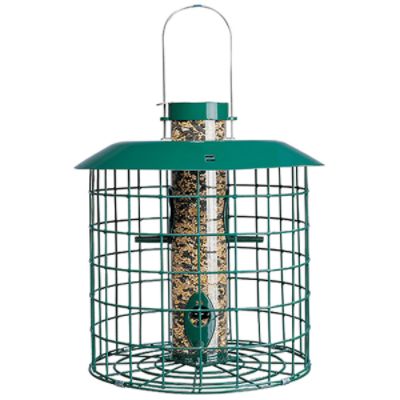 The pigeons now had something substantial to cling onto while flapping their wings, and while the model I purchased had a solid floor to stop the seed falling to the ground, the pigeons simply reached through the cage and ate from the holes in the tube for the smaller birds.

Cover those parts of the cage with wire – leaving gaps for the smaller birds elsewhere. Nope – while the smaller birds were not detered, neither were the pigeons – they just squeezed their way through other spaces.

What I needed is either a bird feeder cage so large that pigeons couldn’t reach the interior goodies, or… some way of making it impossible for them to cling on to the outside.

In effect, I needed this! 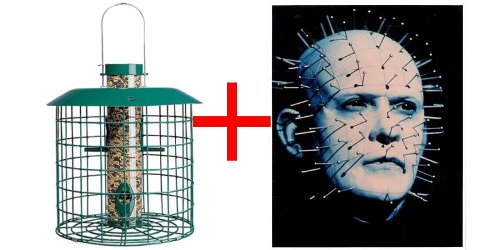 As an experiment, I took some garden plant supports and using picture wire secured them to the cage so that they stuck out at random angles.

Initially, the pigeons seemed confused and several times launched themselves at the newly protected structure, only to come away with sore chests as they jumped at the spikes. They swiftly learned that was a mistake.

After a couple of weeks of testing, I can proudly announce that the IanVisits Patent Pigeon Proof Bird Feeder is a success! 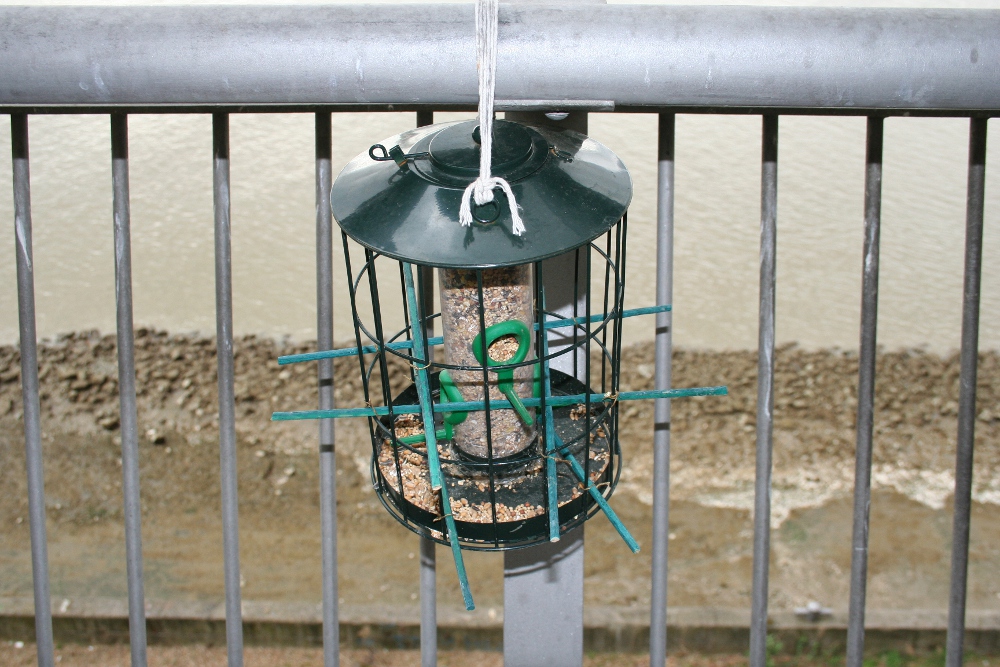 The smaller birds actually quite like the extra spikes on the outside, although so do the Starlings, which may be an issue if you don’t like them. It’s not elegant as a design, but it works. And that is the key thing.

I also declare that any company manufacturing a bird feeder based on my design is FREE to do so, and please do so quickly. Households wanting to keep pigeons away from bird feeders need this.