At £44,995 per person, is this Britain’s most expensive train trip?

What could well be the UK’s most expensive train trip has been announced, at a mere £44,995 per person — but that does get you 10 days of luxury in a steam train. 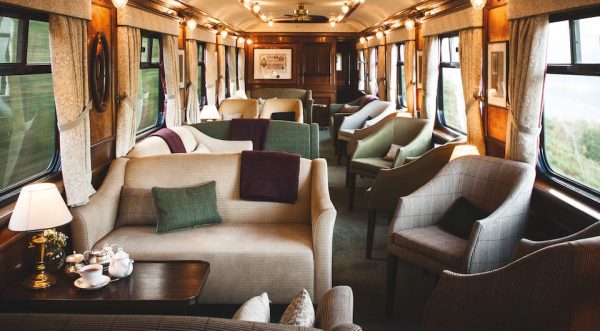 The 10 day trip is to mark the 10th birthday of the UK’s youngest steam locomotive, the A1 60163 Tornado. Blimey, has it really been 10 years already?

In October 2018, the super-rich will be able to spend nearly two weeks on a tour all around the UK in luxurious Belmond Royal Scotsman carriages.

It’s not just spent on the trains though, as this is a classic Grand Tour, with visits to stately homes and castles along the route that starts in Edinburgh, loops around Wales to Ffestiniog, via bath, Salisbury, Oxford and back up to Edinburgh.

Just 38 tickets are being sold for the ten carriages, which gives you an idea of the luxury on offer, which is not surprising as tickets cost as much as £44,995 per person, although if you don’t mind sharing a bedroom, you can get tickets for a mere £29,995 per person.

Network Railcard discounts do not apply.