The Special Forces emerged from the Second World War and have been a constant in the shadows of military operations ever since. They came famously into public view during the dramatic rescue of hostages in the Iranian Embassy, and more recently thanks to books written by former special services operatives.

As such, the actions of the SAS in particular are probably never as widely thought to be known than ever, but officially, since 1945, government policy has always been to neither confirm nor deny any activities the services might have undertaken.

An exhibition about the Special Forces can therefore be slightly constrained, in that it can show official documents prior to 1945, but anything since that date comes from people working outside the forces today — the Andy McNab’s of the military.

A lot of the exhibition is therefore of weapons known to be used by the special forces, and documents that date from its foundation, and a number of covert tools or trophies of war collected. 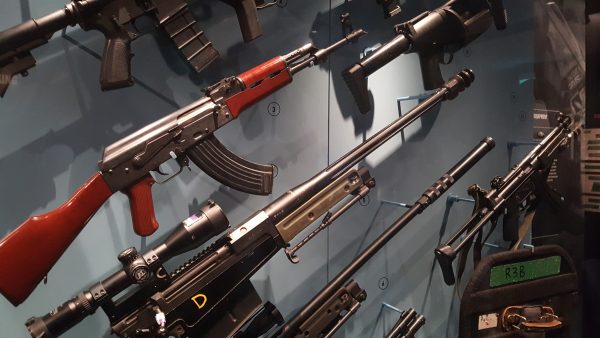 While the common image of the Special Forces is of weapons, balaclavas and daring attacks, they spent much of the post-war years in working covertly with local resistance fighters in countries such as Malaysia, supporting and encouraging them to work in British interests. 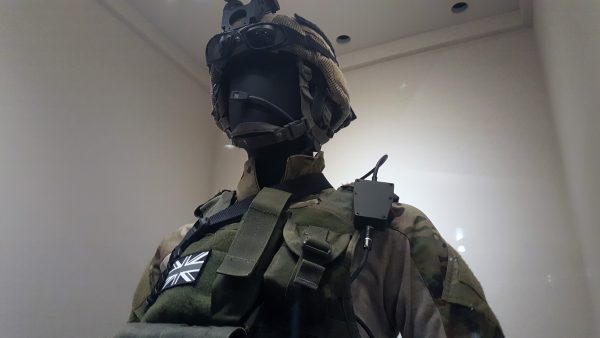 The Special Forces were more a tool of soft power, within an iron fist, than the popular image from the Iranian siege. Today, thanks to actions in Sierra Leone, Iraq and Afghanistan, they have an history that more readily plays up to the stereotype. 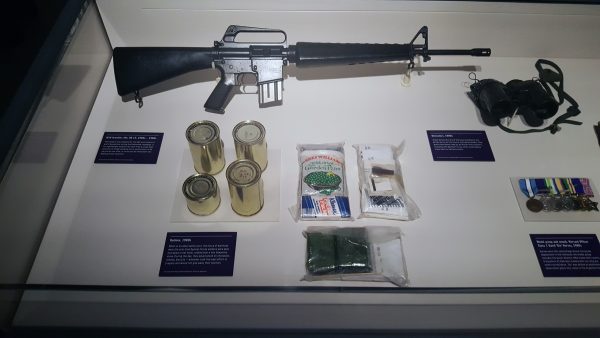 One nice touch is a series of photos of landscapes, and you’re encouraged to try and find the special forces hiding in plain view. Fortunately, a helper panel tells you where to look, but even then it’s difficult to spot them.

While the SAS is famous, and the SBS moderately known, their secrecy is nothing compared to the shadows that lurk around the three other special force division in action.

The Special Reconnaissance Regiment was formed in 2005 to deal with the growing threat from non-state terrorism. The SRR is the most secretive of all the special forces, and the exhibition says that very little is known about them. Also established in 2005 is the Signal Regiment, which is presumed to deal with communications, but little is known for certain.

The youngest of the super-secret divisions is understood to be in action right now, in Salisbury. The Special Forces Support Group was only formed in 2006 as a rapid reaction support for the SAS and SBS. But they are also specialists in dealing with a domestic CBRN (chemical, biological, radiological or nuclear) attacks.

The actions in Salisbury give the exhibition about the activities of the special forces an unexpected topicality.

The exhibition, Special Forces: In the Shadows, at the National Army Museum is open until 18th November. Entry is £8 per adult. 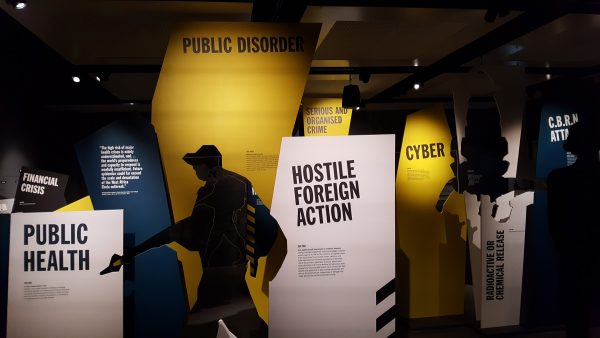