An exhibition of some of the finds from one of the largest archaeological sites ever dug in London has gone on display in the Museum of London. 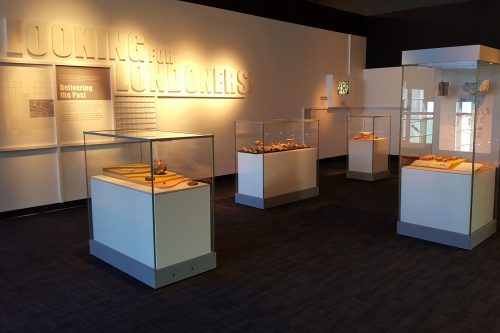 In 1975, the site of the General Post Office next to St Paul’s tube station was excavated, and revealed objects spanning a 3,000 year period, from the Bronze Age to the 20th century.

A small number of these objects are now on display in the small temporary exhibition area next to the main entrance to the museum. 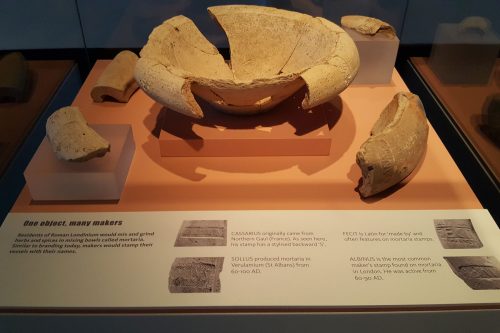 In addition to the exhibition, every weekday from tomorrow (12th Sept) visitors will be able to handle a selection of objects from the archeology site and help to archive pieces of animal bone into the museum’s collection. 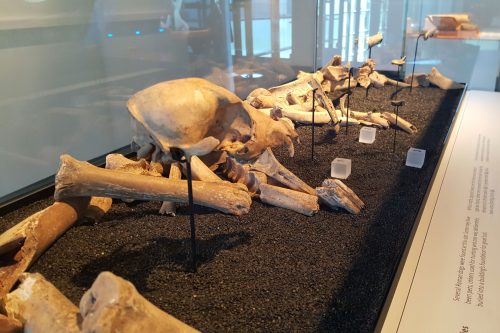 Some of the objects in the glass cases range from the only twisted clay tobacco pipe to have been excavated in London, popular in Victorian times, to an 1,800-year-old dog skull, and a 19th/20th century ceramic fragment with General Post Office branding.

The exhibition run until January 2017. 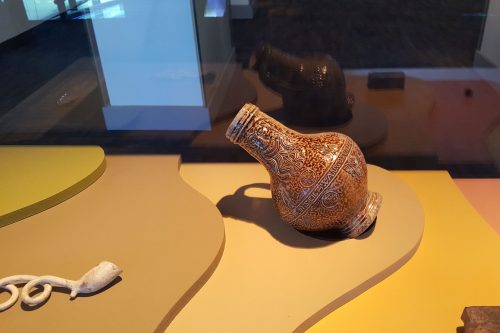 The Museum of London will also be offering free 45-minute walks to notable excavation sites around Newgate Street, every weekday at 1:30pm until the end of October.