Works to upgrade South Kensington tube station are set to start in the next few months after London Underground was granted planning permission.

South Kensington station is currently operating at near capacity. Visitor numbers, at around 34 million per year, are among the highest on the network and change is needed to better accommodate current passenger numbers and predicted future growth.

Attempts to upgrade the Underground station have been proposed several times since the late 1980s but have struggled to reconcile the cost of the upgrade being funded by over site developments and the vocal local lobby concerned by over development of the site. One exceptionally controversial proposal called for the demolition of the Victorian era shopping arcade entirely and a new round tower constructed instead.

Following a couple of years of consultation works, a planning application for a revised scheme was submitted last year, and permission for phase one of the upgrades was granted last month by Kensington Council.

The most urgent requirement for TfL is to improve access to the deep-level Piccadilly platforms by replacing the existing outdated escalators and eventually to provide step-free access from the ticket hall to the Piccadilly line. Doing this will see the Piccadilly line closed for some months — so before that can happen, they need to upgrade the District/Circle line platforms to cope with their expected increased demand.

The first phase concentrates on capacity upgrades with improvements proposed to the layout and design of the station concourse and the reinstatement of a separate eastbound platform with associated passenger facilities.

Taking advantage of the construction of the enlarged ticket hall, this phase of work will include the passenger lift shafts to the newly reinstated northern platform and the island platform in readiness for the provision of step-free access in later phases.

The glazed-roofed ticket hall is to be reemphasised as the central architectural element of the station concourse, with the current anti-pigeon netting removed and the later additions of cable ducks cleaned up. 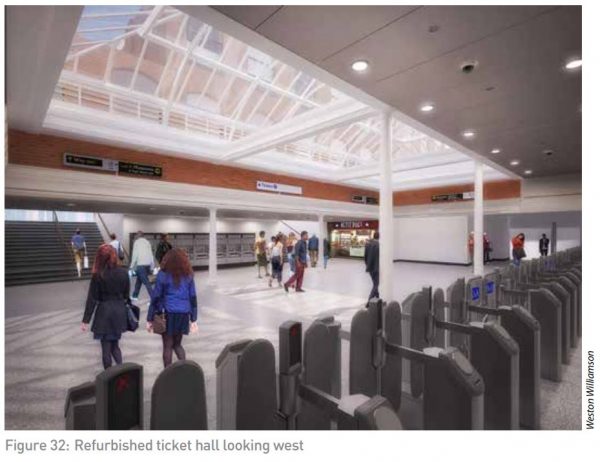 The wrought iron and glass roof will be restored, with three sides of the cornice to be restored with cabling and paraphernalia rationalised. It should see the number of ticket barriers — long a major constraint in the station — roughly double. 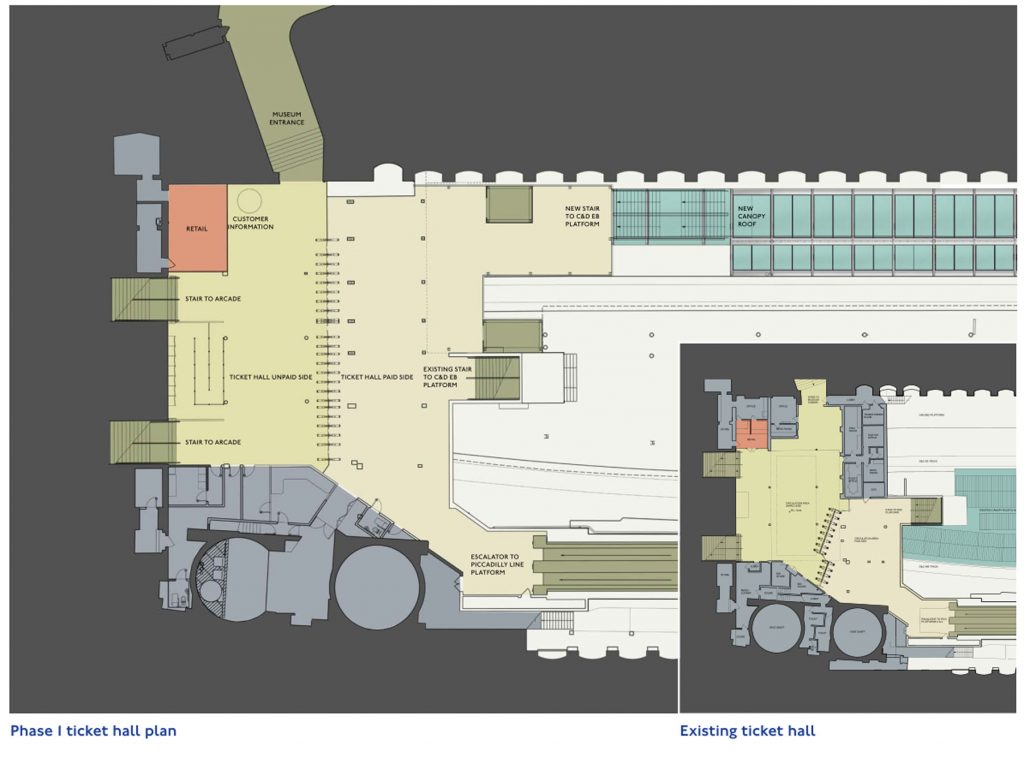 Key to the upgrades are plans to bring the disused platform back into use, so that passengers are split between two sets of stairs rather than all trying to crowd up one set as is the case today. 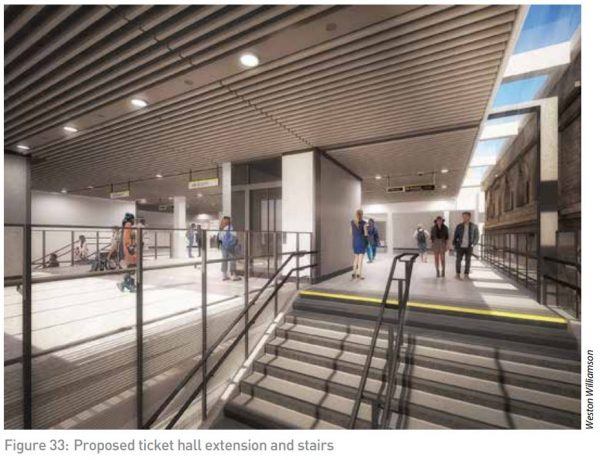 The existing disused northern platform will be demolished and a replacement platform extended to the south to allow access to the train from the northern side, rather than directly from the island platform as is currently the case. That should also roughly double the previous capacity of the old platform.

A new modern canopy will be added. 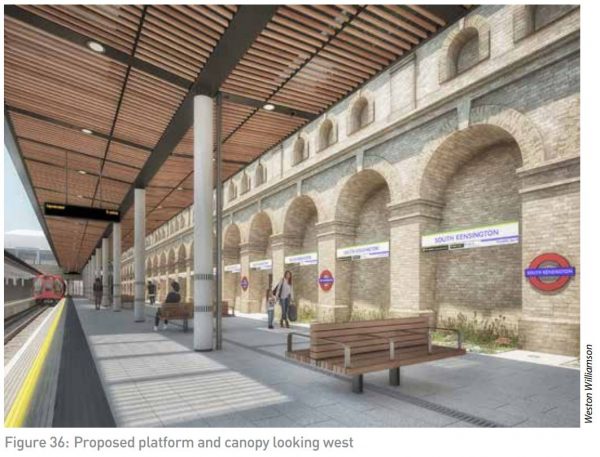 One possible problem is the operational requirement that the live rail on a track is positioned furthest from the passenger platform. They had planned a barrier on the other platform to prevent people falling onto the live rail, but planning permission for this addition was refused.

Now that most of the application has been approved, TfL plans to seek a contractor to carry out the works next month with building works due to start “in the spring”.

The plans expect them to be able to deliver step-free access from street to the District and Circle line platforms and museum subway in 2022, followed by the Piccadilly line platforms in 2025

Of course, this needs to be paid for, and some of the funding is to come from additional developments around the site. The expectation is for a row of new shops and homes to be built on the south side, which is currently notable for the big stack of portacabins and scaffolding. In addition, an additional floor could be added above the current “bullnose”, if the supporting foundations above the tracks can be strengthened.

The aim is to create between 50,000 and 100,000 square feet of commercial and residential floor space.