Shakespeare wrote for the theatre, and most of us still think of the plays as something to be seen live on a stage, but they also appear on another stage — the soundstage of a film set. The BFI on the SouthBank noticed that 400th anniversary, and apart from a related film season also have a display of props from various attempts to put the Bard into celluloid. 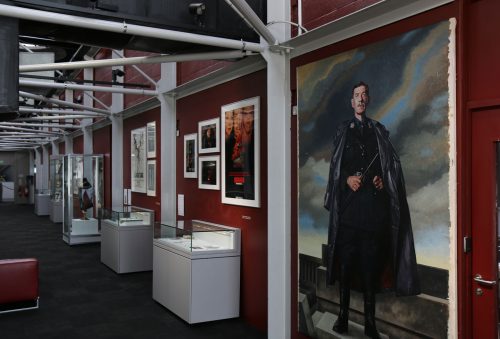 With original artworks and promotional material from the BFI’s Special Collections – including designs for Laurence Olivier’s landmark Hamlet (1948) – the display showcases some of the objects and people who have tried to film the plays.

Dominating the display is the image of Sir Ian McKellen as the fascist dictator in his reinterpretation of Richard III — and in a small box next to it, his fake moustaches.

It seems he started with 13 of them, but two were lost, presumed damaged. 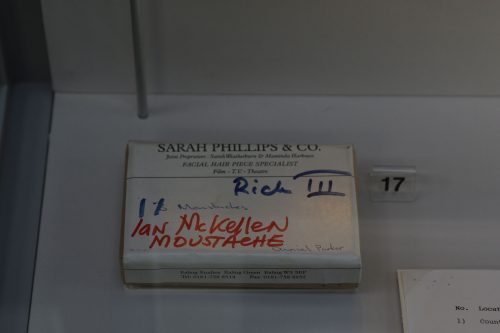 The rest of the display cases focus on the older film interpretations, including some stage scenery designs and notes from the filmmakers.

The exhibition is free, and open until 12th June at the BFI Mezzanine.