Another increase in Lost Property left on London Transport

Each year, they release annual figures, and yet again, there has been a rise in the number of careless minds forgetting to collect their belongings when leaving the train or bus or taxi.

The tram is separate and has its own lost property office.

We seem to be coming more clumsy, but more concerned with getting back what we lost.

Oh, and it’s worth making a note of your mobile phone serial number, if you lose it, they will want that to identify which of the bazzilion of iPhones in their warehouse is yours. The rarity of people keeping that serial number safe is probably one of the factors as to why nearly 60% of lost phones are not reclaimed.

Unclaimed items are usually sold off at auction, and along with unclaimed cash and other admin fees, the Lost Property office generated £734,641 in revenue during the past year.

If you do lose an item on the TfL controlled public transport, it is held at the nearest ticket office for a week, and then transferred to the Lost Property office. 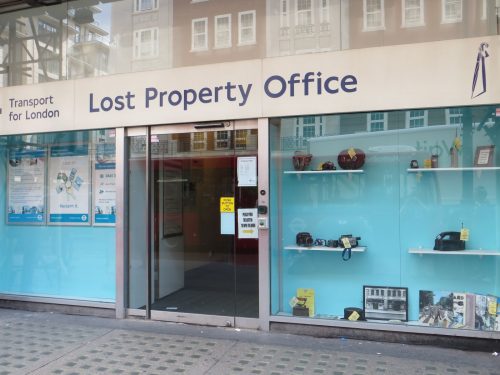 NEWSLETTER
Tagged with: transport for london