Untouched for more than 50 million years, London clay dug up from underneath London Bridge station has been handed to local potters to turn into artworks.

Inspired by seeing a piling machine digging up earth at the London Bridge Thameslink redevelopment, London based ceramicist, Alison Cooke instigated a project using the clay spoil from what are now the foundations of the new station.

She approached Network Rail who gave 360kg of earth from 30 metres below the station.

This clay would have been laid down some 54 million years ago, a time when England was situated near where Spain sits today, London and Kent were under a warm, shallow sea, and the mountains of Wales had yet to be formed.

Batches of the clay was then given to seven fellow members of The Associated Clay Workers Union (ACWU), with a brief to create ceramic works that responded to South London’s rail network and the history of the London Bridge area. 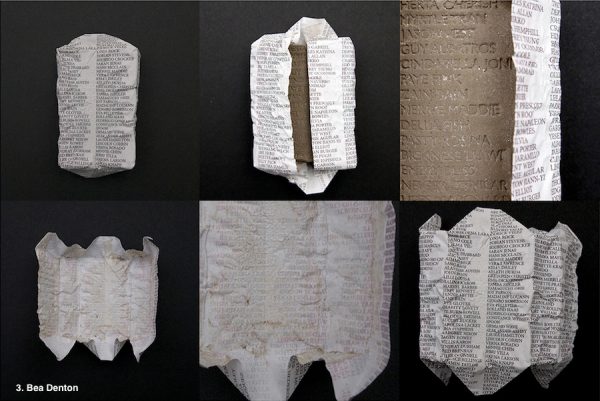 The ACWU are a group of London-based ceramicists, founded in 2015, who work together on projects with a site-specific focus.   According to the group, the clay, known to excavators as “London blue”, is challenging to work with, prone to cracking, bloating and discolouration.

It has been rarely used in its raw form outside the brick-making industry. Despite that, they decided to avoid mixing it with commercial additives that could have removed its unpredictabilities and embrace the natural behaviour of the clay, which has resulted in works which reflect the impractical nature of the clay for art.

The exhibition is open now at Southwark Cathedral until 5th February and is in The Link, the glazed internal street on the north / riverside of the Cathedral complex. Entry is free. 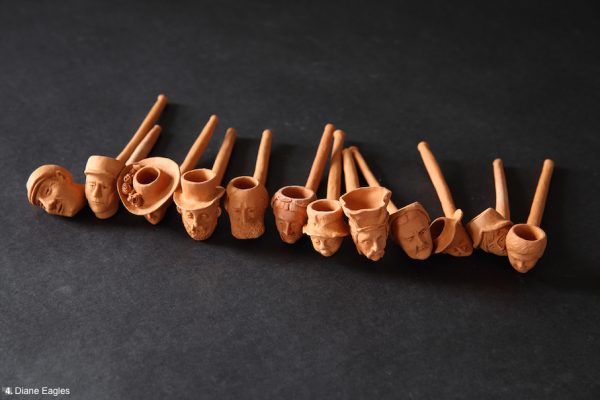