Alice in Wonderland exhibition opens at the British Library

One hundred and fifty years ago, a book was published which was to become part of the cultural consciousness. A book that few of us can recall the details, but all know the overall story.

When the first book was published, it was illustrated with drawings by Punch magazine artist, John Tenniel, and while the story hasn’t changed (much), over the years, the illustrations have.

It’s the illustrations that a new exhibition at the British Library focuses on.

As it happens, what is commonly thought of as the first edition isn’t. It’s a reprint of the original, which was recalled and almost every copy pulped as both the author and artist were unhappy with the print quality.

Both copies are on display side by side, although my eyesight must be failing as I could barely see a difference between them. They are also alongside the original printing blocks created by Tenniel.

However, it’s also a vote of confidence in the expected popularity of the book that the publisher was willing to pulp the entire first print run, simply because the author was being fussy.

The other main change is that the original manuscript called the book, Alice’s Adventures Under Ground, although it also nearly became Alice’s Hour in Elfland. 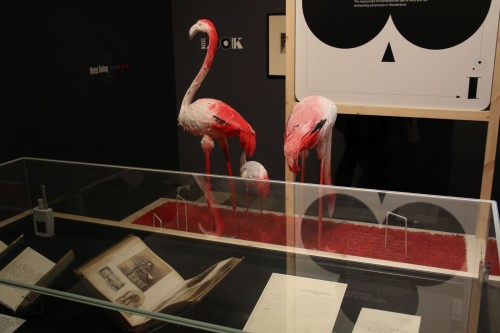 The popularity of the book spawned two things — copycat stories, which Lewis Carroll (in real life, Charles Dodgson) kept copies of, and reprints with different artists.

Probably the two most recognisable illustrations would be Tenniel’s original and Disney’s animated version, but plenty of variants fill the gaps.

Some artists simply illustrated books in their own personal style, others used the illustrations as an opportunity to satirize contemporary society.

A 1929 version by Vilmos Andreas features drawings in the style of the “Roaring Twenties”, with playing cards as dancing flappers.

Ralph Steadman’s version in 1967 was controversial at the time, and showed the rabbit as a modern commuter, the Lobster as ex-public school businessman, and the workers as union members.

Other drawings range from the child-friendly comic to dark and mysterious. Not unlike the book itself.

You won’t come away having learned an in-depth understanding of the written story, but may be surprised at how contemporary many of the illustrations were, and how many different people have tried to illustrate the book over the past 150 years. 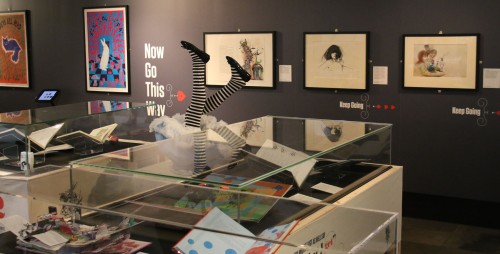 The exhibition opens tomorrow (Friday) and runs until next April. Entry is free.

The exhibition is accompanied by an Alice in Wonderland Pop-up Shop (until 31 January 2016).