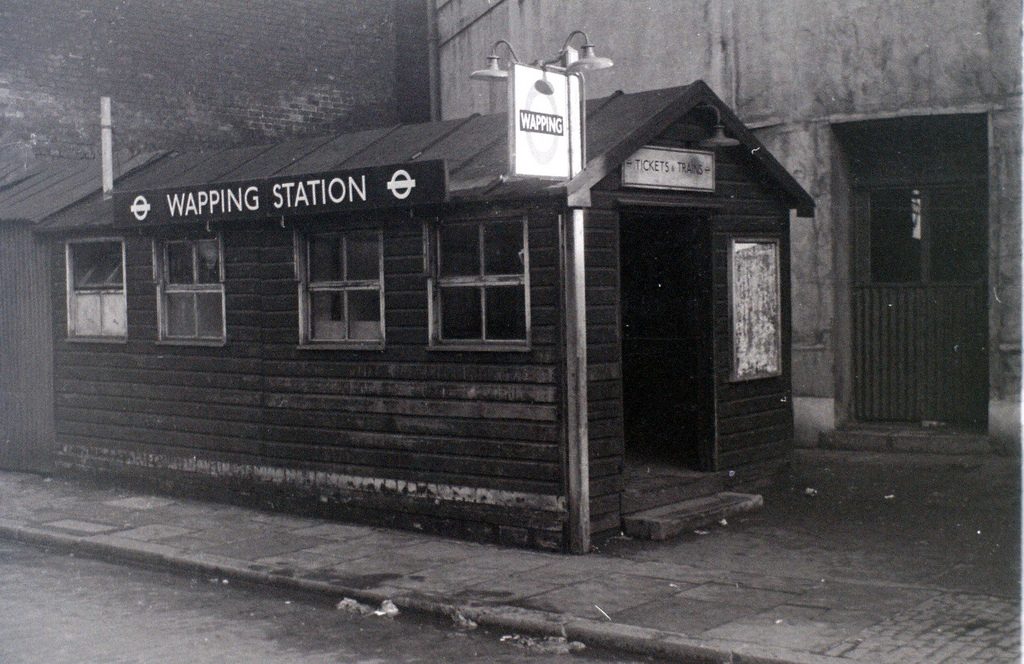 Opened in December 1869 as Wapping and Shadwell, it lost the Shadwell bit just a few years later.

It was built above the famous tunnel dug by Brunel under the Thames, which was originally supposed to be for road traffic, but was never popular enough and was later converted for rail use instead.

The station you are looking at was not the original, but an interim station build after WW2 damage destroyed the old station building.

The round building behind is still there — as it’s the original shaft down to the tunnel, and today houses the lifts and staircases.