To mark the 200th anniversary of her birth, the Science Museum has opened a small gallery devoted the “mother of computing”, Ada Lovelace.

Born on 10th December 1815, Augusta Ada King, Countess of Lovelace was the sole legitimate child of Lord Byron, and her mother strongly promoted the young girl’s interest in mathematics. 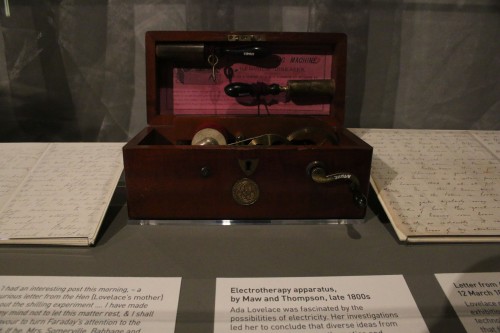 Ada Lovelace was a century ahead of her time in imagining a general purpose device, the basis of all computers. Called the ‘Enchantress of number’ by Charles Babbage, she saw the potential for his calculating machines to move beyond simple mathematics.

Brought together for the first time in this exhibition, Lovelace’s portraits, letters and notes, including the first published algorithm for the Analytical Engine, have gone on display alongside the calculating machines she worked with. Difference Engine No. 1, a prototype built by Babbage and marveled at by Lovelace, is displayed alongside the Analytical Engine, which was the main focus of Lovelace’s work and imagination. 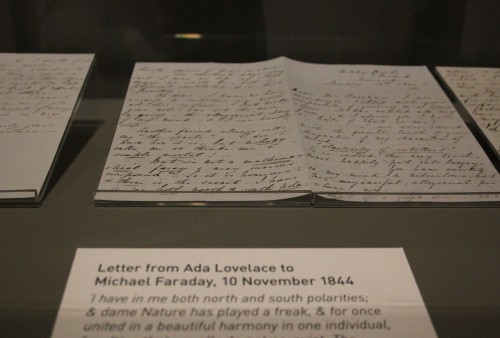 In 1842, Lovelace translated Luigi Menabrea’s account of the Analytical Engine. She was the first to articulate the machine’s significance, publishing a translation and her own extensive notes. The notes, which can be seen in the exhibition, contain the first published algorithm for the Analytical Engine and demonstrate her understanding of the Engine’s potential. This was a machine that could use numbers, not just to represent quantities, but also as abstract values, and it marks the prehistory of the computer age. 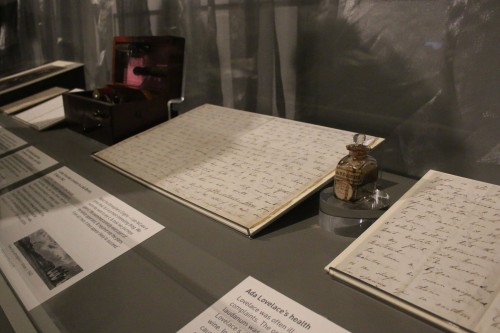 Also on display may be the earliest “bitmap” image, an embroidery which was carefully constructed from a mechanical weaving loom. It took thousands of punch cards to “program” the weaving loom. 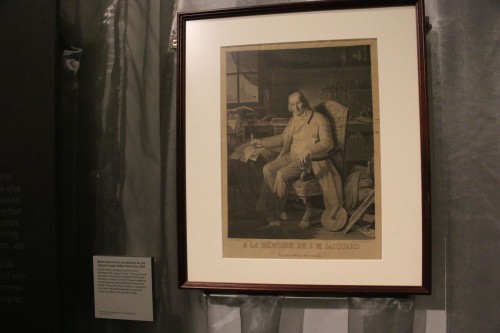 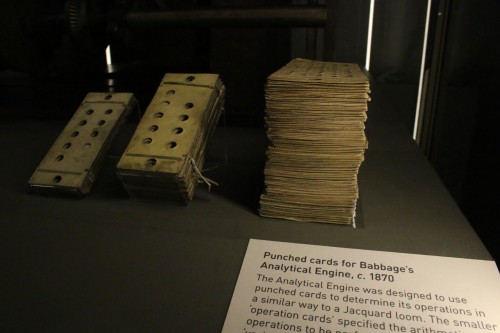 The free exhibition is open until March 2016.