Last week as London slept, abseilers were seen working their way around the cavernous box that is the Westminster tube station. 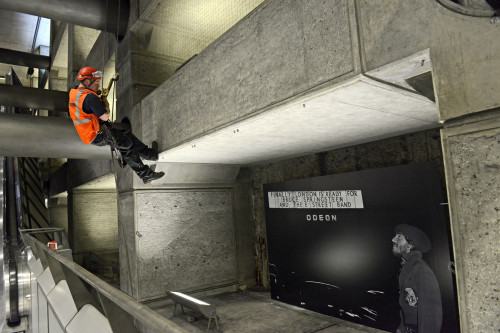 It’s for an art project. Not the abseiling itself, but their antics were needed to install 24 large sized photos into the concrete alcoves that line the station wall.

The reason for the installation is to mark 6 months until the arrival of the 24-hour tube train.

The works include a 1920s ballroom dance by Sir Cecil Beaton, American rock n roll legend Bruce Springsteen captured outside Hammersmith Odeon in 1979 by Chalkie Davies, and a photograph of a Tube worker on his way home taken by fashion and portrait photographer, Rankin.

Probably the one that seemed to capture the most attention was one of Paul McCartney, proving the undying allure of celebrity. 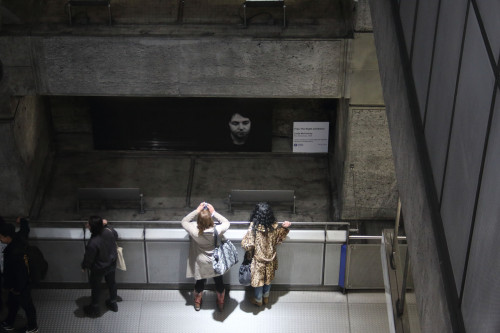 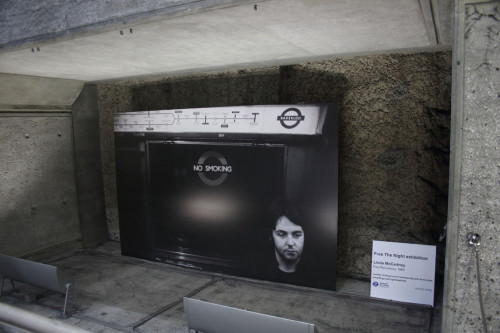 The exhibition, which runs until 12th April 2015, after which the abseilers will have to make a return visit to remove them. 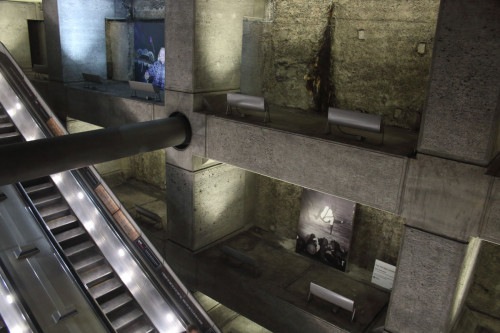 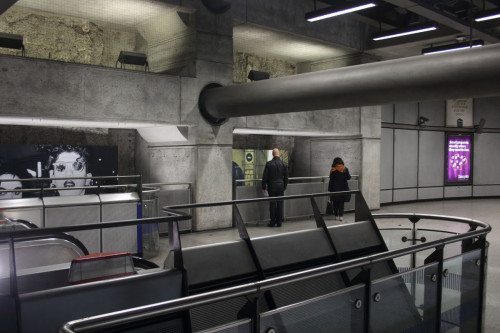 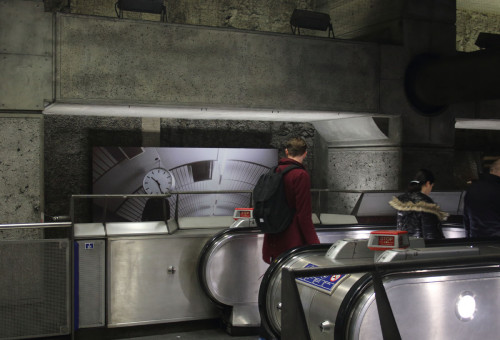 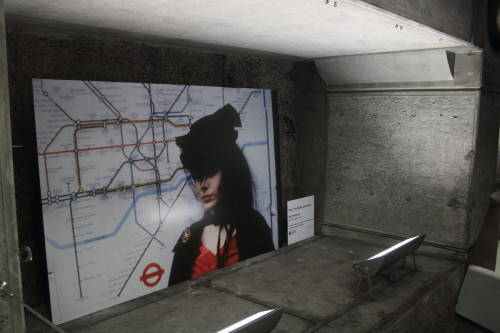 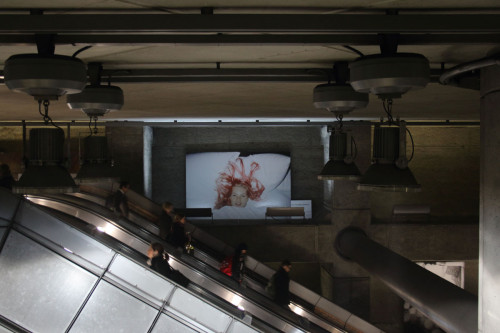 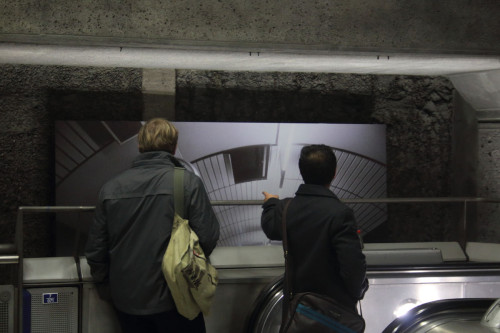 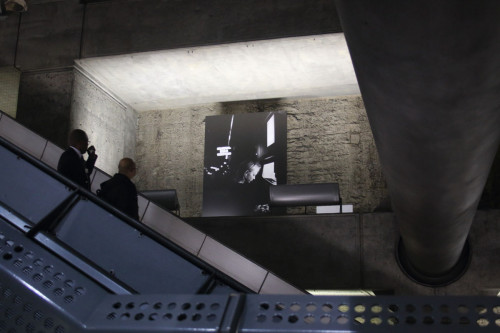