Published 13 June 2010 by By Ian Mansfield Events and Tours

The weekend was spent visiting various gardens across parts of London as part of the Open Squares Weekend – from nature reserves to formally laid out affairs – all had their own unique charm.

I think my heart goes to the nature reserves, although it would be nicer if they had more space to sit and relax rather than being so determinedly devoted to “the cause”.

The full set of photos can be found over at Flickr as usual.

A small private garden on some back streets that have been recently improved by local builders. Had a pleasant charm which was boosted by its quiet back-street location.

The current design dates from 1928, although the garden itself dates from 1543. The Drapers’ Company 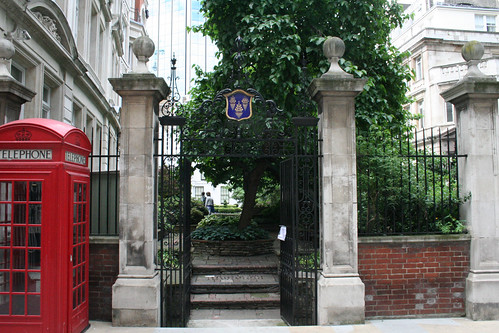 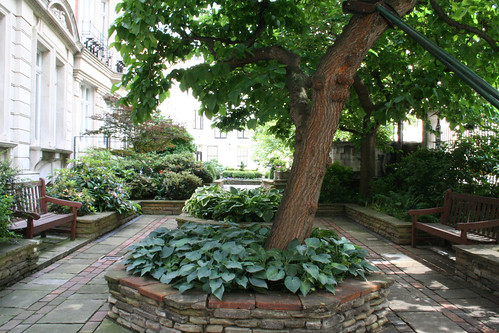 A volunteer run nature reserve on the edges of the Barbican complex with a narrow dead-end path which was quite charming, and a wide path that runs around a central wild grasses area. A ” hotel” for insects is new this year. A guide lamented the local council for not clearing some overgrown areas, and my socialist side nodded in sympathy while my capitalist side wondered why they couldn’t clear it themselves. 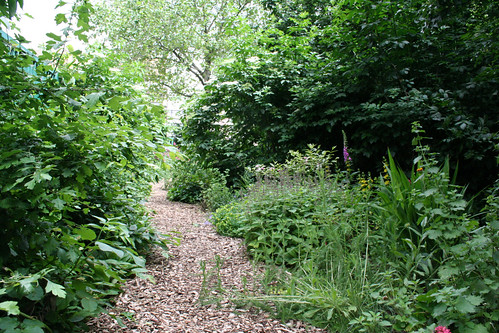 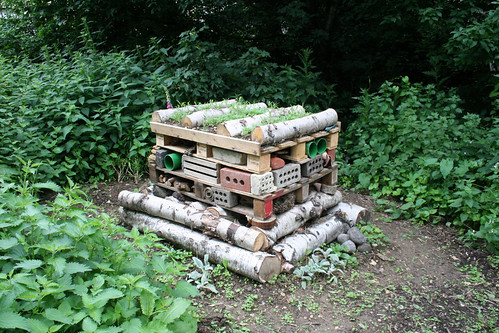 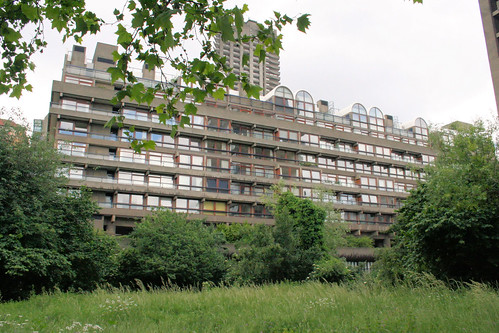 Awesome building, but slightly insipid garden – allegedly designed as series of contemplative rooms – but felt more like a slightly neglected domestic back garden. 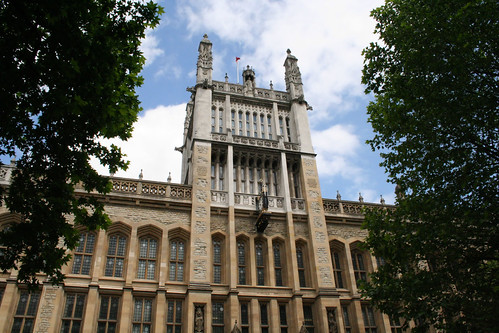 Directly opposite a regular haunt of mine – the Royal Society – is this long private garden for local residents/workers with a large lawn area and quaint pathways that weave around planted bedding. This is the sort of formal garden I like – open places to rest, with hidden corners to disappear into. 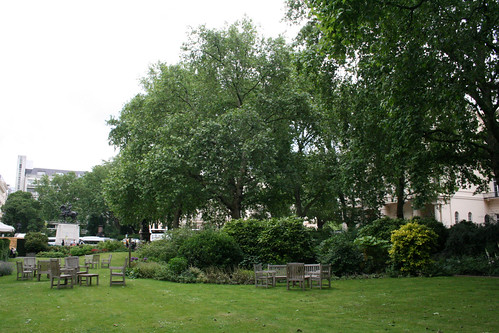 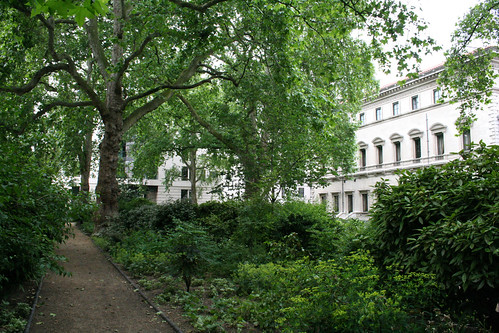 A short stop on the Mall to watch the RAF flypast for the Queen’s Birthday. 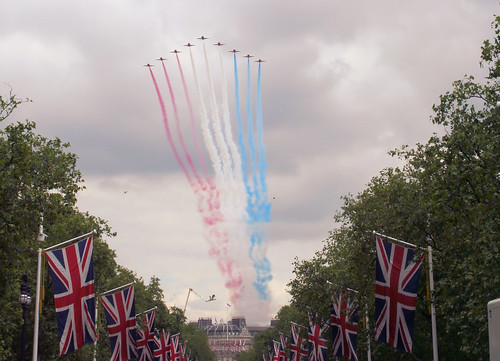 This is actually open to the public during the week, and must be a boon for local workers. A nature reserve style garden that was rescued from a waste-land in the 1980s by the local residents. www.phoenixgarden.org 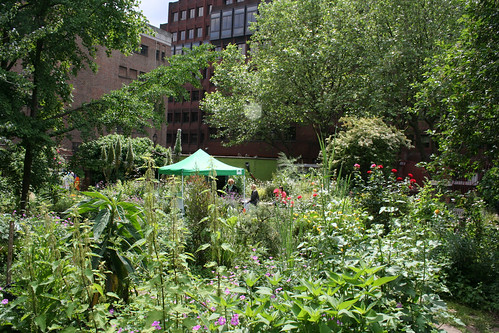 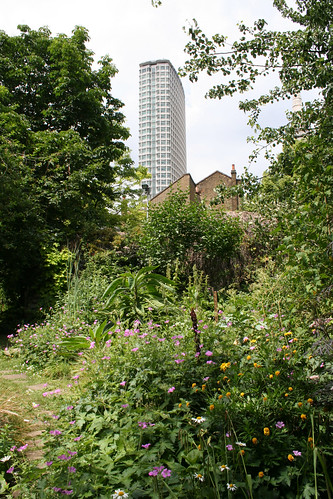 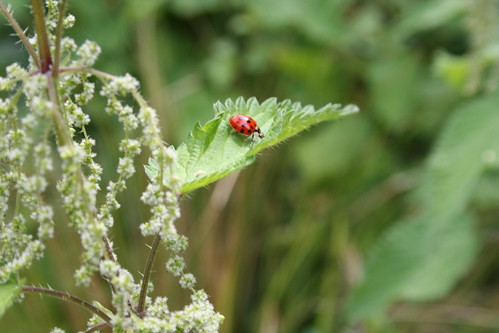 A private square laid out by the builder of the houses that surround it, and still owned by the descendants of the original builder. A local committee controls the gardens and a recent decision was taken to ban dogs from the square. 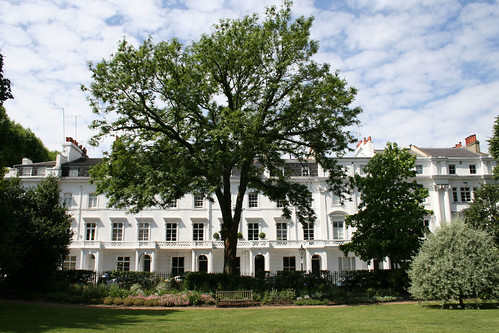 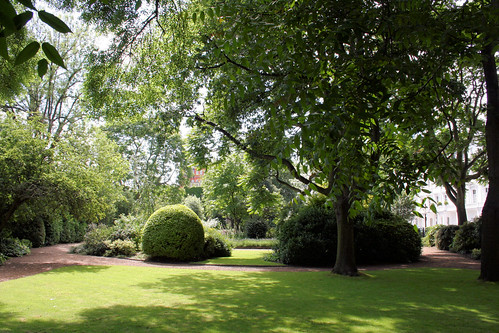 A sunken garden surrounding an old church with a nice mix of path ways around the upper ledges and a sunken area lawn and childrens playground. The bins asking people not to leave dirty nappies suggests a lot of local mummies use the place. 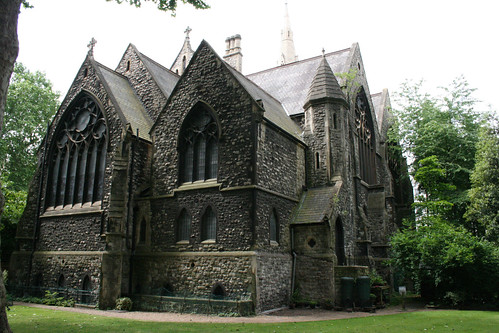 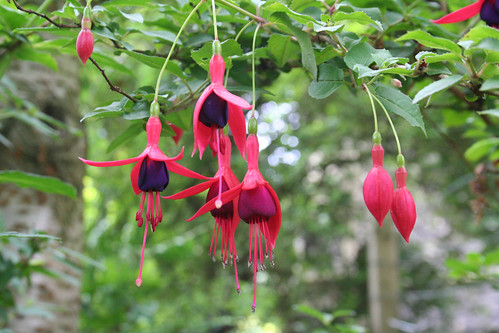 A large lawn with planting around the edges is however soften by the massive plane tree in the centre – said to be over 200 years old. www.courtfieldgardens.net 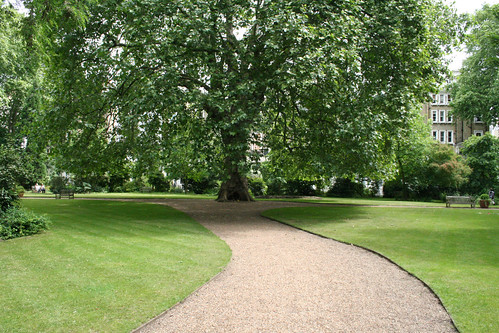 Another large lawn, but with some lovely paths running around the edges that are in most areas blocked off from the lawn, creating green alleyways. A leaflet noted that the place has little wildlife compared to most gardens, although an owl takes up residence each autumn and delights residents with its hoots. The huge plane trees, some of the tallest in London make it difficult to grow flowering plants, but they do create a pond of cool air in the summer. 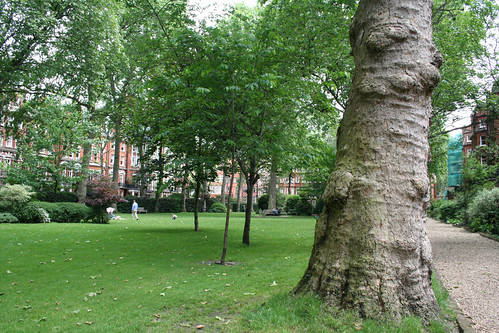 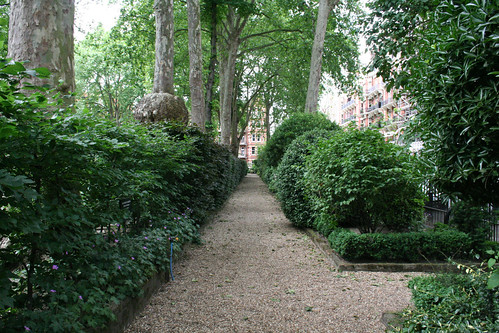 A small garden with some charming planting around the edges and a profusion of roses in a central seating area. A small jazz band was playing when I arrived, and there is a quite active local group who open the place up for summer events. 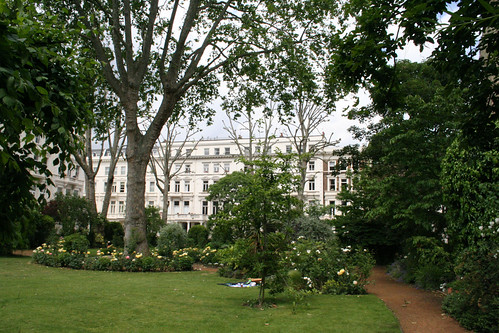 Quite a bland space frankly, with a huge lawn and narrow path round the edges. Not a lot of charm at all, and looking rather municipal – but the locals seemed to be taking advantage of the wide space available. www.nevernsquaregarden.co.uk 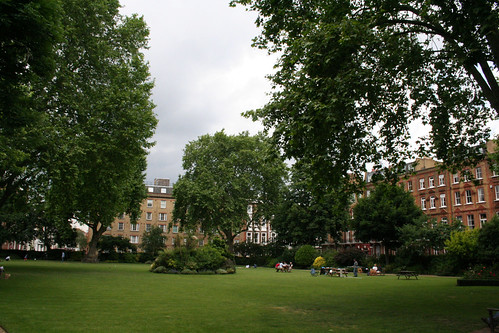 After the blandness of the previous garden, this private space for hotel visitors was substantial difference. A lawn area which was decorated with works of art also offered a tiny hidden niche that was a pure delight to discover. The faces on the trees probably excite children, while the rainforest relic delivered a now mandatory dose of guilt to the jet-setting visitors. K+K Hotels 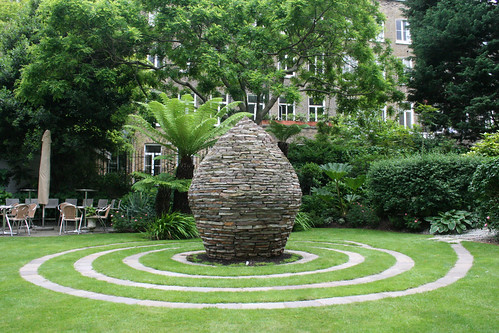 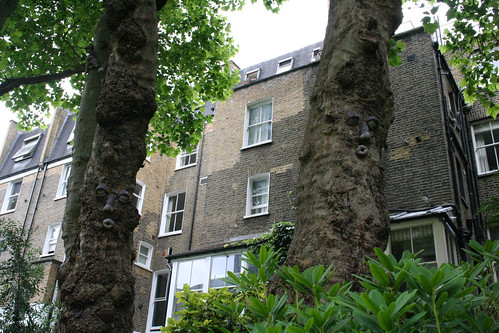 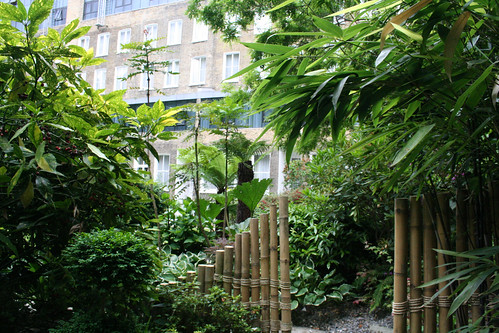 The full set of photos can be found over at Flickr as usual.

4 Pings/Trackbacks for "A weekend visiting private gardens – in photos"