Published 20 March 2010 by By Ian Mansfield Events and Tours

While the associated factory stank rather badly, it provided jobs and added character to the area, so I am actually quite sad to see the area gutted and turned into bland buildings. Likewise, similar emotions for the narrow, inconvenient riverside pathway, which is to be ripped out and replaced with a wide, bland and quite boring pathway. All the fun is going to be taken away.

Due to the demolition work, the riverside path is due to be closed for several months, so I wandered over partly to get a last look at the area and also to check some details for something I am working on at the moment. Alas, the path has already been closed off – so I only got partway along before being forced to return.

I often walked along the pathway though, so here are some photos from a set taken a couple of years ago

The photos below were taken today: 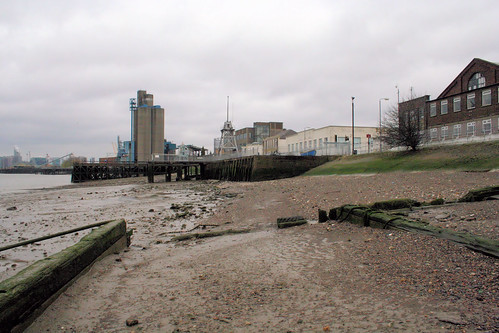 Towards the soon to be demolished Grain Silos 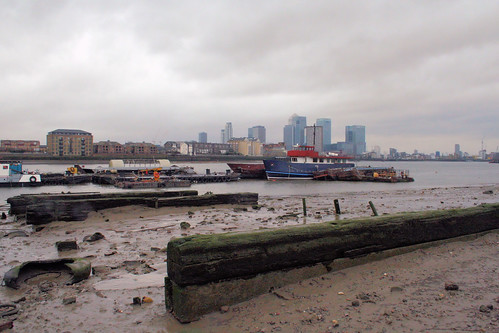 Looking over towards Canary Wharf 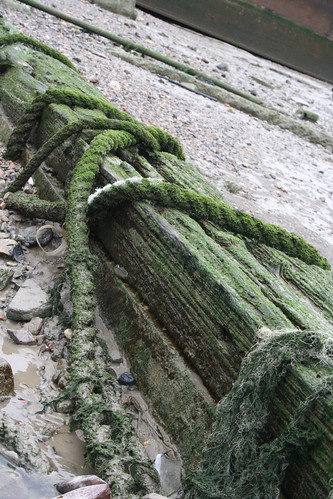 Relics from the days of an industrial river 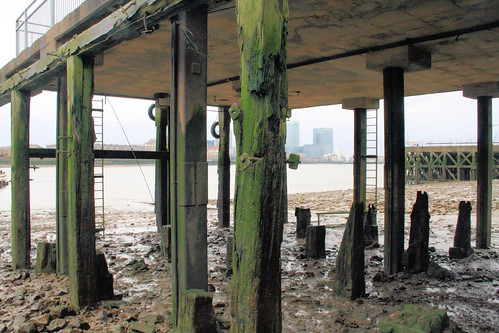 Getting down under the piers 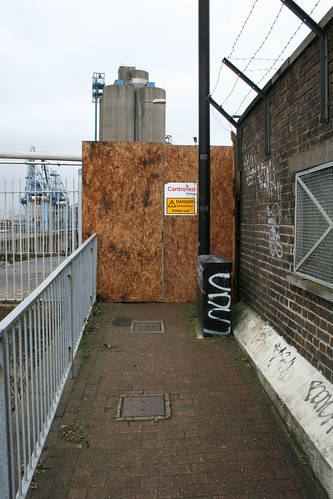 The path is now closed

The full set of photos taken today can be found here.

I was going to double round to the other side and walk to the far side barrier, but the combination of slippery river mud and an overconfident IanVisits, resulted in what is technically known as â€œarse over titâ€ and a lot of mud covering myself and my camera.

Had to come back home to clean the camera, and myself. Maybe Iâ€™ll do the other side in a week or so.

For the record, when going down onto the riverside, I visually check that the tide wont be a problem for a couple of hours and also check that my mobile phone is working. Death due to downing by consequence of being a total prat on the river foreshore would be, frankly, quite embarrassing.