You might be the sort of person who has been interested – very interested – in trains for as long as you can remember, so much so that in addition to working with heritage railways, you end up as the boss of a London commuter railway.

Well, if you are such a person, and you buy a nice house with a large garden, what could me more appropriate than to build your own private narrow gauge stream train service, with a dedicated station and goods sheds?

Fortunately, you also happen to be the sort of person who likes letting people take rides on your train – and thanks to an invite by a friend who until very recently worked for Chiltern Railways, I was able to join a staff day out and get a chance to ride of this most unusual of train services. 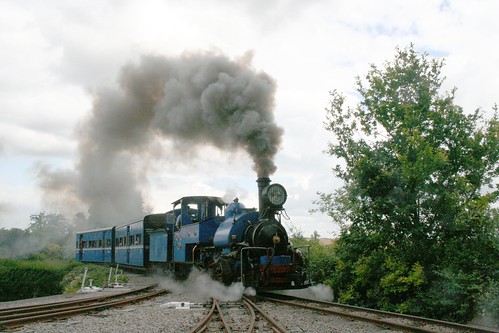 The railway itself was built between 2002 and 2004, but has a heritage that can be traced back well over a hundred years, in the form of the locomotive which was built in 1889.

The locomotive, the Sharp Stewart 3518, No 19 was originally sold to India’s Darjeeling Himalayan Railway, a charming a little railway built to link Calcutta and Siliguri in 1878. It stayed there until 1962, and was then sold to an American and stayed in the USA until it was bought by Adrian Shooter, Chairman of Chiltern Railways in 2002 and restored to use again.

In addition to the locomotive, there is also a replica Ford Model-T motorcar that runs on the railtracks – based on an actual modified car used by the USA railway to inspect tracks –  a couple of original carriages, and a couple of modern replicas of the carriages used on the Darjeeling Himalayan Railway. 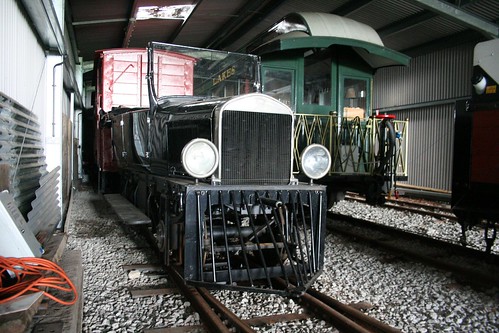 The railway itself is a figure of eight, with a loop around the back garden and another around the front (and across the main drive) with the station and sheds just behind the house.

Appropriately considering that the locomotive spent most of its life in India, the station and replica carriages are a little outpost of that Indian railway in rural England. From the fare evasion signs citing Indian Rupees, to the name of the station, the Rinkingpong Road and some of the decoration used inside the building, everything hints of an Indian location.

Even the monsoon downpour that hit the area in the late afternoon, and sent everyone scurrying for tents and the station reminded me of the Himalayan hills. 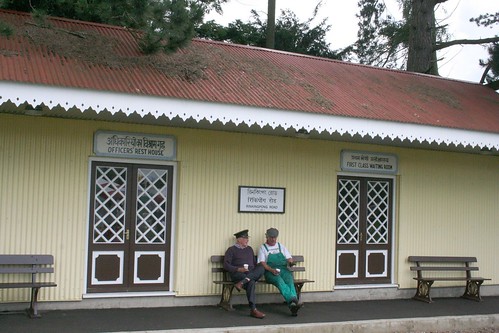 Also sitting in the sheds is something I was quite keen to see – an original bit of rolling stock from the Mail Rail that snakes under London and used to convey postage between sorting depots before it was mothballed. 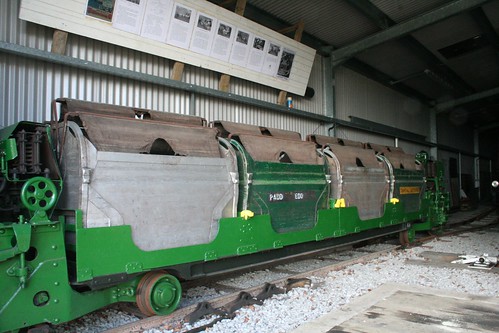 Throughout the afternoon, the Chairman of Chiltern Railways drove the train around his house as his staff (and their guests) sat in the replica carriages and waved to friends from the sidelines.

Although the railway is private, and not subject to rail regulations, he runs it professionally with railway rulebooks and regulations, and the steam engine has to be certified each year. Volunteers also help out.

I’ve long thought Chiltern Railways somehow managed to be a bit different in approach when compared to the other main commuter services into London, and knowing that the boss of the line built his own private train set possibly goes some-way towards explaining that difference.

Trips on the steam train are available to relevant groups and organisations who ask nicely. A booklet is also available in the station which goes into a lot more detail about the inspiration for the railway.