In around 2018, when the first Elizabeth line passengers come into London from the West, they leave the existing overland railway near Royal Oak tube station and dip down into the tunnels that will run under the city.

Construction started last April, and today was a chance to have a look at the finished structure – which is the first bit of the Crossrail network that will carry passengers to be completed. It looks like and frankly is, just a big concrete box in the ground, but that simplicity hides a really quite difficult working site. 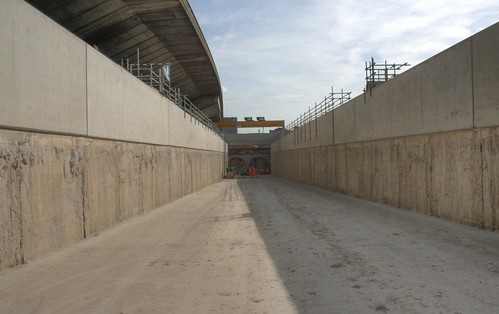 Around 25,000 cubic metres of soil have been removed — some of it ending up on a golf course — and the walls were at the shallow end made from steelplates and in the deeper end, a steel and concrete cage. During construction, there is also a second steel plate wall that protects the tube trains from accidents on site.

Apparently, movement has been less than 2mm, which is quite good for a structure of this sort.

Above the portal entrance will eventually be a building for services and electricity works, as well as space below for passenger evacuations should something icky happen. 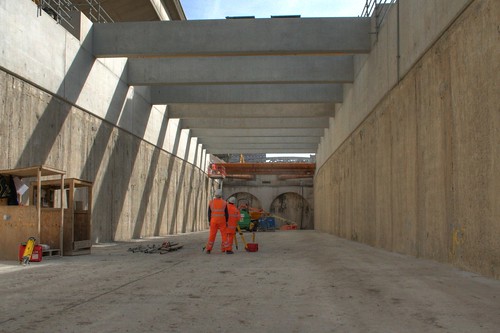 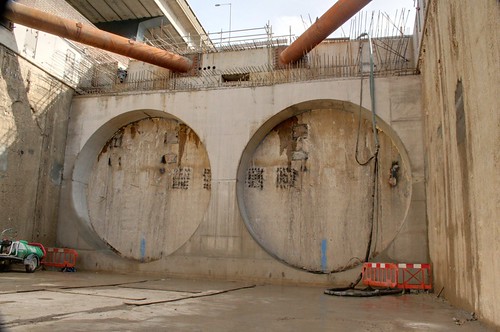 The soil will be taken around North London to Kent, then by barge to Wallasea Island in Essex where it will be used to create a wildlife reserve. In total, five tunnel portals will be constructed as part of Crossrail – at Royal Oak, Pudding Mill Lane, Victoria Dock, North Woolwich and Plumstead.

The total cost of this portal was £25 million, and it was completed 20 days earlier than scheduled. 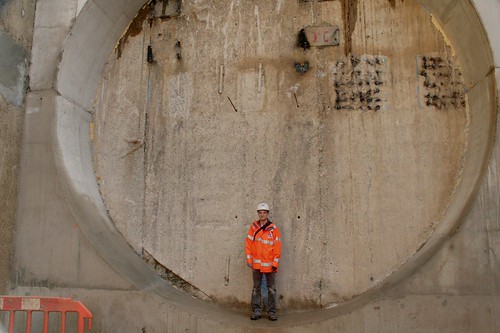 Your correspondent standing in the tunnel ring. Big isn’t it. 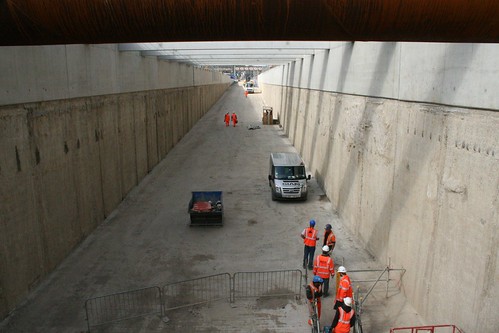