A small exhibition about the history of East London’s Queens Market has popped up inside the market itself.

Literally popped up, as it is a series of those portable display banners that roll out from a container on the floor and are held up by a small pole at the back.

For once, a pop-up that actually is a pop-up.

Open on Tuesdays, Fridays and Sundays until the 11th July, the “museum” has small snippets of comments from the traders, shoppers and campaigners that have used the market over its 110 year history. 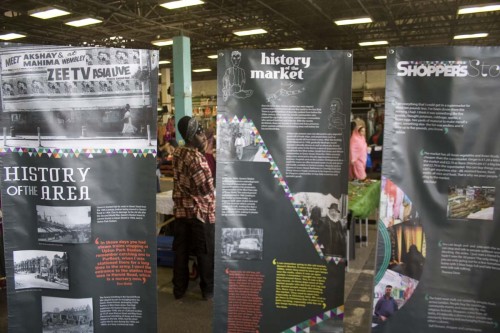 The market, situated as it is next to Upton Park tube station has seen a lot of changes, from being a street market trading along Green Street to being moved in 1904 to Queen’s Street as a tram line was due to run down the old location, and then in the 1950s, it moved into its current location, as an opportunity to take advantage of land cleared by the unexpected attention of German bombers.

A roof was later added over the open air market, which has tended, as with many of these sorts of indoor street markets, to make it less welcoming, not more. Street markets are, ahem, pungent places and need to be in the open. Not to mention, giving them better access to passing trade.

The site today is still as vibrant a place as you would expect from any local street market, catering to an audience more Lidl than Waitrose, but who still have legitimate needs to be catered for. 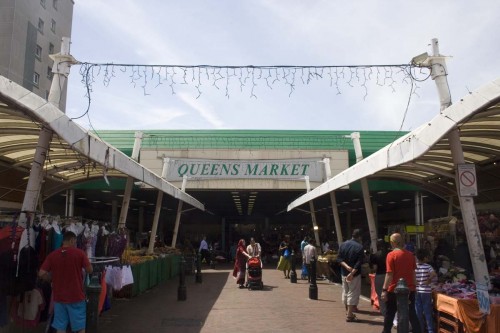 It was in fact the local council who wanted to push the street market upmarket, and had planned to demolish the entire site, replacing it with a smaller market, a supermarket, and luxury flats.

A vociferous campaign ensued, and in May 2009, Boris Johnson told the local council to drop it.

It was that campaign that lead to the formation of the local friends association, and the market gained even more fame thanks to the One Pound Fish Man in late 2012.

So, an exhibition about the history of the market has now opened.

It’s only a modest little thing, a few banners and some leaflets, and in fact, being a temporary thing is a shame. It took around a year to research (presumably part-time) and wouldn’t have been significantly more effort to mount the displays on hardboards and put them permanently on display around the market.

As it is, the banners will be rolled up and put in an archive somewhere.

You have Tuesdays, Fridays and Sundays until the 11th July to see them [map link]. Fortunately, the market will be around for a lot longer. 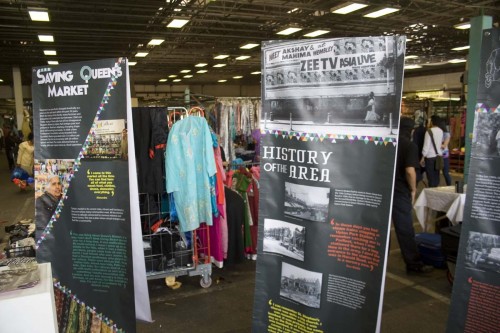 I would have said that while you are in the area, pop around the corner to the Dr Who Museum, but it’s closed on Sundays, so you can’t.