A smarter city with not so smart ideas on display

A display of rather offbeat ideas to help improve the public realm in the eastern side of the City of London has opened near the Guildhall. 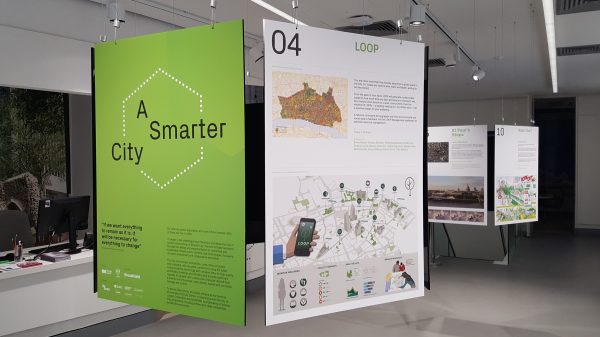 The display is the result of a “hack the city” competition that was launched in May to come up with ideas to deal with a growing city population.

The Eastern Cluster, in the heart of the City of London, already has intense pressure on its roads and walkways, and this is expected to intensify further based on projected growth in daytime population of 10% by 2025.

The ideas on display are less about opening up new spaces or making pavements easier to navigate, but expanding people’s existing knowledge of the city. 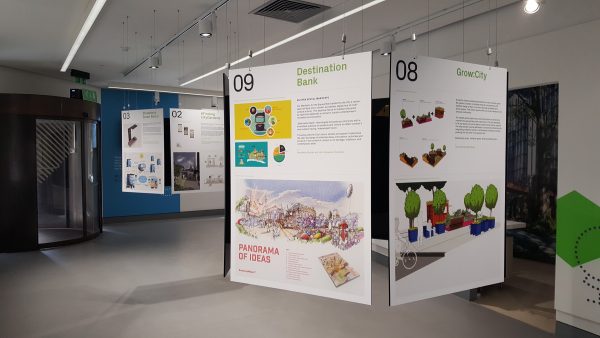 An app to help people discover local parks they might not have seen before, seating with built in phone chargers and information boards, linking social media activity to routes.

Probably the very worst idea, in part because it’s awful, but also for the slightly scary optimistic language used in the display panels has the idea that windchimes can be lovely. And yes they can, for about 5 minutes, then they are torture to anyone who lives or works within earshot of them. 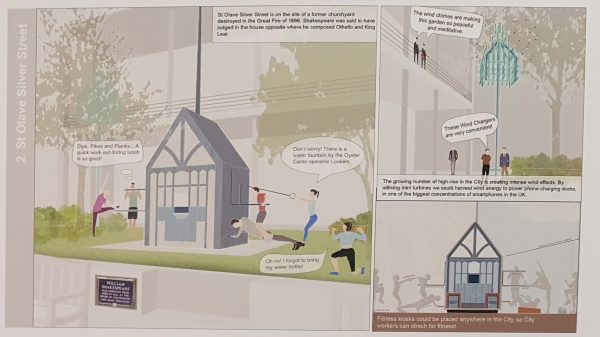 I didn’t see a single idea that was likely to work on the scale needed, but they provoke thought, which is probably the main aim of the experiment.

The exhibition is open until 16th December at the City Centre, which also has a rather nice scale model of the City of London in its basement to visit, but on Fridays and Saturdays only. 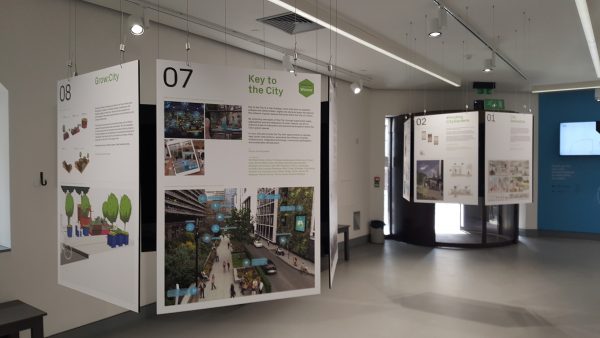 NEWSLETTER
Tagged with: The City Centre