A sea of bluebells at Perivale Wood’s annual open day

Just once a year, a nature reserve in North-West London opens its gates to the general public, at just the right time to see an entire wood carpeted with bluebells. 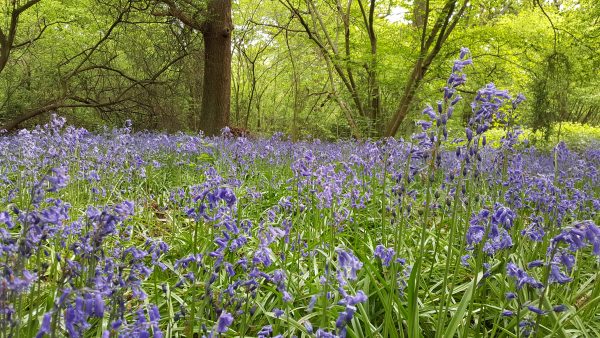 At 27 acres in size, Perivale Wood sits just next to the Central line railway and is one of the oldest dedicated nature reserves in the UK. Set up as a bird sancturary at a time when all around here was fields, it was an unusually faresighted vision of how urban sprawl could some day leave no large swathes of woodland for birds.

Initially for birds, it is today more of a general nature reserve, and for the past 60 years has been a site of special scientific interest.

However, in spring time, the woods are blanketed by a vast number of bluebells that turn otherwise green and brown floors into a riot of violet–blue flowers that carpet the landscape. 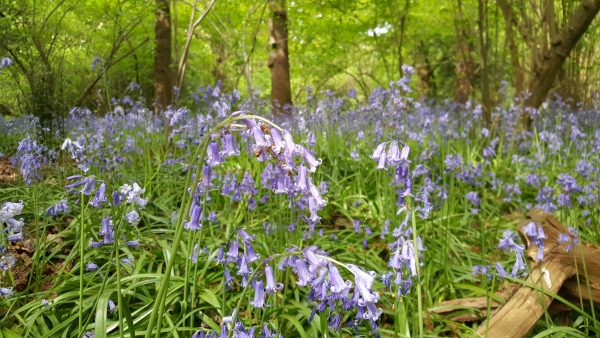 The wood is only accessible through a gap between houses, along a gravel path and then you basically walk into a typical English fair, all tents and stalls selling everything from cakes to old books to honey to demonstrations of wood carving.

A few leaflets are on sale showing off family friendly ideas, or tips for the committed nature lover for what to look out for.

But off course, you’re here for the bluebells, so off into the woods, for what turned out to be a very controlled route around the woods, with lots of barriers to stop people randomly wandering off. 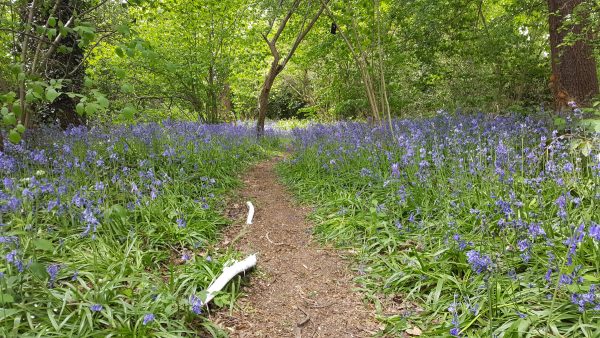 A long snaking queue of people walking along the narrow path, at times pausing and pointing, at times stopping for gossips and blocking the path, at times sitting on the occasional benches.

Oddly, it feels not unlike a visit to a stately home — lots of slow moving people following an approved path and not venturing past the rope barriers that keep visitors away from the residents private spaces.

All around a dense carpet of blue that overwhelms the brambles that would otherwise turn the wood into a sea of green. 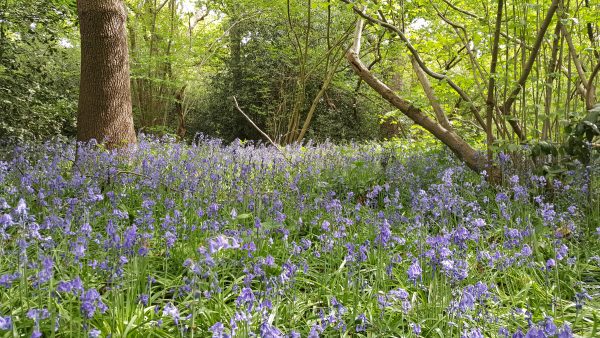 A large open parkland part way around offers a break as the blues are temporarily replaced by yellows of buttercups.

A large lookout tower, sadly off-limits watches out over the wood, and signs advice of step-free routes around a large mound along the way that now takes you into bluebell free land. 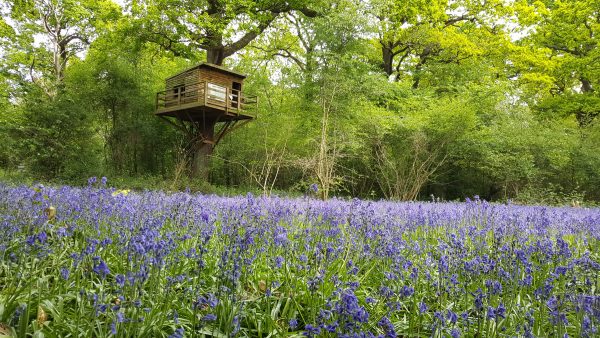 More normal woodland running along the canal. An ugly but necessary gash in the land and warning signs about Japanese knotweed generated tuts of disapproval from an elderly couple. 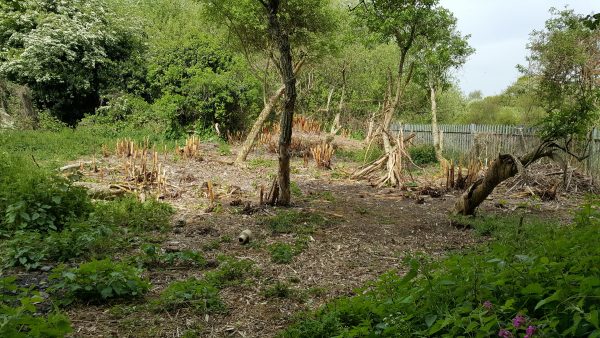 Here the woods are more conventional, ivy runs riot over trees that form deep tunnels in the landscape to pass within. Dappled shade dropping beams of sunlight on a warm lunchtime visit.

A sea of stinging nettles offering an uncomfortable bed to lay in should they fling themselves at it. 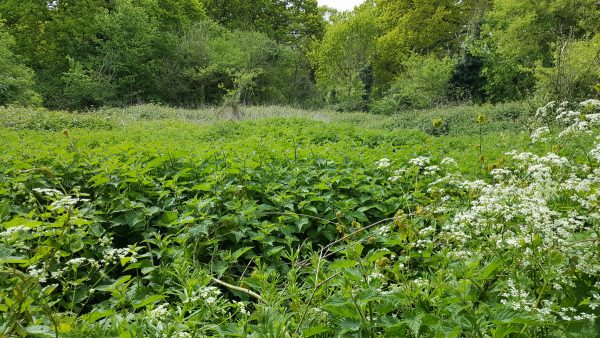 And back out, blinking into sunlight and back to the English fair, and teas, cakes and jars of chutney.

By late afternoon, tables are being put away, tents taken down and all packed away for another year. The woods will remain locked to the public until next April, when the bluebells will once again strut their stuff. 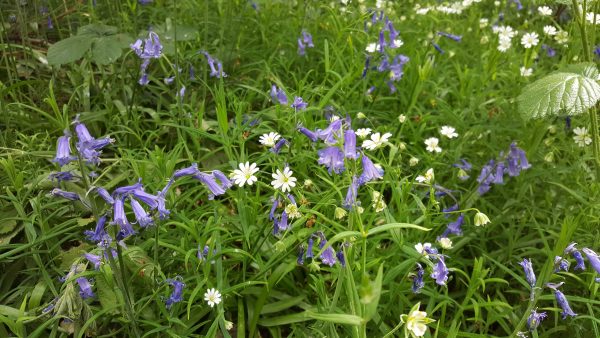