A room full of ancient scrolls and parchments

Published 24 July 2010 by By Ian Mansfield Events and Tours, Politics

Ask most people to draw an outline picture of the Houses of Parliament, and often you will get long oblong with “Big Ben” at one end. Most will not include the huge tower that is at the other end of the Palace – as it is rarely featured in photos, or when it is, perspective makes it look quite insignificant. Despite being taller and much larger than the Clock Tower, it seems to have almost had a cloak of invisibility cast over it. 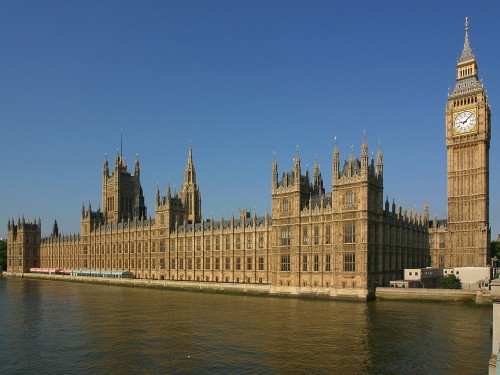 The tower – properly known as Victoria Tower – is however a vital part of the Palace complex, as it houses the Parliamentary Archives – the formal record of all the business of the Houses of Commons, Lords and Committees.

Although most of the archive is packed full of rather generic documents in boxes on shelves, there is one room which is the one most likely to feature on the news if they need generic footage of old legal documents – and that is the archive where all the Acts of Parliament are stored. What makes it so special is that each Act has been, and still is, hand written on calfskin – known as Vellum – and rolled up for storage.

Thanks to a day of special tours organised by the Parliament as part of the Cultural Olympiad, small groups were given a chance to go into this very special room.

Although the archive is actually open the public, like most depositories (Met Archive, National Archive), the public are only allowed into a reading room, and the staff fetch documents from the stores. So a chance to go into the actual archive store is very rare indeed.

After taking a small cramped lift up to the first floor and a short talk, we headed along a corridor decorated in the red of the House of Lords, through secure doors and then into another even smaller lift to go further up the tower.

Fascinatingly, the centre of the tower was originally hollow with a “chimney” running right from the base to the roof as a ventilation shaft. An iron staircase ran round the central shaft – but this was swiftly blocked off at the fifth floor as the draft coming up the chimney was far too boisterous for a delicate archive. 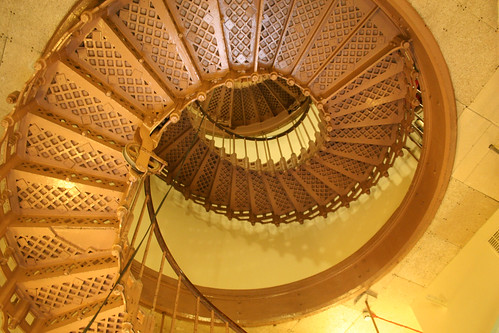 However, the base of the chimney is still open to the air, and is directly above the Sovereign’s Entrance (you can see the hole in the roof). When The Queen arrives, a messenger watches from above, and as soon as she steps foot onto the red carpet, the messenger sends a signal to the roof to replace the Union Jack with the Royal Standard.

This “first floor” of the Tower is also the floor where the Acts of Parliament are kept – in a specially air-conditioned and air filtered room.

Inside, it is actually made up of metal shelving from the 1960s, but the rows up upon rows of rolled up scrolls is still an extraordinary sight.

Each roll has a small paper tag attached – marked with a code for the Monarch and the year of their reign. So an Act passed this year would be 58, E2 for the 58th year of the reign of Elizabeth II.

The smallest laws tend to be private acts and similar, and probably unsurprisingly, the longest Acts deal with taxes. The largest scroll in their possession if laid out flat is longer than the Palace of Westminster!

We were shown a collection of Acts signed by King Henry 7th, which are unusual for being stored flat rather than in rolls, and a copy of a modern Act as printed for distribution.

What I wasn’t aware of is that the Monarch no longer signs the Acts into law herself, but now nominates someone to act on her behalf instead. Although Warrants for the Dissolution of Parliament or Summons to the House of Peers are still (probably) still signed by The Queen.

As an act is signed, a short sentence is added to the top of the Act, La Reyne le veult – which is Anglo-Norman for The Queen Wills It. You may hear that uttered in the House of Lords during ceremonial events, such as the Prorogation of Parliament when four Lords are nominated to act in the Queen’s absence.

The phrase to use if The Queen DOESN’T will it, is La Reyne s’avisera, but the last time a Monarch refused to sign a bill into law was during the reign of William and Mary.

Although paper copies of the Acts are printed on normal paper for distribution, and can also be read online at the Parliament website, the scrolls are still printed on calfskin, produced in a single factory near Milton Keynes. An attempt by a Labour MP to “modernise” and scrap the use of Vellum was wisely rejected by the Commons in 1999.

The Tower itself holds documents dating back as far as 1497 – although sadly, most of the archive for the House of Commons was lost during the fire that destroyed Parliament in 1834. The House of Lords archive at the time was stored in a separate building across the road and so escaped the conflagration.

As the Commons produces a lot more paperwork than the Lords, it has since caught up with the Lords in terms of documents stored in the archive, and in 2006, it was renamed from the House of Lords Record Office to The Parliamentary Archive to reflect the change.

Incidentally, the Government archives, being separate from the workings of Parliament are stored down at the National Archives in Kew.

There is an online video tour available so you can see what we saw – and quite a bit more as it happens, including the roof, from which you could have seen my flat, if the resolution had been high enough.

Thanks to the Archive staff for offering our small group a glimpse of the building, and I shall not glare too enviously at two of the group who had managed an extra visit to the Crypt Chapel of St Mary Undercroft, which I really wanted to go as well.