A preview of the Natural History Museum’s exhibitions in 2012

The Natural History Museum — that South Kensington terracotta palace to science — showed off its plans for major exhibitions next year and running into 2013, and I am relieved to say, no attempt to do a tie-in with the Olympics, and so offering a blessed relief from the sporting overload that we can expect next summer.

Of the things they are planning, I bet I know which will be the most popular with “joe public”, although oddly it wasn’t the one they seemed most excited about.

The exhibition that seems to be turning them into giggly school kids is opening next November, and will be a permanent display of the “treasures” of their collection.

Shown off for us in the lecture theatre by the curator who whisked away a covering cloth with a flourish, the main item on display will be the fossil of Archaeopteryx, an animal that demonstrates a snapshot in the evolution of reptile into bird.

She described it as the museum’s equivalent to the Mona Lisa – presumably as neither of them have eyebrows. Both of them have teeth though, which as one is a bird (of the avian sort) is quite unusual. 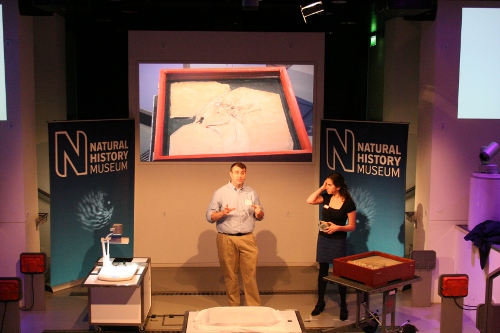 Other items that’ll go on display include dinosaur teeth discovered by Mary Ann Mantell, which lead to the realisation that big reptiles must have once existed. Very big as it later turned out.

The item that’ll probably get the most attention though will be a first edition of Darwin’s “On the Origin of Species”.

However, there will be a temporary exhibition next year that I expect will dominate London’s dinner table chatter – an animal kingdom version of the controversial, if fascinating Gunther von Hagens’ Body Worlds shows.

Just as he has put on displays of humans in various degrees of fleshy disinterment, here are animals given the same treatment – including a preserved and plastinated elephant that died of old age in Germany. 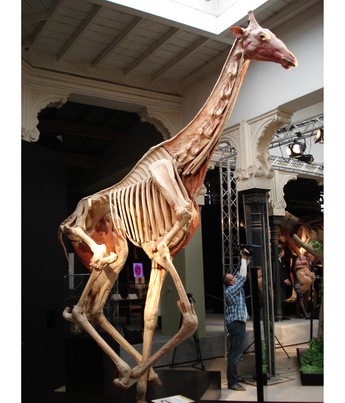 About 100 animals will be on display in total. It may be voyeuristic, but it’ll be damn popular.

Other exhibitions include one dedicated to Scott of the Antarctic, who famously died 100 years ago next year. In addition to the usual stuff you might expect, the display mainly focuses on an often overlooked aspect of the expedition – and that was its scientific research.

It was indeed that expedition that resulted in fossil samples being brought back for study that proved the continent was once as covered in plant life as it is today covered in ice.

Away from the exhibitions, there will be some live dissections taking place next year. Evidently tapping into the popularity of Channel 4’s recent passion for slice ’em open big-animal shows. 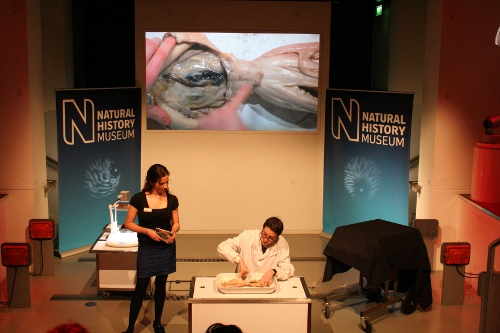 A couple of photographic exhibitions will also take place, and in 2013, a major display on the theme of extinction.

Hopefully, that will talk about the current extinction crisis and past ones, without trying to deliver a morality tale at the same time. I am very keen on climate/human impacts being discussed, but some museums veer a bit too close to preaching for my taste.

Deliver the facts and let my own morals interpret them please.

With the exception of the Treasures display and one of the photographic exhibitions, the others will charge to go in, unless you are a member of the museum friends society. Incidentally, they revealed that since the museum went free to enter for the permanent displays nearly ten years ago, their visitor numbers have jumped from 1.8 million a year to 4.5 million per year.

Doubtless I’ll have more details as each exhibition opens.