Published 27 April 2011 by By Ian Mansfield Events and Tours, photography

At 2am this morning, police started sealing off roads around Westminster.

At 2:30am, an alarm woke your correspondent from his slumber and he languidly crawls out of bed and out to the Night Bus.

At 3:30am, he is in Trafalgar Square wandering past a lot of police stopping what little traffic there is from going down Whitehall or The Mall.

This was the rehearsal for pomp and ceremonial bit of the Royal Wedding to check that everything works as expected.

What was not really known is when it would actually take place. I knew the roads would be closed between 2am and 7am, and had been informed yesterday that Soldiers would start leaving Wellington Barracks at 4am, and leave Westminster Abbey at 6:15am.

The guess was go down The Mall to Westminster Abbey then come back again – which what they were going to do on the day. Nope, they went around the back to the Abbey and only practiced the return route – but what a practice it was.

Anyway, back to The Mall, and shortly before 5am, we could start to hear soldiers marching and the traditional eff, aie, eff, aie,eff, aie,eff, aie, Halt! coming ever closer. Various groups marched along and were spaced at seven paces apart to line the Mall. Later an officer came along with a measuring stick and moved everyone to the “Army approved” seven paces distance. 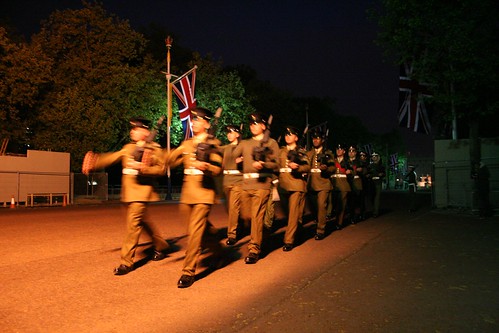 After that another hour of hanging around, chatting to the police and a couple of fellow photographers. Glaring in that British way at a Japanese TV crew who not only kept trying to get on to the road, but also blocking my view. I was there first! They went away eventually.

I was based by a huge sodium floodlight, which would have washed out all the colour from photos, but as I was expecting this to all take place at 4am, would have at least given me some light to work with. As time wore on it got progressively lighter until the floodlight was turned off. Oh. 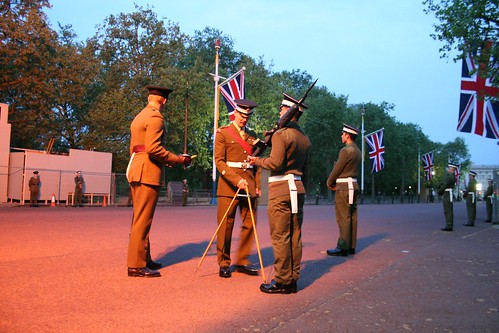 Several early morning joggers or people trying to get to work were stopped from crossing the Mall, either by genial police, or a sharp bark from a solider – this was their domain now, and no one entered it.

Several officers wandered around inspecting the troops, correcting a wayward hat here, a laugh there, and an admonishment about slack shoe-laces for one chap. 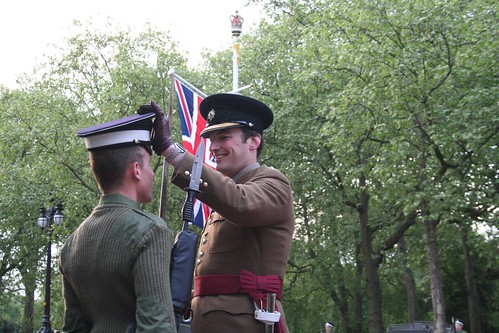 A squirrel also joined in and inspected the troops, although he was probably more interested in nuts than weddings.

Slowly the light was coming up and shortly after 6:15, we could see the first of the ceremonial procession coming along. 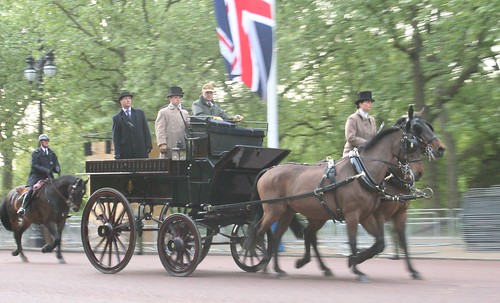 And then it was over.

Although it is easier to take photos in the daylight of an early morning, I must admit I would have preferred to have them in the dark as even though most of them would have been barely fleeting glimpses in the dark, it would have looked a lot more atmospheric.

Quibble aside, worth hanging around for the best part of four hours to get the photos and witness the event and while it didn’t have royal hands waving from the carriages, I doubt many people will get the clear view of everything that I had this morning. 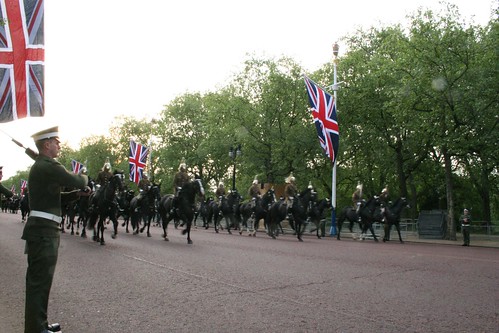 More photos on my gallery.

The BBC had a film crew by the media bunker outside Westminster Abbey so they filmed a bit there as well.

Once the military army passed by, somewhat later another army passed along – the street sweepers. 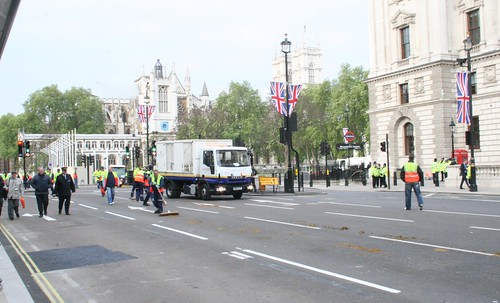 2 Pings/Trackbacks for "A Pre-Dawn Rehearsal for the Royal Wedding, in photos"