A series of films by the Rank Organisation presents a glossy exciting look at modern life, in this case, the Shell Centre in London — the office of the future.

With industry and farming still a major employer in the UK, the film starts by commenting that 1 in 6 of Britain’s population work in offices and to serve them, a new concrete jungle is rising in cities.

This film focuses on the newly built Shell Centre noting that, for example, so large is it that worker start times have to be staggered to prevent overloading the transport network. 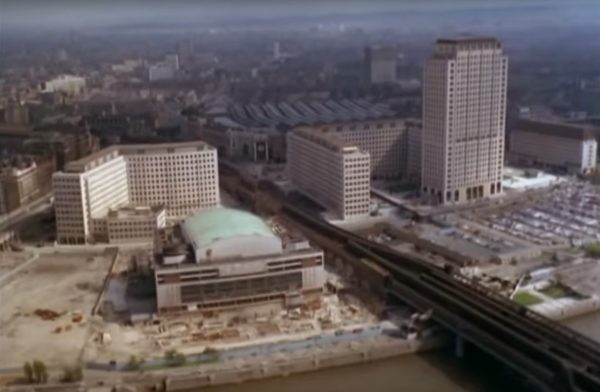 The office of the future is suspiciously clean, and well maintained, offering free meals, hair salons, a swimming pool and even its own archery and rifle range.

The business of the future is evidently one that is dominated by massive corporations. 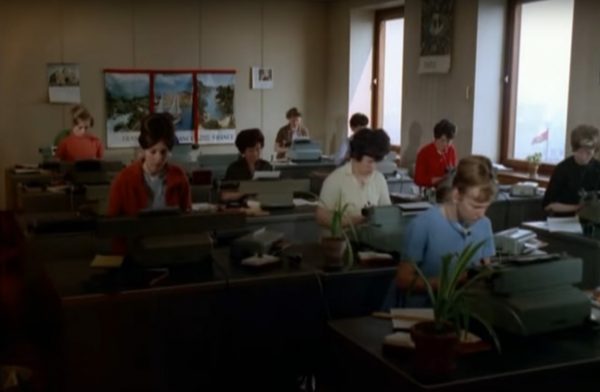 It is a criticism of these sorts of films that they often present a world that in reality, a relatively small number of people would ever have experienced, or could expect to.

Lovely to watch, but hardly the typical life of a 1960s office worker.

However, at a time of rapid advancement in workplaces, how amazing to work in a building with its own private “post office railway”, delivering letters by pneumatic dispatch direct to your office. 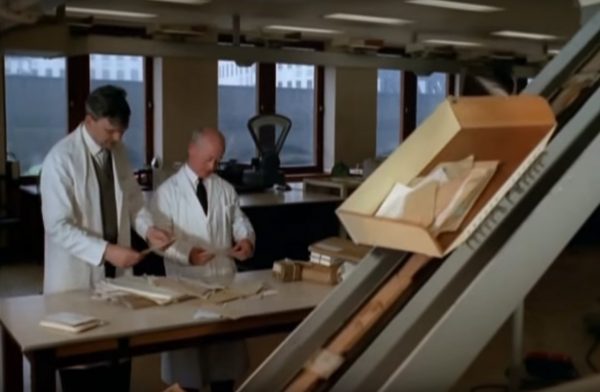 The typing pool looks anachronistic today, as even executives are used to typing their own letters. And of course, the gender gap is in full display, not just in the office, but the voiceover, which refers to the rest room relaxing away from typing numbers as a place where “the only numbers are the pretty ones”. 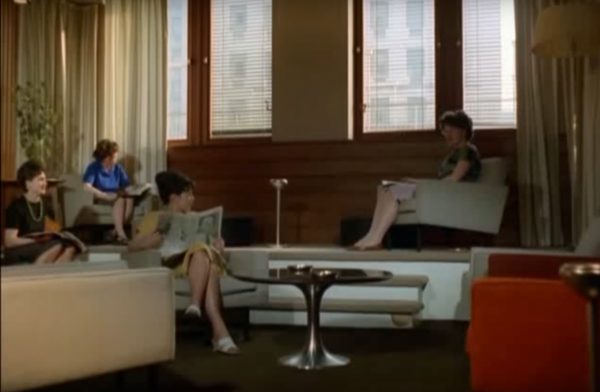 Many of these jobs have been eradicated by the rise of the computer age, and here it’s early beginnings can be seen in the dedicated computer room, and its “robots”. 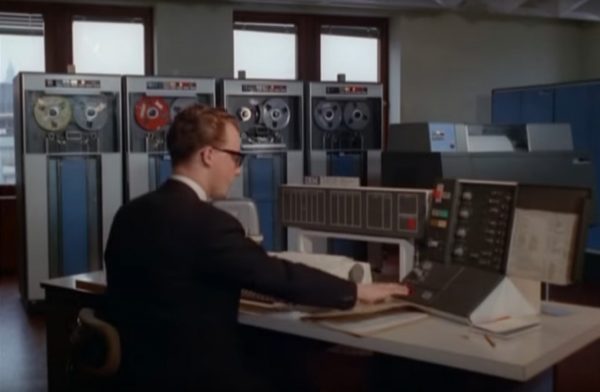 The film is 9 minutes of nostalgic joy.