A new tunnel to be dug in central London

Published 27 May 2014 by By Ian Mansfield Underground London

London is about to get a new tunnel. Only a small one, and privately owned, but it’ll be in constant use by hundreds of people every day.

As reported in the news media, Selfridges is about to splurge £300 million in its London store, and as part of that, will build a new tunnel to link two of its buildings.

Unless you wander around the back of the department store, you might not be aware, that there is a narrow goods and deliveries road behind the store, between it and an office.

Selfridges occupies some of that office block, and part of the plans for the shop are to take some of the office space in the shop building, turn it into shop floor (more handbags!) and move the offices into Nation House behind the store. [map link]

British weather being what it is, even though the two buildings are barely a dozen yards apart, that calls for a tunnel to be dug between them so sales staff can serve customers without dripping wet hair and soggy shoes.

The basements descend down 60 metres, so this could be quite a deep tunnel.

A light well in the office block will also be expanded to let some natural daylight into the tunnel. 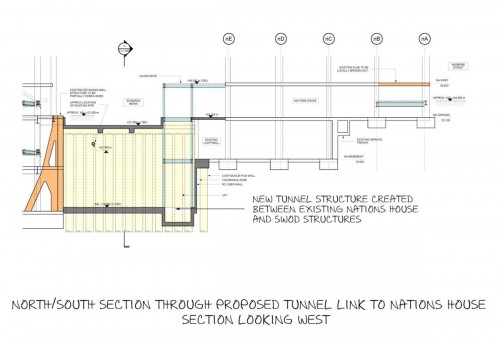 It’s only a short tunnel, but a tunnel it is, and thus of interest to tunnel geeks. Selfridges is also doubly interesting as some of the sub-sub-basement rooms were used during WW2 as telecoms control centres for communications between the British and US governments. Sadly just storage now, they are still an interesting bit of WW2 heritage. 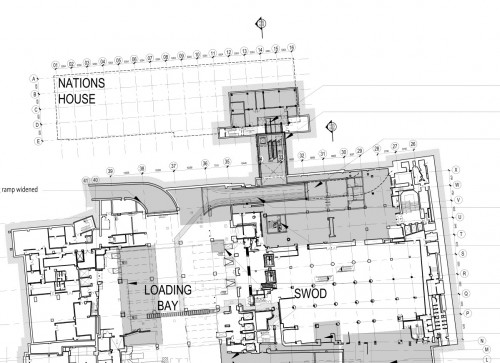