On the day that tube unions start a strike to keep stop TfL from closing ticket offices, TfL has opened a brand new station that was built without any ticket office at all.

This is of course the gargantuan Pudding Mill Lane station that has replaced its minuscule predecessor and the new building is vast. Very flat, but vast with it. As has long been the custom, DLR stations have functioned perfectly well without ticket offices, and the staff on the platforms instead of sitting behind a glass booth is possibly a sign of things to come elsewhere as well. 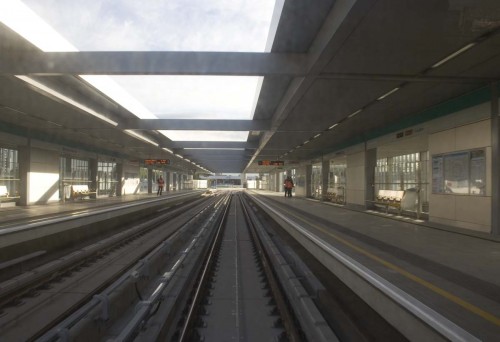 The new station is as I mentioned before a necessity as the old one not only sat right where the Crossrail tracks need to run, but because its diminutive presence really cannot cope with the expected floods of visitors when the area is turned into flats and the Olympic park revamp is completed.

This is, more than most, a station of moments.

A life led normally quietly, it is expected to have moments of massive amounts of traffic for the Olympic Stadium, and has been designed with throughput in mind. Get huge crowds in and out as quickly as possible. Lessons learned from the Olympics already coming into effect in building design. 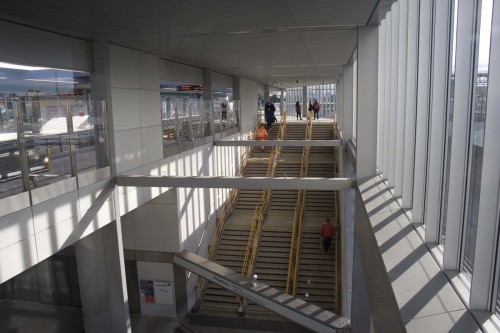 Huge staircases that dwarf the scale of the usual customer flow are in place and ready for the hordes to come. A lack of escalators may annoy some, but I recall reading not too long ago in a document I can’t find right now, that escalators have a slower throughout of people than static stairs.

Convenient when the height to ascend is great, but that’s all. At just three levels up, or down, these are hardly onerous staircases to use, and throughput is the name of the game at this station, as mass crowds head to games in the park.

A single lift per platform does however seem possibly stingy, but they weren’t working on the opening day anyway.

The station itself is very much built in the modern design of concrete and glass, and high-visibility edging. In fact, take off the DLR roundels, and this could be any London Overground station. The colour schemes are surprisingly similar.

The design is also very much a railway line, with a station wrapped around it. Even though they were built together, the two seem almost disparate entities. Some nice detailing outside in the stonework softens the effect bit, but there is no doubt that this is a massive plateau of a building. 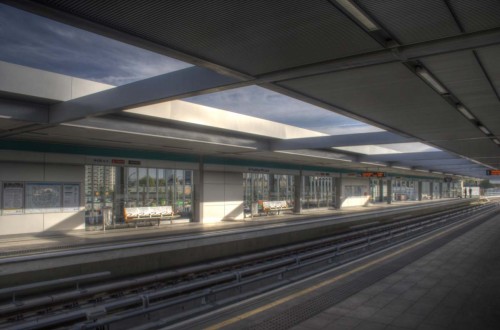 From a distance, the flatness seems as though it might be oppressively low, but actually, the ceiling is a good distance above our heads, and the walls of glass lighten the effect somewhat.

Incidentally, the glass enables the setting sun to cast really quite decorative shadows onto the platform floor. Deliberate or not, it’s quite pleasing. 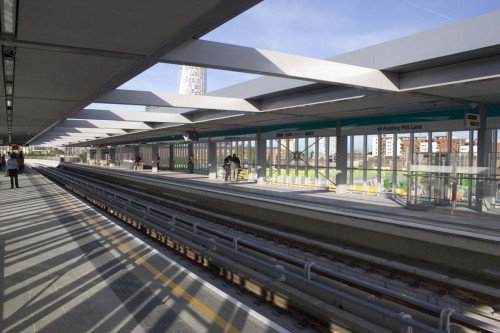 It’s not a station that I can see anyone falling in love with for the architecture. It is simple and functional. However, I suspect that those who use it during the massive crowd days will appreciate the huge staircases.

They might be less forgiving of the use of just two Oyster card readers at the foot of the staircases though. That seems worryingly few for a potentially very busy station — unless there are plans to add more later.

One member of staff expressed hope that the empty shop might turn into a Starbucks, but seemed OK with the idea that maybe the nearby ViewTube might take up residence instead.

Another member of staff asked who I was taking photos for, and while very polite and helpful, and offering to answer questions, it does annoy that photographers are questioned about their motives of photographing a new railway station on the very first day it opened.

Oh, and they’ve put up the wrong posters for the DLR map — they still indicate that 3-car trains can’t fit into the station correctly. A little dagger sits obstinately next to the station name to annoy the pedants, who are legion.

I would have liked to see the flat roof covered in some sort of green-roof material, but we can’t have everything.

The new DLR station is now open, and the old one already in the process of being torn down. Progress marches ever onward.

A few more photos to finish off

The old station seen from the new already looks ancient and decrepit. 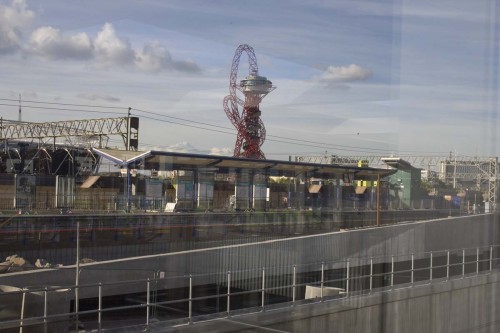 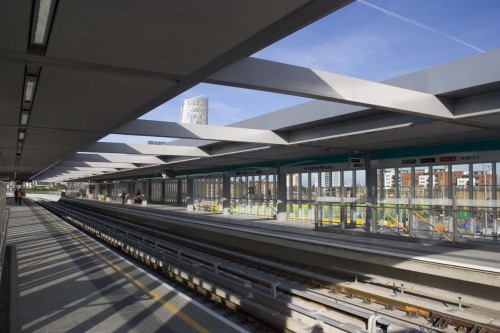 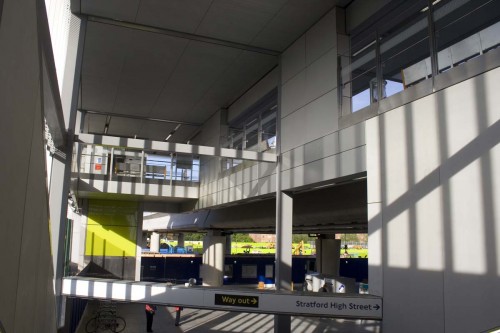 The new entrance hall, with the railway line above. 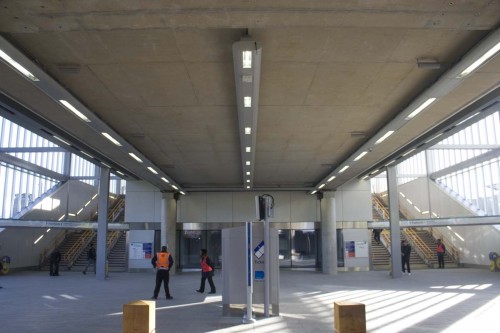 The old station entrance, now the domain of its successor, Crossrail 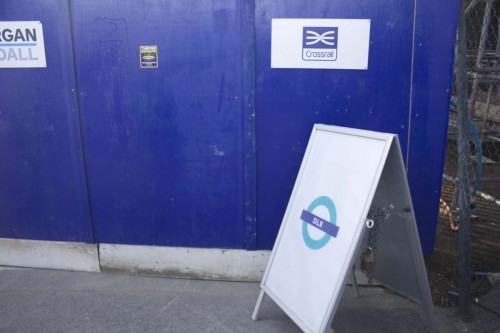 Welcome back indeed after 10 long days. 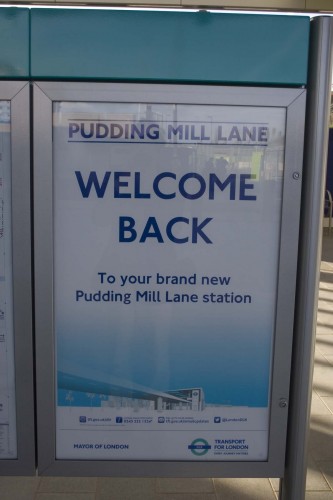 The wide approach to the new wide platforms. 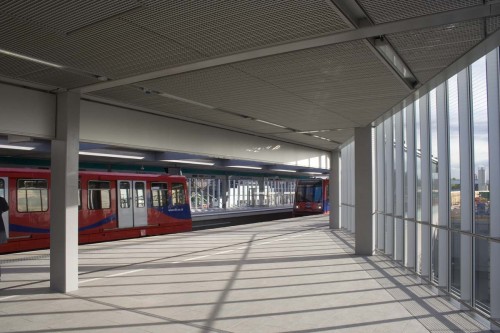 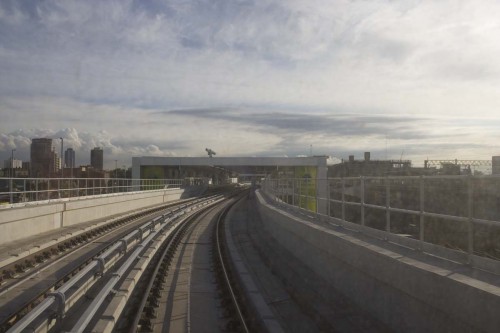