A former mansion house just behind Selfridges has added to its exhibition space with a dark new gallery in its basement. The £1.2million refurbishment of the space is being opened with an exhibition about the man behind the house, and the museum it now contains, Sir Richard Wallace. 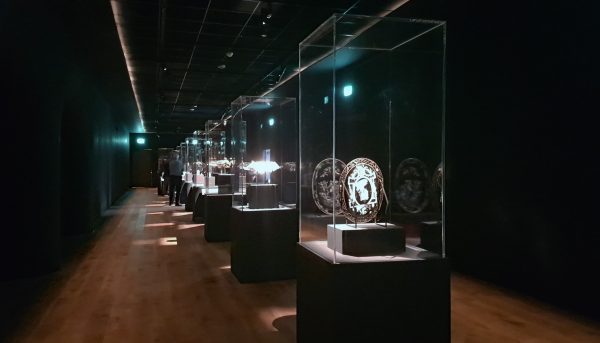 The supposed illegitimate son of the Fourth Marquess of Hertford, Sir Richard Wallace unexpectedly inherited the Marquess’s dazzling collection of art in 1870, an act which was to change the direction of his own life and that of the masterpieces in his care.

A major international philanthropist and cultural luminary of his time, yet also an enigmatic and private individual, Sir Richard believed in sharing his inheritance with a wider audience. He was also a prominent collector, adding extensively to the Collection prior to his death in 1890.

Since then, the Wallace Collection has remained intact in its mansion house and been open to the public for free.

The new space is a dark affair, a very long corridor with a couple of small side niches. The entrance doors are either deliberately difficult to find, or temporary, but you’ll find it in the lower level in the central court. 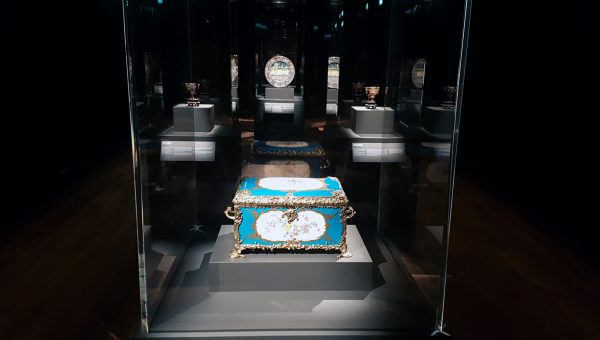 Starting with an introduction to the collector, the main space has been given over a series of glass cases show off one specific highlight from the collection.

As a display, it’s as eclectic as the man, and not really themed around anything other than these are some of the finest objects in the museum’s collection — a way of seeing some of the best in just one space.

An ostrich holding a horseshoe opens the display — the bird is often shown in this pose thanks to folklore that it could eat metal.

A small wooden statue of Hercules looks nice, but it turned out, after Wallace bought it to be by Francesco di Giacomo da Sant’Agata (and try saying that when drunk) and is his most prized collection. The carver was a goldsmith and a wooden statue is exceptionally rare, especially of this quality. 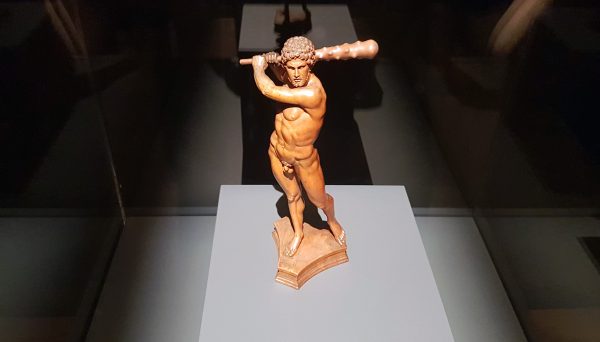 A silver chain fronts onto an incredibly detailed wooden triptych which is around 500 years old was so famous that it appears in works of art, some of which are themselves in the Wallace collection. 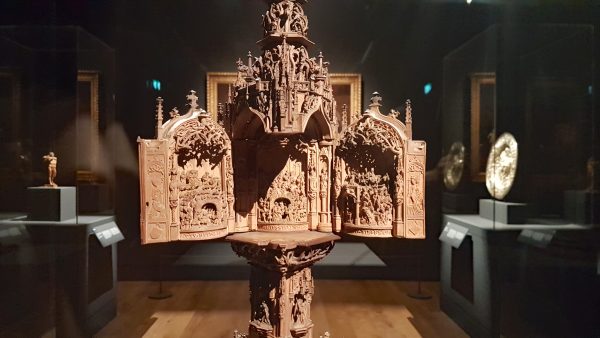 A rather fine bell is reputed to have belonged to an Abbey around 1,500 years ago and remained in the same family for centuries. These families, known as “keepers” passed Irish relics down the generations for safekeeping.

The last keeper of the bell was a poor fisherman who sold it in the 1840s, presumably preferring instant cash over eternal gratitude. 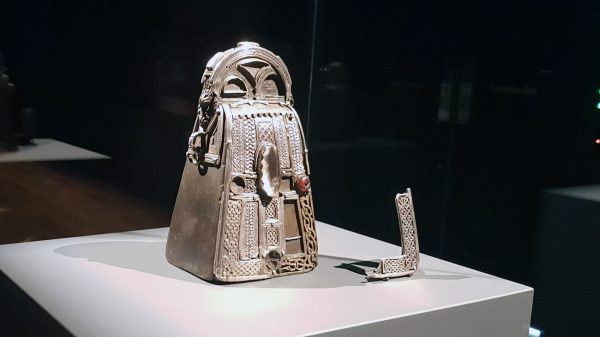 At the far end, what is said to be Wallace’s final ever acquisition, an acrobat standing on his hands, which is said to be an unusual theme for sculpture? It makes a fitting counterpart to the Hercules at the start of the display.

The gallery is free to visit — as is the rest of the museum — and the current exhibition is open until the end of this year.