A new cover for the tube map is released

London Underground is releasing a new tube map, and for its 25 edition with an art cover, they have commissioned London-based artist Gillian Carnegie to create the new design that will be printed on 12 million copies.

The new map features a pastel work on paper by Carnegie, entitled Metropolitan Diamonds, which explores the legacy of the London Underground’s fabric design.

Carnegie’s drawing references the graphic pattern of the Metropolitan line’s moquette fabric as well as its title.

The muted palette of the work has been directly influenced by a 100-year old Metropolitan Railway timetable cover dating from 1916, which the artist found in the London Transport Museum’s archive.

Eleanor Pinfield, Head of Art on the Underground, said: “Gillian has taken the Metropolitan line, which she remembers travelling on as a teenager, as a point of departure to create an intricate pastel work. She was inspired by the geometric prints seen across London Underground’s network; the resulting artwork has a deeply personal resonance for the artist, but is also very evocative for many who travel on London Underground.”

Since 2004, Art on the Underground has commissioned 24 previous Tube map covers from leading contemporary artists.

The new pocket map is starting to appear in stations at the moment. 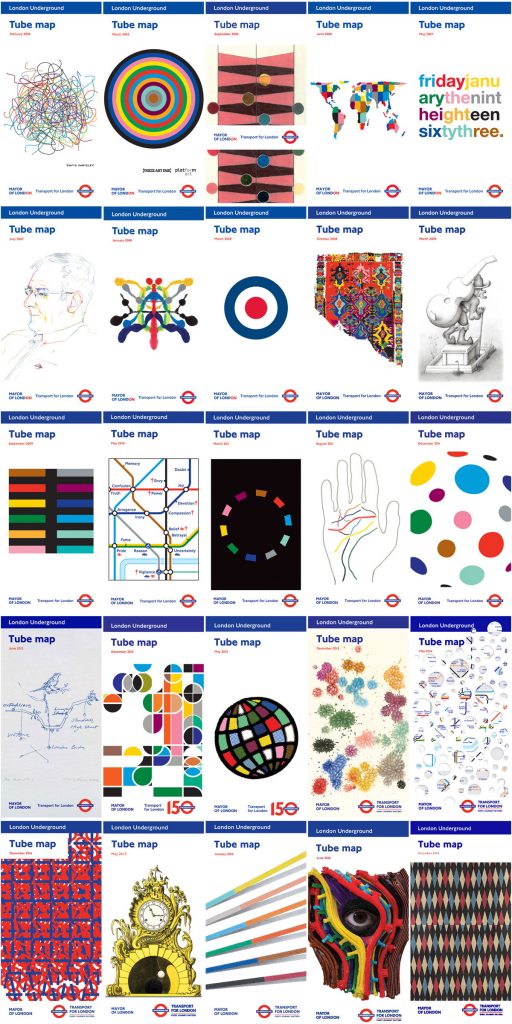