A new book about the New Bus for London

A new bus needs a new book, so the New Bus for London has gained an official New Book about the New Bus. 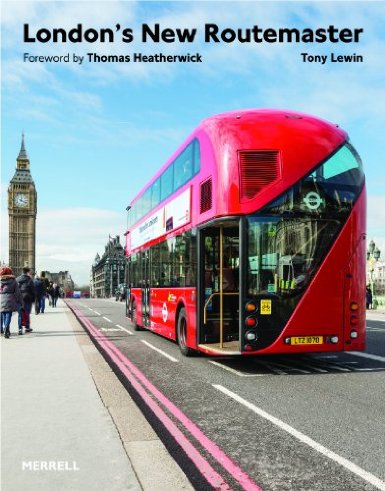 Written by a transport journalist, it is a fairly decent insight into the the development of the New Routemaster/NBfL/White Elephant without being too detailed about the nuts and bolts of the bus design.

It is essentially an official guidebook rather than an in depth dissection of the new bus.

As such, some of the politics is overlooked, or mentioned more in passing than in depth as you have hoped for. Yet, within is still a good overview of the development process for the bus, and the thinking behind the design.

The idea for a replacement doubledecker is almost entirely political — it was a manifesto pledge, and politicians are supposed to uphold them, and the book does go into some detail about why they think a frankly bit weird pledge to bring back the Routemaster seemed to resonate so strongly with the public.

The red double-decker bus is a cultural landmark of London, and regardless of the technical merits, the replacement buses had a very utilitarian feel about them, and London was fast becoming a city that was “just like all the others” in how its buses appeared. Cheap rectangular boxes that could be found in any major city.

For some reason, largely emotional, Londoners really like our double-decker buses, and that helped Boris win the election, and thus mandated, to push ahead with the new bus.

Yes, they could have gone with an off-the-shelf design, but there are I think really good reasons to have not done that.

London’s buying power in transport is huge, and as such, where it had been generally the bus companies that presented what they had and the buyer picked from the buffet selection — TfL had the clout to turn the situation around and force a new design onto the manufacturers.

People will probably argue the cost issue until they are blue in the face, or red in the face — depending on political allegiance, for this is largely a project that seems overly political.

Much of the hate comes from one side of the political spectrum, and much of the love from the other.

Looking at it as a dispassionate project to deliver a new bus is rarely achieved.

My personal opinion is that quality costs money, and if London is to have a unique bus of its own, then a premium has to be paid for that. We elected the Mayor on that mandate, so damn the democratic process if you want.

The book itself does offer some interesting insights into the design process. I wasn’t aware that the bell pushes are wireless now. Nor that the treads on the staircase are a fabric more usually found in luxury yachts. The colour of the bus outside was never going to be anything but red, but the colour inside has been given really quite substantial thought.

We probably never notice that the led lights are slightly off white to give a warmer colour to passengers skin tone, but it’s there. Nor did I know there is a minimum radius for handrails, but curiously no mandatory garish colour requirements. So the new bus doesn’t have bright yellow handrails all over the place.

The downside to the book, and not one that is unexpected for an official guide is that the problems the bus encountered are mentioned barely in passing.

The finances with the bus operators is presented as a good idea, even if the reality is unknown, but suspected to be otherwise.

Likewise the issue of the air conditioning is barely touched upon.

Maybe that is the fault of a book that is supported by TfL, or a realistic reflection of the impact that these issues had on it.

For all the mass media fuss about the air conditioning, it was fixed fairly quickly, and if we look back at how the original Routemaster was introduced, the problems are insignificant.

Those original Routemasters were loathed when they first appeared. They were exceptionally unreliable, breaking down all too often and generally mistrusted by a public hankering to own a private motorcar.

We might look back at any large scale introduction of a new product and judge it less by whether we like the politician in charge than by whether it is actually a good product, or not.

Will the New Routemaster is they prefer to call it last as long as the old version? Probably not, but mainly as technology is moving ahead at an ever faster rate.

The book itself though, available in that dying medium of paper and ink is a fairly decent overview of the emergence of the New Bus for London, with lots of glossy photos to pad out the text. 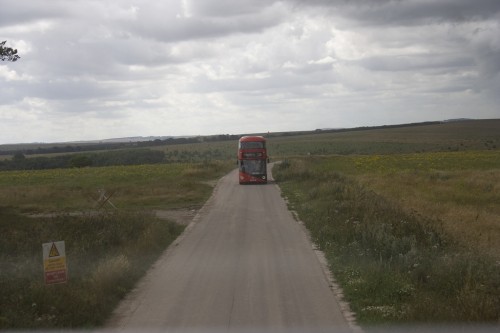