Regular users of London Bridge station will doubtless be aware that the mainline platforms are raised a couple of stories above the surrounding road, supported on massive brick arches.

These arches are visible in the form of roads that run under the station, and following opening of the Jubilee Line, some clearing out of some of them for the new underground station and “shopping mall” route through to some of the platforms.

However, a vast space lies under the concourse unused – but soon to be cleaned up and turned into a public space.

Although it was for a time inhabited by the art/events space, Shunt, it is typically quite difficult to see the structure when lit by artists instead of architects – so this weekend was a chance to see the building instead of the art.

A nondescript door hides the delights within and a long corridor that was lined with large arches leading off to either side. 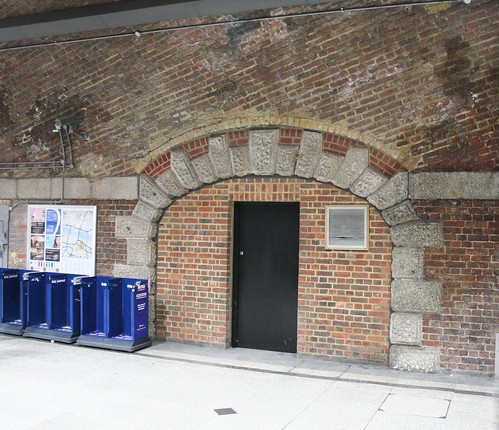 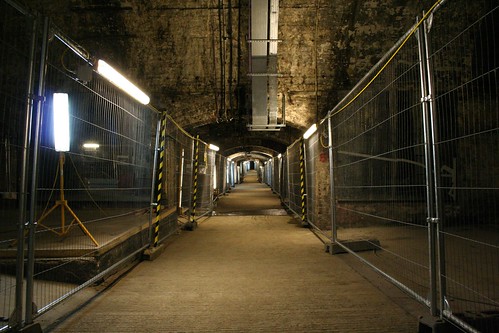 A wander around looking at the roof arches, some of the old signs still lingering and a modern intrusion – some support works for the Shard skyscraper above. 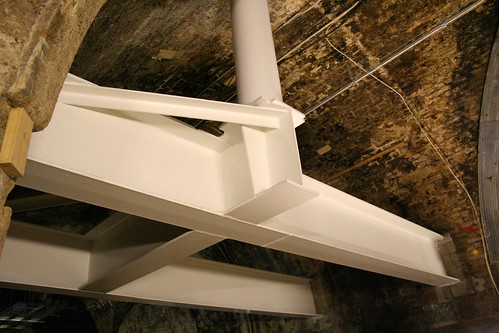 It was around another corner that the industrial mystery was revealed, and no one knows what this structure was used for. 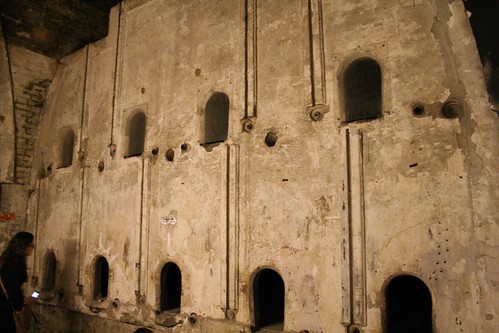 Each chamber within is lined with tiles and have what looks like joints for pipes to flow through them – possible heated gases? There are no flue vents as might be expected with ovens, and the entrance gaps look a bit small compared to the space within. 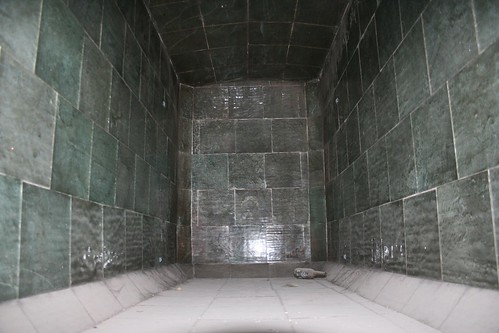 Although there is no sign of hinged doors being fitted, bakers often put a wooden panel in the gap and sealed it with dough – so it is still possible that they were heated spaces for food.

Then again, it is a double height structure, and it seems odd to have food on long poles being fed into the top containers.

Frankly, no one really understands what this thing is for, and the historians associated with the site would really love to know. It might be quite important after all. 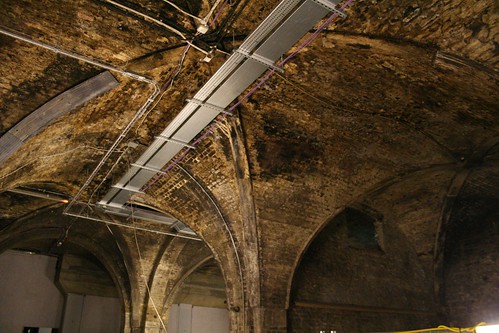 Apart from the mystery, this was a chance to look around the arches, smell the damp, and in one spot, hear the tourists in the neighbouring London Dungeon.

It’s not the first time I have been in an undercroft at London Bridge though – as I once spent the night in the vaults under the train station’s namesake.

A few more photos in the gallery.