When it opens next year, the Elizabeth line’s station at Liverpool Street will be so long that it creates an entirely new link to the Northern line that was never possible before.

A blending of two stations is not unlike the complex at Bank, but a lot easier to find your way around. 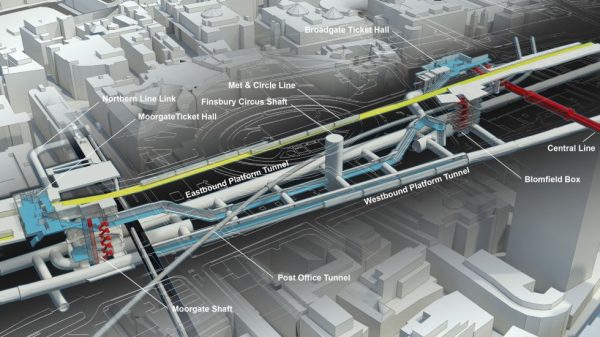 For Open House, there was a chance to see a small part of this gigantic future tube station — the ticket hall area at Liverpool Street.

What should have been a fairly simple box dug into the ground proved to be rather less than simple. The site was initially taken over by archaeologists, who removed some 4,000 bodies buried there by the Bedlam hospital.

Then they had to remove a rather large amount of services, power, sewers, telecoms and the like, and move them sideways to allow the new ticket hall box to be excavated.

What will be left is a shallow space underneath the road, with three escalators down to the ticket hall from a large glass box at street level. If you’ve seen the new entrances at Tottenham Court Road, then it’ll be a familiar design. 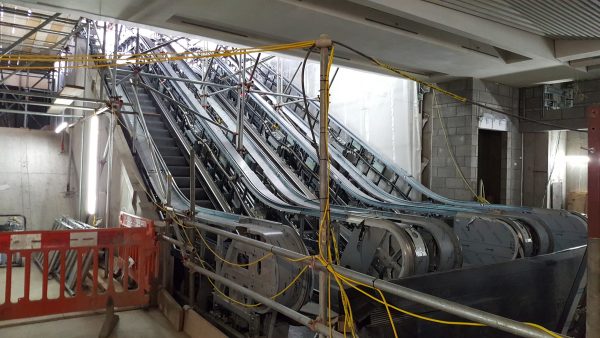 One of the more distinctive features will be the ceiling, which was are not supposed to refer to as a pin-stripe suit, but in this city region it certainly looks inspired by the uniform of the local workers. 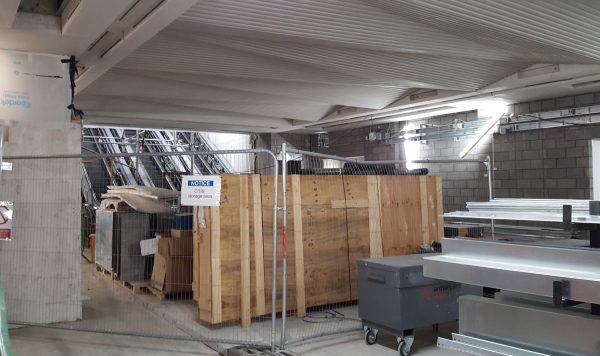 However, the design is more engineering than purely artistic as it serves a couple of key functions.

Aesthetically, it breaks up the otherwise flat roof and that helps to make the long expanse of the ticket hall feel that the ceiling isn’t too low down. The other benefit is that the angular design and the “stripes” help break up soundwaves, so the noise of people using the station can be reduced, making it slightly quieter than it would otherwise have been.

A subtle sparkle of mica in the fibre-reinforced white concrete will glow with indirect lighting. 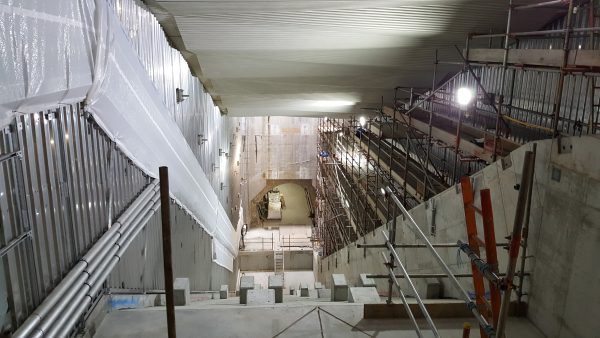 Another bank of three escalators will take people down to the Elizabeth line, and here will also include one of a number of “inclined lifts” that are being installed along the line.

Rather than a standard up/down lift, which will perfectly functional do often leave people with a long narrow corridor to get to it, here the lifts will glide down the same angle as the escalators.

It’s likely to be a mini tourist attraction in its own right. 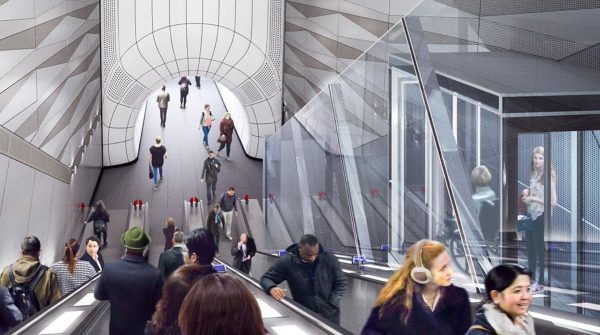 Rather arcanely, had there been two lifts, then we would have been able to call it a funicular railway, which would have meant there was a mini-railway inside the ticket office.

Which would have been fun. 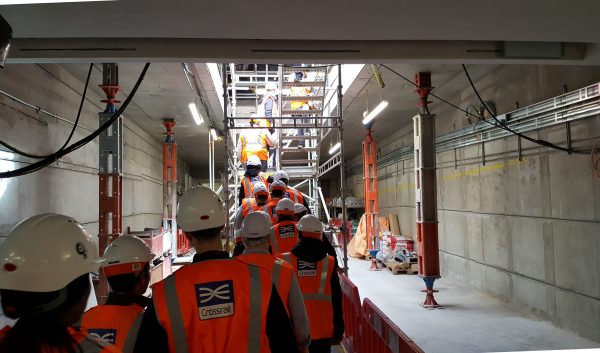