A look at Crossrail’s critical Acton dive under

Not far from Paddington can be found a small, but surprisingly important part of the Crossrail project.

The Acton Yard [map] is a major logistics hub for London, and one of the busiest rail goods depots in London, handling mainly heavy aggregates for the construction industry. Trains flow in and out of here throughout the day, and they pose a potential threat to Crossrail.

The depot sits to the north of the mainline tracks in/out of Paddington, and while trains heading into London simply slip sideways into the Yard, those that leave have to cross the London bound tracks to get to the southern side of the railway so that they can head out of London.

Anyone who has seen freight trains on the London Overground (and elsewhere) will appreciate just how staggeringly long they are — and having really long trains crossing the London bound tracks can block the tracks for several minutes.

Currently, not really a problem as they are timetabled to slot in between passenger trains, but along comes Crossrail, and those gaps in the timetable vanish.

To stop London-bound Elizabeth line trains from being delayed, there needs to be a way of getting the cargo trains across the tracks, without blocking the traffic. A bridge over the tracks was ruled out, so as is often the case with Crossrail, they went underground instead.

A 730-metre long dive-under has been constructed at Acton letting London bound trains pass underneath the freight trains when necessary.

It’s a long thin stretch of railway cutting that has been exceptionally difficult and time-consuming to build.

Firstly, there wasn’t any space for it, so the entire freight depot had to be shunted slightly further north. Fortunately, the depot is closed on Sundays, making work slightly easier, and the freight depot took the opportunity to redesign its layout a bit.

A slither of land sliced out between the passenger railway and the depot, and for the past couple of years, Bam Nuttall has been digging down to construct the dive under.

It’s both quite basic, and yet very complex.

It is in essence, a couple of parallel lines of piled driven into the ground to form two walls, some 5.6 meters apart, then the soil was dug out between them to create the dive under.

In the middle sits both the reinforcing to stop the sides collapsing and the tracks leading from the freight depot that are the entire point of the dive under. 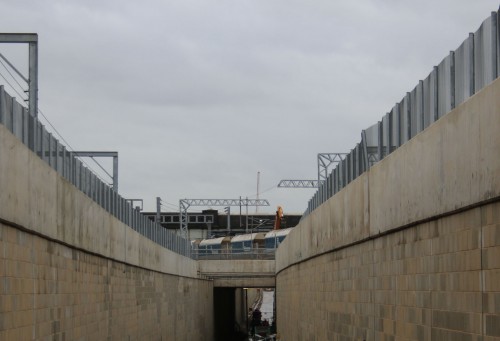 Unfortunately, construction had to be done on a site that had fast running passenger trains just feet away on one side, and heavy trundling freight wagons on the other.  A mishap with the construction could have seen a landslide that would have taken out the mainline railway into Paddington for months. 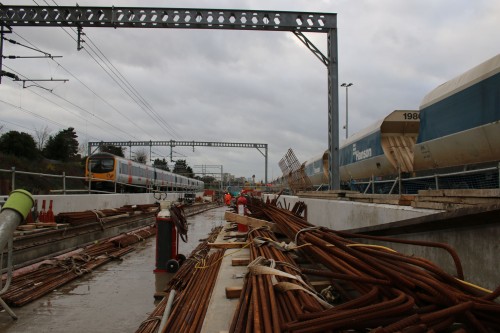 If that wasn’t enough to contend with, they had just one access point to the site, meaning that construction materials arriving used the same access as the waste leaving. They estimate construction time could have been halved had a second entrance been possible.

At the moment, they are building the remainder of the sidewalls on the eastern side of the box, and laying the last of the floor slabs which will carry tracks to junctions allowing trains to slip back onto the mainline. 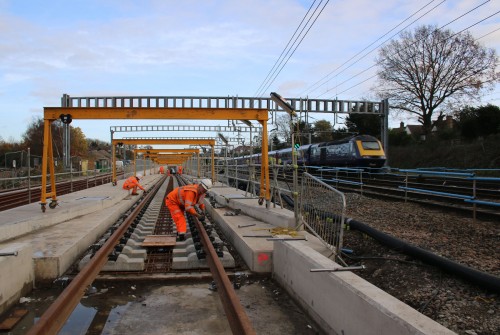 Over Christmas, the mainline out of Paddington will be closed for a few days, so that sites such as this one, or at Stockley can get to work on creating junctions or ripping up tracks they can’t otherwise get at.

The work on the dive-under is being managed by Network Rail and is expected to last until 2016. 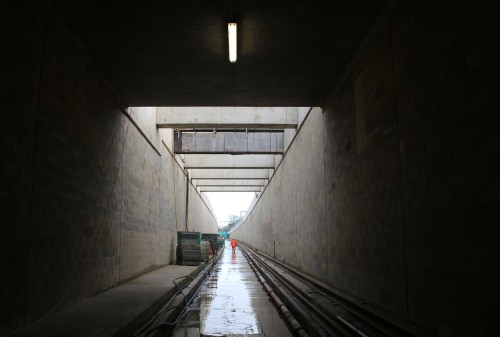 As with all major infrastructure projects, Crossrail has brought forward things that were wanted but maybe not likely to happen in the short term. Such as a dive under at Acton so that mainline trains heading into Paddington aren’t delayed by empty wagons heading west to pick up more building materials for London’s insatiable construction boom.

When it is all finished, that small but complex bit of work, a single line of track in a cutting will do more to cut delays on the mainline into Paddington that could ever be appreciated by its simple size and design. 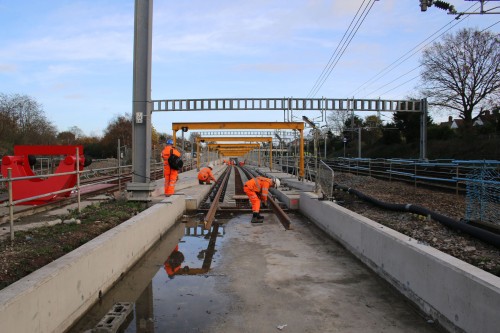 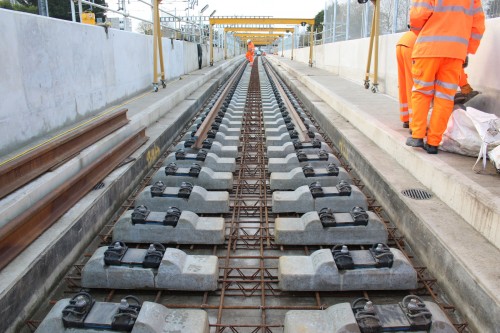 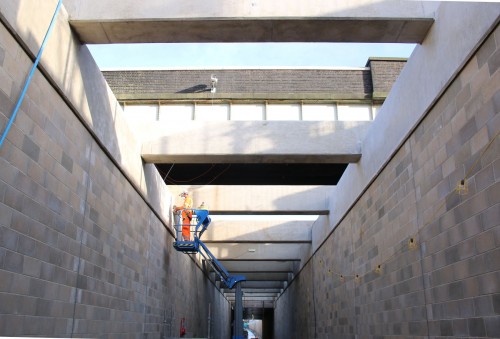 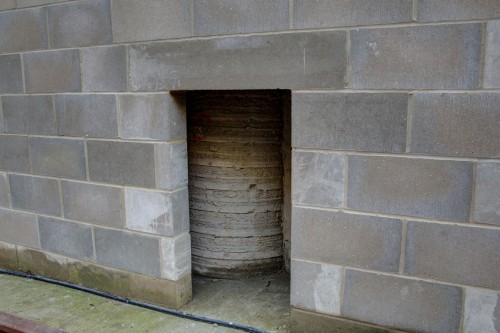 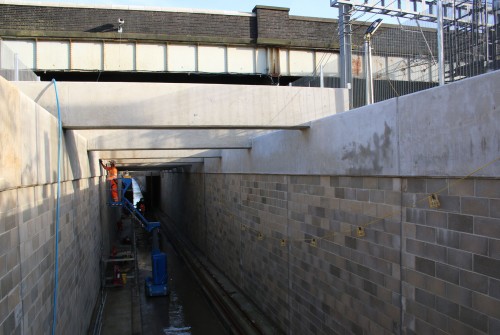 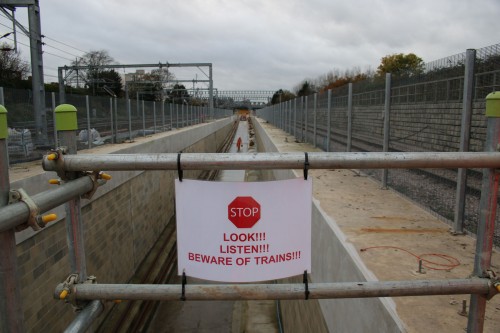