Surrounded by council block flats and next to a wide open green space called Bingfield Park near King’s Cross sits Crumbles Castle, a modest sized stone fortress of the sort that any Medieval knight would probably recognise.

It is however, not medieval, nor a Victorian romantic folly. It was actually built in 1974. 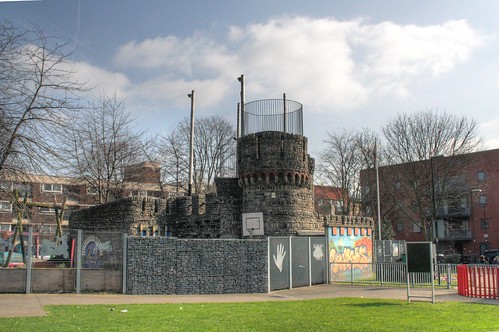 According to a short story in Design Journal, “old telegraph poles, concrete and granite sets from dismantled Kings Cross roadways were the chief raw materials for this toughest of all adventure playgrounds”.

In language that I am more used to reading in Victorian news reports, the castle is described as “well suited to the robust natures of the kids in the Bingfield St neighbourhood.” Which is a bit of linguistic license to suggest the local rough lads would ruin a more delicate building.

Oh well, functionality before aesthetics – and it is just a “fake” castle, so I shouldn’t begrudge it being put to a more practical use. I am sure it delights the local kids. 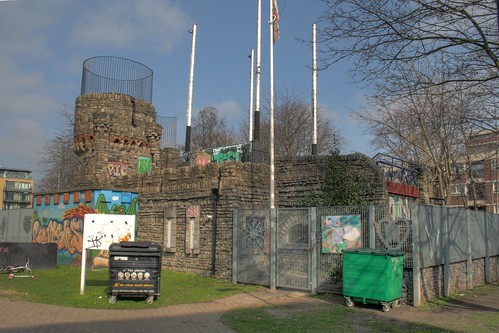