A look around the building works on the Hammersmith Flyover

The dramatic closure then partial reopening of the Hammersmith Flyover is about to move into a new phase as a series of night-time closures takes place to finish off the main works that have taken place so far. It was therefore a good chance to have a look around at what has been going on behind the concrete walls that motorists have been staring at as they crawl along the single lane that is available to them. 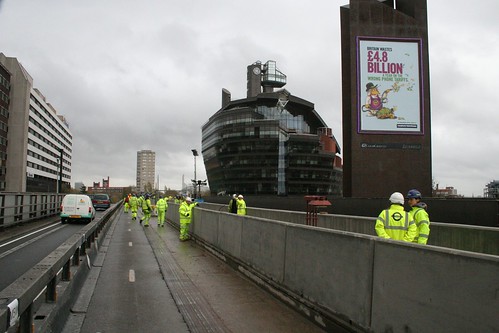 You may recall that the works were triggered by the (controversial) discovery that the steel rods that were embedded into the concrete have been rusting rather quicker than expected. This has been largely blamed on the use of salt to grit the road. When it was designed, under road heating was supposed to alleviate the need for gritting, so they didn’t think to protect the steel from salt corrosion.

Last year the flyover was closed to all traffic, then reopened slightly in January and repairs were undertaken. In essence, they are adding in a new set of tension wires along the worst part of the flyover which will add to the remaining intact tension steels from the original design.

A very detailed article about the design of the flyover and why it needs repairs is here.

It’s those works that are hidden behind the concrete wall – and are quite substantial. 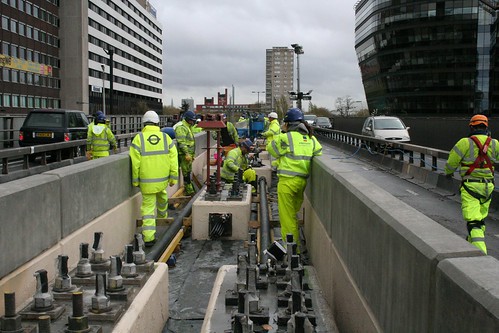 The three blocks are mirrored underneath the road as well – and carry the bundles of cables that will add the necessary tension to hold the bridge stable.

The bulk of the work has been done now – and that is in fact why they now have to start closing the road overnight. In order to tighten the cables and make sure they are tensioned to the right amount, they need the flyover to be empty of road traffic. Each block of the bridge has a different quantity of original steel intact, so each needs to be tensioned separately to ensure they get the load just right.

Too loose is bad – but too tight is worse as you start putting unwanted pressure on the concrete and could cause it to crack. 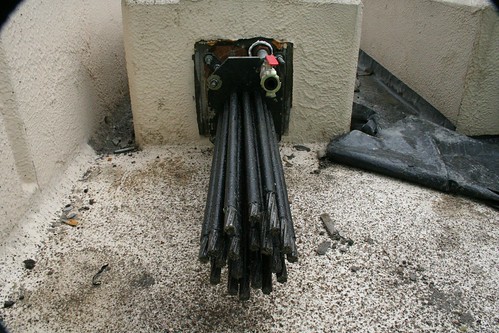 So, no cars on the bridge during the works. The night-time closures of the flyover start tonight (Wed) and run until Monday 30 April. There will also be two Sunday closures over the next couple of weeks.

Then, all done – well, apart from putting back the road they have had to cut away to be able to replace the central reservation. Incidentally, the new central reservation is wider than its older cousin, so the flyover closures give them a chance to modify the sides of the bridge to compensate for the slightly narrowed road.

As mentioned above – the concrete blocks being constructed on top of the bridge have counter-parts inside the concrete box that makes up the main structure. However, the space inside the box is very tight, and the entrance even tighter.

They had to build a mock-up of the works just to be sure that their equipment could fit through the tiny space they can cut into the concrete floor for access. 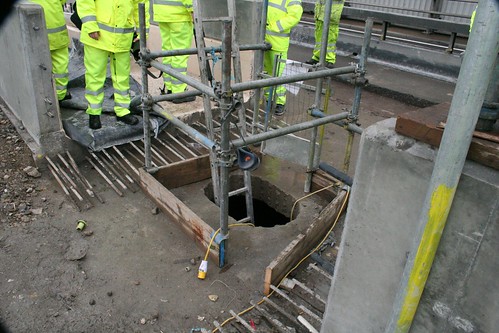 Sadly, a possible chance to go inside for a look was cancelled as the weather had been unkind and dumped rather a lot of water through the holes. I’d have probably still gone in! However, a lack of change of clothes and other people filming on-site meant it wasn’t really possible. 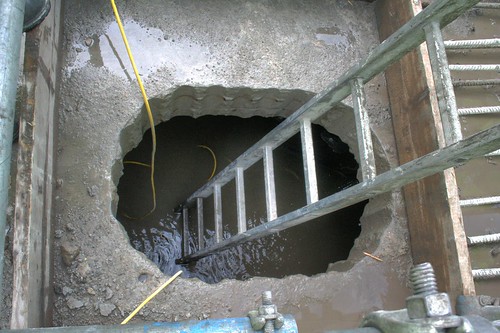 The TFL press office kindly provided a photo of the inside though. 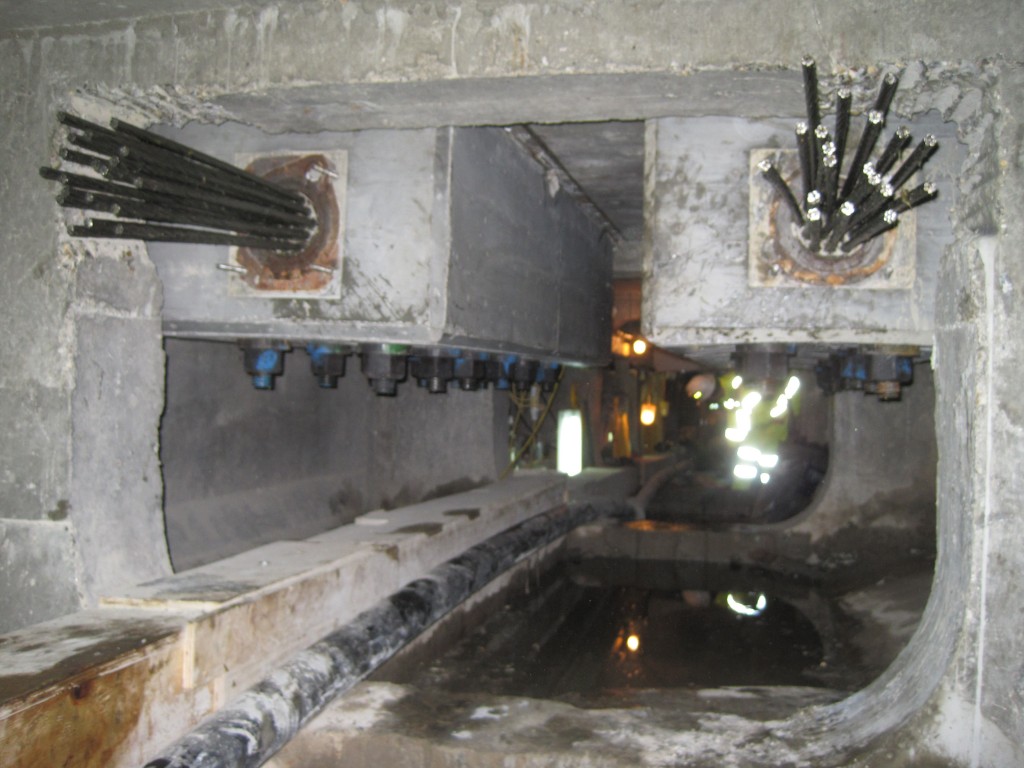 As you can see, it’s a very tight space in there — the clearance is about 75cm — and all that has had to be installed by hand. At the peak, some 30-40 people were working inside these concrete boxes to build the blocks and thread the cables through them. With access via that tiny hole in the road.

Unlike the original design, the new structure is being designed to survive salt gritting – and also be inspected, which wasn’t really possible before. Work to strengthen the five weakest spans of the 16 span structure will be completed in June – but then they return next year to finish off the rest.

The repairs should last around 50 years – which gives them time to decide what to do with the flyover. Replace it with a modern flyover, or build a tunnel?

Thanks to TfL for the site visit. 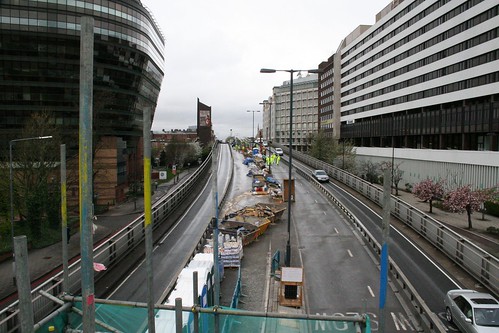 You can also watch the works going on via TfL’s traffic-jam cameras, although they are updated as static images, not live webcams. The Hammersmith Flyover is here – refresh the image every few minutes for updates.