A look around Boston Manor House

Sitting half way between posh Chiswick and ahem, less posh Hounslow lies Boston Manor, named after a Manor House – and one of the ancient manors of Middlesex.

A short walk from the suitably named tube station is Boston Manor Park, which was once the private gardens of the Lord of the Manor and now a public park and nature reserve, and sitting inside is the eponymous manor house itself.

Although owned by the local council since 1923, it was only opened to the public in 1963, but has been closed since 2006 due to structural problems.

This weekend it reopened. Well, a bit of it opened again. A very small bit. But probably the best bit. 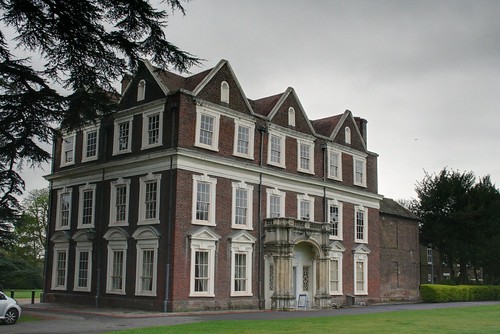 Built around 1622, the main part of the house has been extensively updated over the years and a large Victorian wing was added later for servants and the family grew over time.

Another modification was the addition of a doorway leading from the staircase to the main garden, which now gives the building a slightly off-centre feel to it from the rear.

The grand frontage is showing signs of its age with the windows slipping in the structure. There are suggestions that the house was built in a bit of a hurry and has been suffering the implications of that ever since. The stone porch is a 19th century addition as part of a late Jacobean revivalism.

A small A-Board outside advertised the fact that the house is now open to the public, so turning the handle to open the front door brings you into the ornate entrance hall with plaster ceiling and fake urn columns creating a secular rood screen to conceal the staircase. 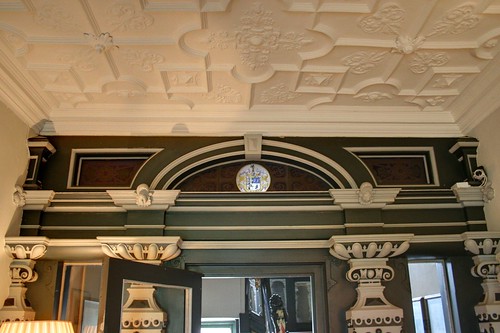 To the left is the main dining room, decorated with – at the time – very expensive yellow paint and specially decorated for a very rare event. A monarch visited the owners, the Clitherow family for supper. Although rich, the Clitherows were mere commoners and it was unheard of for Royalty to dine with their subjects in this way. 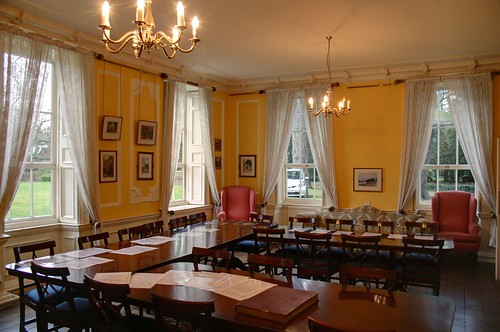 Through a door, a 2-foot deep corridor and another door brings you to a still under restoration room. The double door/corridor is to allow for the very thick brick wall which runs through the centre of the house and enabled fireplaces to lie flat with the wall. 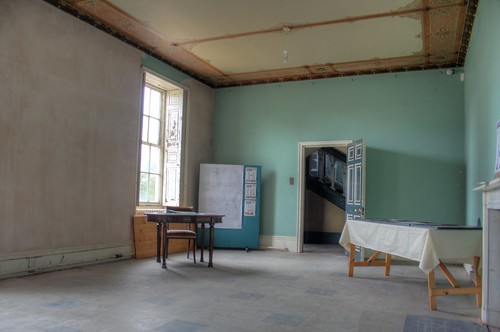 The main staircase is largely original Jacobean and creaked most agreeably as I ascended to the upper floor which houses the master bedroom and State Room. The heraldic animals each hold a crest for different members of the Clitherow family and were added when the aforementioned Royals paid a visit.

The staircase also has a very rare Trompe d’œil painted balustrade that mirrored the real one on the other side. 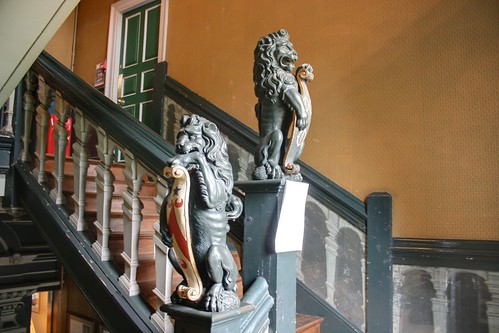 The first floor contains the State Room – which is sumptuously decorated. The flock wallpaper is probably Victorian but the ceiling is original. It would have originally been painted plain white, and the colours/gilt are a later addition. I think the colours work well here, and looked to be very “Wedgwood” in style, which was very fashionable at a time, and is possibly why the white was painted over.

There is also a grand fireplace with quite possibly – to my mind – the cheesiest Biblical representations of Jacob’s sacrifice I have ever seen. Chintz is an understatement for this garish horror. 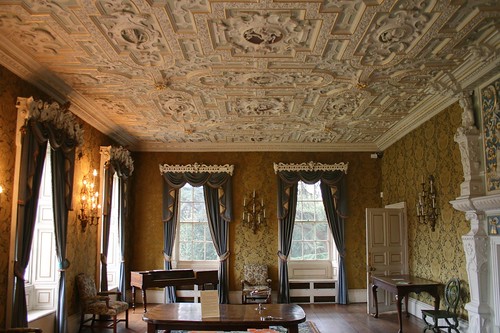 A master bedroom and smaller side room complete this side of the house. The other side of the house is still off-limits as it is in dire need of the restorers touch. I was given a peak through the locked door to see the other side and it shows the signs of its time as a council run school and housing with a lot of plywood and cheap carpeting being visible. 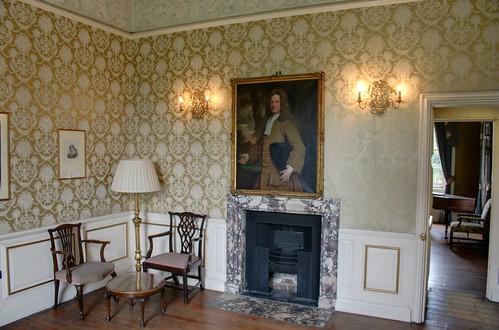 Although the second-floor is not open to the public, climbing up the staircase reveals one of the hidden wonders of the whole building – the ornate wallpaper that probably once ran down the entire staircase. The narrowness of the staircase here will probably make showing this off to the public a bit of a pain, but I hope they manage to do something with it.

Wouldn’t it be amazing if more of this is discovered under the rather bland Victorian wallpaper that is used to decorate the lower two floors. 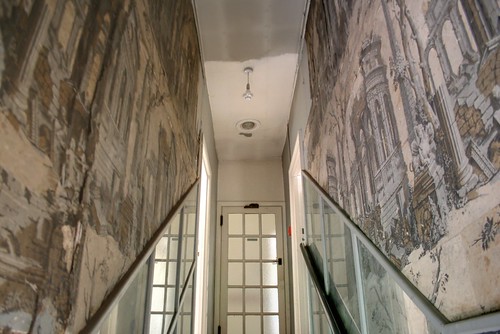 Although only a few rooms are currently open to the public, that for me is part of what encouraged me to visit – as I like to see houses that are not perfect or pristine, and still show signs of the builders at work.

The rear library should be finished later this year, and may be used for local art displays, then over the years, the rest of the house will be slowly restored. Funds permitting.

So this could be a building that rewards annual visits, to see what new bit has been opened up. Although the grandest rooms are now open, I am usually fascinated by the servants quarters which are in the side building. 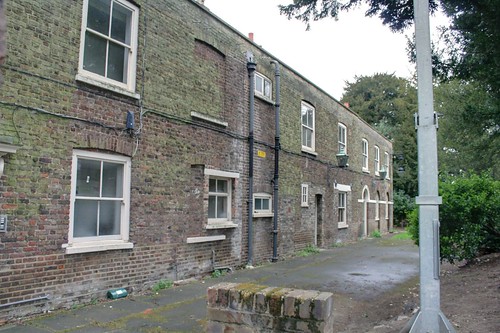 The plans of the house also show a cellar – a brick vaulted cellar no less. Now that I would love to see!

If visiting, do take time to have a look at a hidden secret in the undergrowth to the right of the building (looking out from the front) – a WW2 air-raid shelter. 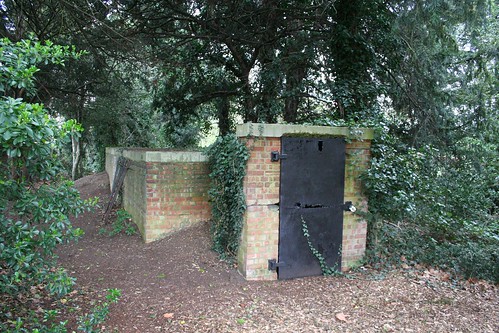 Sadly, the Brentford Festival which usually takes place in the surrounding park during September has been cancelled this year after a dispute.