Published 12 May 2013 by By Ian Mansfield Architecture

Even by the standards of the era it was built in, Selborne House — that sat opposite the Army and Navy store on Victoria Street — was a masterpiece of bland office design — a brown monolithic slab of drab. Sitting between two more brown towers, it did nothing more that turn the street into a long canyon of melancholy.

However, as part of the wider changes in the area as government officials are kicked out and old buildings are demolished, the whole site was razed to the ground, and a more modern glassy slab has replaced it.

Although faceted and angled in places, most of the shape distorting effects are around the sides and top, which means we have ended up with another “almost-slab” fronting onto Victoria Street again. Fortunately, the use of glass lightens the effect, especially as it reflects the buildings, and sky opposite to create a virtual skyline that if you squint a bit can almost make the bulk of the glassy façade fade away (looks much better on a sunny day). 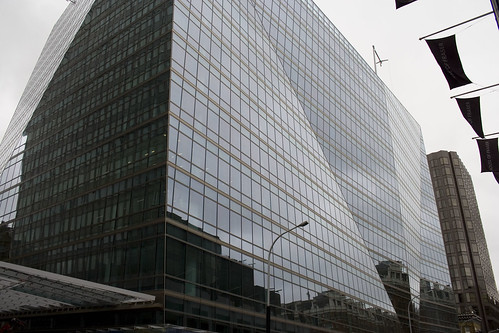 The biggest improvement though is the ground floor that binds the building to the pavement, and is the part most often seen by people on that side of the street. Away have gone the blocked off walls and low rise foyer, and in has come a massive all glass frontage that lets light flood through the area.

Also, what was once 54-60 Victoria Street is now 62 Buckingham Gate. A more prestigious street name achieved by shifting the entrance around to the side of the building. It is also here on the corner by a major road junction that one of the more interesting aspects of the building is visible to passers by — and it is nothing to do with the building itself.

Within is a huge lamp, designed by Stuart Haygath that has been assembled from 70,000 recycled spectacle lenses. It shimmers slightly in the natural air flow of the building, and is really quite dramatic and slightly mesmerizing. 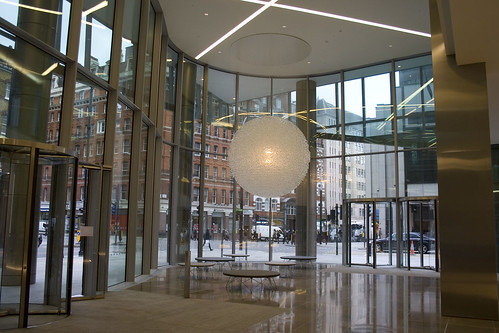 A more cozy seating area at the other end contains a tapestry by Grayson Perry. 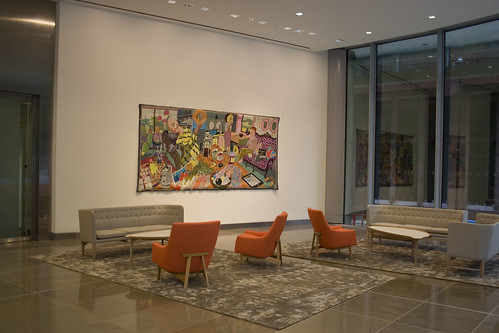 The previous building came with a basement car park for 95 cars. Today that has been replaced with space for 300 bicycles. And showers. It does make me wonder if we will ever see cycle-hire racks being installed inside new office basements in the future?

Although I described the building as being a bit of a glassy slab from the front, around the sides, the edges are more sharply angled, and that has the advantage of making the interior look rather more interesting. Rather than sitting next to a glass wall of uniform panes and columns, the skin of the building shifts and twists depending in which side you look at. 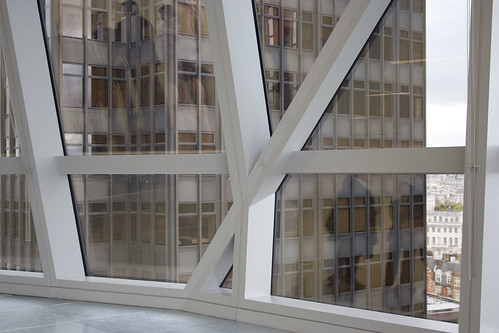 Although just 11 stories high, and sitting between two tall towers, if you are lucky enough to work on the 11th floor, the views north and south are quite spectacular. 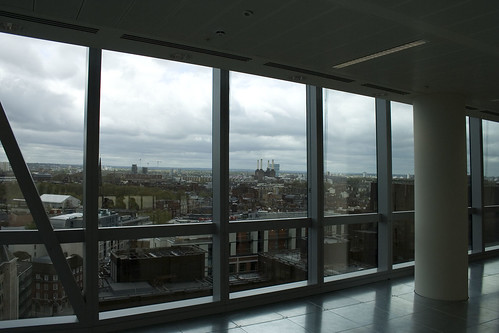 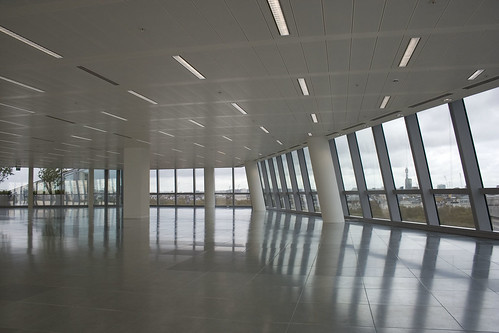 Even looking to the East you can make out St Paul’s Cathedral and Westminster Abbey in the gaps between the towers. 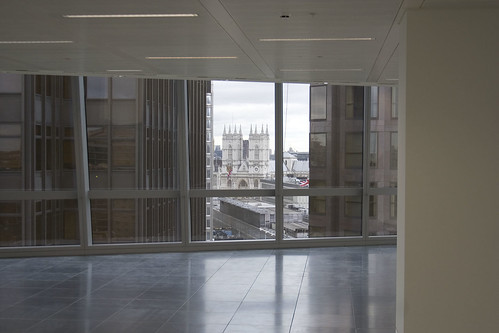 A green roof, and a modest sized terrace are designed to provide a bit of greenery to the upper level so that when seen from Buckingham Palace, the building shouldn’t be too conspicuous above the trees of St James Park. In theory. I didn’t test it out myself. 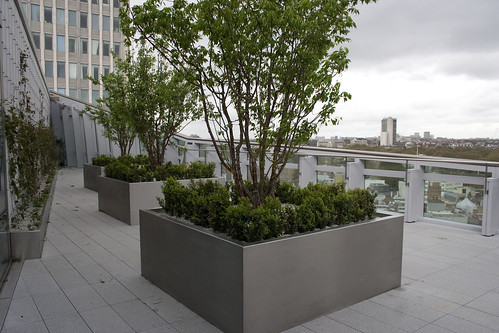 Of course, the views are only visible to the tenants, so for the vast majority of people passing by, the biggest change — apart from the physical structure — will be in how an alleyway between the former building and Westminster Town Hall is being improved.

What was a narrow dark passage of limited appeal, but considerable utility to pedestrians is getting a glass roof, and a number of cafes along one side. I suspect that vastly more people will benefit from that small improvement than would ever get to work inside the new building itself. 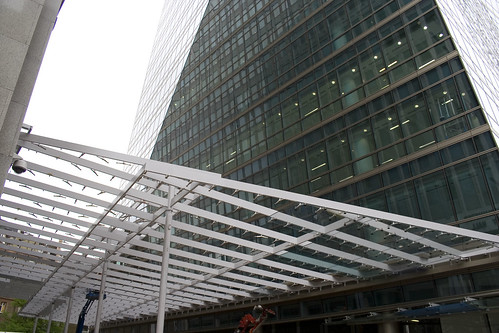 Thanks to Land Securities for the look around the building.

For architectural model fans, there is a model of the entire Victoria area in the Land Securities marketing suite, with their development picked out in pink – showing just how much of the area is to be redeveloped. 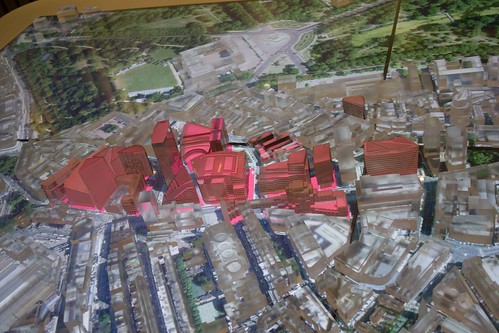