Published 25 July 2013 by By Ian Mansfield Events and Tours, History 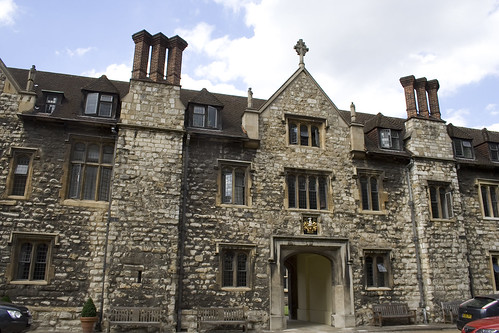 Not easy to wander past The Charterhouse by accident [map link] as both ends of the access road, while open to the public also have forbidding looking gates at each end. It’s also not particularly easy to get inside, but the Brothers offer occasional tours of the place — one of which took place yesterday.

Back in 1348, a plague pit was dug on the outside of the City Walls and a small church erected, but a few years later, a Carthusian monastery was set up just to the north of the plague pit.

The plague pit is still there — in the guise of a large private garden, and in fact, the ongoing Crossrail works nearby uncovered some skeletons recently. They had to be tested for the plague before being removed.

Happily doing monkish things, the monastery was largely left alone until its dissolution in 1537 — an act they strongly resisted which resulted in the head prior being executed at Tyburn for defying the King. There is a rumour that the prior’s arm was nailed to the gates of the monastery. While there is no evidence to support it, if he was given a traitors death, then parts of his body would have been displayed around London as a warning — so maybe the tale is true!

Tours start by the gatehouse which does little to hint at the historical wonders within as most of the interior is laid out as courtyards surrounded by two-story buildings, made of a mix of stone or brick. 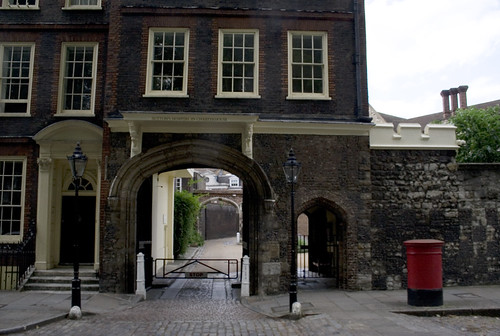 Sadly, much of the wooden structures were destroyed by incendiary bombs during WW2, so while the walls are authentic, most of the ceilings and decorations are now modern recreations.

They certainly didn’t have 1970s style cork tiled floors in the 17th century! 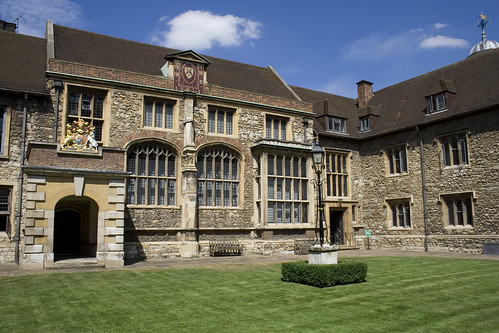 The main courtyard is appropriately named after the Master who is still overseeing the place, and it’s from here you can get to the chapel and main dining rooms. The original chapel actually sat slightly to one side and post-war excavations were able to discover the layout of the original monastery, which is picked out around the site in brick inlays within the grass or pavements. 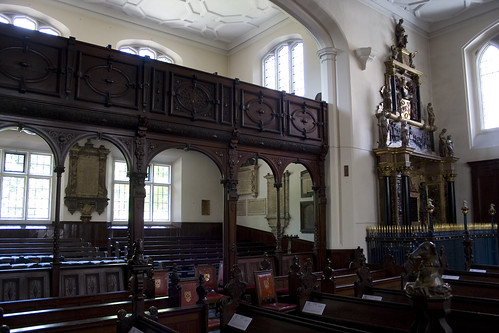 Within the chapel though can be found a monument to the post-dissolution period’s most generous benefactor to the now-ex monastery, Thomas Sutton. He bought the site, and upon his death in 1611, left a large trust fund for a school and for the pensioners (Brothers) who lived there.

The school still exists, although it has long since moved down to Godalming in Surrey, leaving just the Brothers behind.

As it happens, there are vacancies for Brothers at the moment, although you tend to have been the sort who contributed to society in some way to qualify — and have to be a retired poor Christian male.

In my recent flat hunting, I noticed that they also rent out some rooms in a side courtyard for private tenants. Sadly when I contacted them the rent was rather more than my “social housing” sized budget could afford and I had to decline. Living there would have been delightful for the soul, if less so for my wallet.

Back to the buildings.

A rather nice side court is named after the washing rooms, and indeed one of the rooms still contains the community’s washing machines. This is also the sort of venue that has cameras turning up a lot as it is a convenient location for television crews to film period dramas. 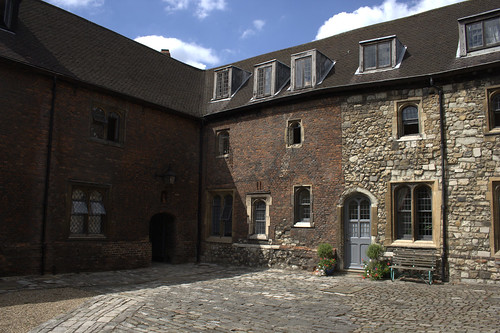 Another square, and this time with an ornate garden that is quite new. Until a couple of years ago the gardens were flat lawns, but a new gardener has got rid of that in favour of much more dramatic planting, which livens the place up considerably.

A length of cloister remains, with medieval walls on one side and brick arches on the other. Above our heads, a walkway was built for Queen Elizabeth I to wander along when watching Real Tennis being played — and was only recently barred by H&S fears that the lack of a handrail meant 400 years after it was built, people might suddenly decide to start falling over the edges. 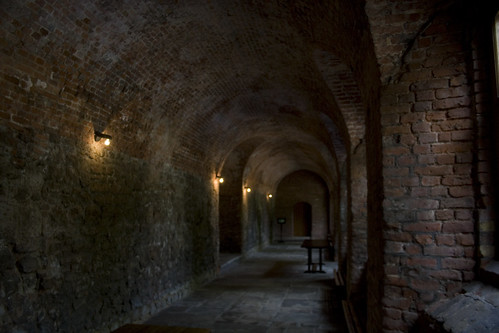 Like many City of London livery companies, the Brothers have a grand dining room — eating here is still a communal affair, and a grand hall. 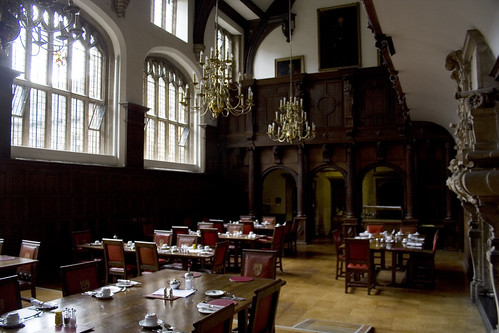 Sadly, apart from the Elizabethan era fireplace and 15th-century tapestries, it’s all a modern recreation of what was here before a German bomb burnt almost the entire room down. Attempts to restore the fireplace in the past were abandoned when it became clear that they were doing even more damage to the decoration. 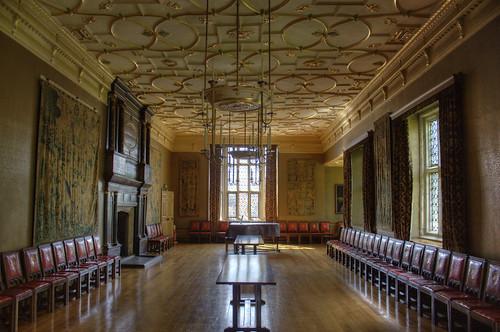 It was a good 90-minute look around a site that is not an obvious one to know about — although it will become more famous soon as they have recently been granted funds for a museum, which will open the place up to the public a bit more.

In the meantime, if you want to book a tour, you have to send an email asking for dates, then once confirmed, pay £10 for the ticket.

There’s also quite a good guidebook available at the end of the tour for £5.

NEWSLETTER
Tagged with: smithfield, The Charterhouse