A library hosts an exhibition about Stationers

For around 500 years, a worshipful company controlled the printing industry within the City of London, and an exhibition has opened showing off some of their heritage.

Formed in 1403, the Worshipful Company of Stationers and Newspaper Makers’ was named after the stalls, or “stations” set up by printers outside old St Paul’s Cathedral. 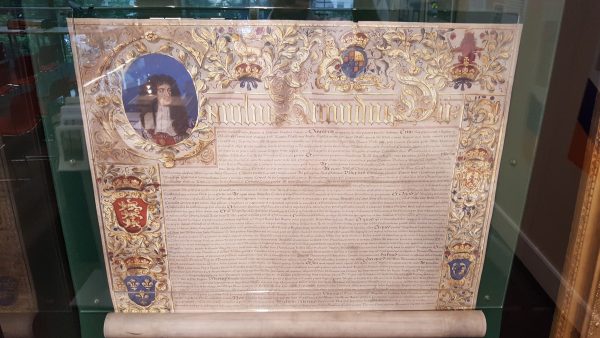 Right up to 1911, they controlled, and earned money from the copyright on written works. At the time, it was the printer who controlled copyright, not the author — unlike today — and it was the income from controlling copyright that was to make the Worshipful Company very rich.

The exhibition in the Guildhall Library is a set of large explanation panels, and a few glass cases with choice objects on display. 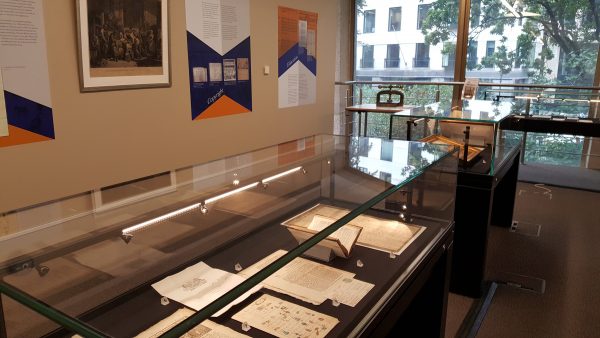 For example, the Company of Newspaper Makers, with whom the Stationers merged, controlled early newspapers, including on display an example from 1715 which included adverts for new copies of the Psalms, alongside a treatment for Gout and hair removal.

London’s bills of mortality, the weekly lists of the dead were front-page news for the Gloucester Journal, while the London Gazette, which is still printed, was for a while printed in Oxford to avoid the plagues.

Like most Companies, they invested in training the next generation, and in 1861 they formed their own school, since disbanded, but that was nothing compared to the chores of an indentured apprentice.

The apprentices had to serve 7 years, during which time they couldn’t drink beer, visit the theatres, play games, sell goods without permission, nor engage in carnal affairs.

Today things are a bit more civilized, and membership is open to those who work in the content or publishing industries.

The exhibition, Stationers not Stationary: The Worshipful Company of Stationers and Newspaper Makers is open at the Guildhall Library until the end of August.

The library is open Mon-Fri, with a late closing on Wednesday. It will also be open on Saturday 12th August.