As a city famous for its frozen river it’s probably not a surprise that mankind has been skating on ice since time immemorial, but it wasn’t until the Victorian era that the first artificial ice-rink was invented.

Ice skates made from animal bone have been found going back to at least the 12th century, and are probably older, maybe dating to Roman times when the Moorfields marshes would freeze in winter months.

Medieval people used animal bones, attached to the bottom of their shoes by drilling holes into the bone and threading a strip of leather through to attach them. The animal bones have an oily surface that assists in skating over naturally rough ice. 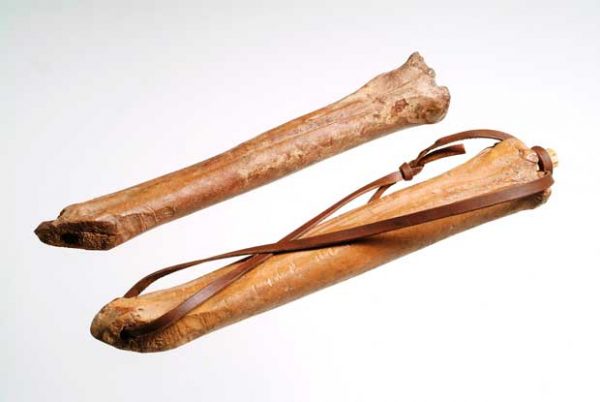 Initially used simply to get from A to B in a frozen land, it was later that they became more for recreation and sport, but thanks to the vagaries of the weather, always an infrequent one.

What was needed was ice-on-demand, and in 1841, Henry Kirk invented a form of artificial ice — filing a patent on the 2nd November 1841.

As he wrote, the invention would produce “a smooth surface, similar to ice, over which persons may skate and slide, at any season.”

The artificial ice was composed of a mixture of water, with carbonate and sulphate of soda, treated with sulphuric acid. He added that the slipperiness of the ice could be increased by rubbing a small quantity of powdered French chalk over them.

The first demonstration was a small “ice rink” in December 1841, in the seed room of a garden nursery near Dorset Square, Marylebone. The rink was quite small, just 12 feet by 6 feet, and was more to show off the invention to investors who might support a scheme for an all-year ice rink in London.

Demonstrating an ice rink in the middle of winter might not have persuaded the investors of the uniqueness of the invention though, so the next demonstration was in the middle of summer 1842, when a larger sheet of artificial ice was laid down at the Coloseum in Regent’s Park.

A further attempt with a much larger ice-rink followed, at the Baker-Street Bazaar, Portman Square, with a Glaciarium including a huge sheet covering 3000 feet. Unfortunately, despite visits from Royalty, the ice-rink proved to be a commercial flop. It was difficult to maintain the quality of the ice and the chemicals were costly to buy. 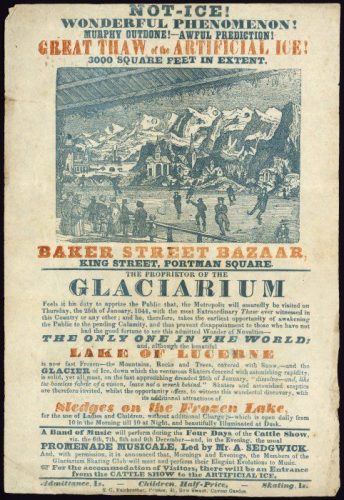 The appeal of an artificial ice-rink was given a boost by a tragedy.

Winter 1867 was a particularly cold month, and the lake in Regent’s Park had frozen, encouraging large numbers of people onto the ice for some fun. On the 14th January, the ice cracked, and stewards, known as icemen were reported to have had to rescue a number of people who fell into the lake below.

However, the following day hundreds more arrived, and although the exact details vary, it seems that a very large section of the ice broke up into fragments, tumbling the skaters into the deep lake.

In total 40 people died on what is still the worst ice disaster in London.

Developing a working artificial ice-rink was now seen as not just commercially desirable, but also offered the potential to be much safer.

It was however not until January 1876 that the attempt was made, with the opening of the world’s first mechanically frozen water based ice rink, The Glaciarium in Chelsea.

Initially opened in a small tent to test the market, it moved to its permanent home at 379 Kings Road a few months later, where an all-year round ice rink measuring 40 feet by 24 feet was installed.

Created by the British inventor, John Gamgee, it was based on a method that he had accidentally discovered while trying to develop a method of freezing meat for import from Australia.

Instead of food though, he stumbled upon an ice-rink — and the Glaciarium was made from a concrete basin, with copper pipes carrying a special mixture of glycerine with ether, nitrogen peroxide and water. Water was pumped onto the basin, and frozen by the copper pipes.

The artificial ice-rink was operated on a membership-only basis and he attracted the sort of wealthy customers who were used to skating in Alps on their winter holidays. Holidays for the mass market were still many decades away, so no point letting the lower-classes in to spoil the rich folk’s fun.

A second Glaciarium shortly followed, floating on a large barge on the Thames at Charing Cross to mimic the long lost frost fairs.

Unfortunately, the frozen ice tended to give off a mist as the building was itself not kept cool, and skating in the icy fog proved to be unpopular. The ice rinks closed just a couple of years later, in 1878.

There were a number of short-lived experiments in the following decades, mostly based around using artificially cooled water indoors, but during the winter months, when the buildings would be naturally cold, and the fog from the ice wouldn’t be an issue.

As the popularity grew, the London Ice Club was inaugurated in 1927 at 19 Grosvenor Road as a large permanent structure. Unlike the Glaciarium, this was open to the general public. Indeed, the following April, 500 poor children in Westminster were given free trips to the ice-rink as “honourary members”.

The advances in refridgeration technologies in the early 20th century, driven mainly by the need to keep food fresh also advanced the age of the indoor ice-rink.

One of the most famous of the time still exists, but is hidden away — in the basement of the Grosvenor House Hotel. In 1933, Princess Elizabeth, the future Queen Elizabeth II, learnt to skate at the hotel at just seven years of age.

The ice rink saw increased competition from cheaper establishments, and in 1935, the room was converted into a banqueting hall, which is how it is still used today. 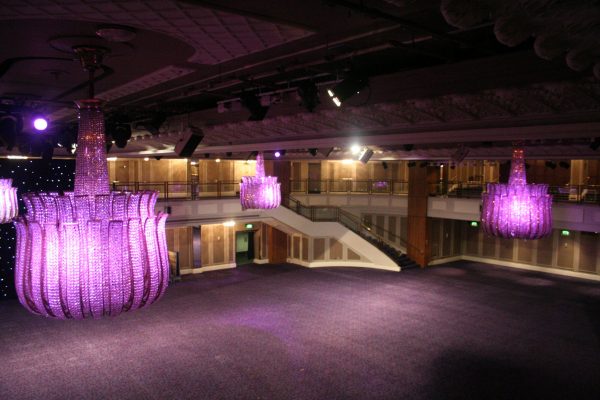 However, they just laid a new floor over the top of the ice rink — and it’s still down there, untouched to this day.