To mark the end of the 50 year service of the old Metropolitan Line trains, a grand tour has been arranged to give them a bit of a send-off before the last of them depart to the scrapyard.

It’s probably not the very final chance to catch one of the old A-Stock trains though, as the very final date for that hasn’t been confirmed yet. This is more of a send-off for the trains with plans to visit every single station along the Met Line.

Sadly, doesn’t seem to be including the East London Line, which was for a time served by the same trains – although that is doubtless due to the fact that they can’t use the tracks down there any more.

Still, would be nice to see something done there as well.

The rail tour itself will be on the 29th Sept, and will from Moorgate at 09:55am to all Metropolitan line stations, finishing at Wembley Park station at 4pm There will be a retail stand at Amersham Station, where the Museum will be selling a selection of A Stock memorabilia and other related retail items.

Tickets will go on sale from Monday 3 September.

All proceeds from the trip go to the Railway Children charity. Passengers will also able to buy a raffle ticket, which will enter them into the prize draw for the special headboard, which has been created for this run. 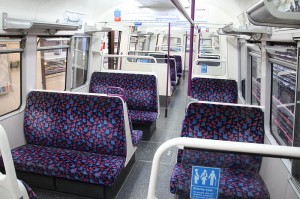